Boxwood blight has been present in Virginia since 2011 and has since spread from its original location in Carroll County to a number of other counties around the state by movement of infected plants. Because much of Virginia’s greenery production industry is located in areas where boxwood blight is known to occur, the potential for spread of the disease on boxwood greenery also exists. Last year we notified agents regarding the potential for spread of the disease via holiday boxwood greenery. Now that potential has become a reality in North Carolina. The North Carolina Department of Agriculture and Consumer Services recently discovered boxwood blight in holiday boxwood greenery sold at several retail locations in North Carolina. Although the fungus that causes boxwood blight is not active at cold temperatures, it produces structures that can survive on plant debris over the winter. The fungus could potentially infect nearby susceptible plants in the landscape when favorable weather conditions return. Therefore, it is very important that boxwood greenery be properly disposed after the holidays by double-bagging and removing to the landfill. Do not compost boxwood greenery and do not leave it in cull piles in the landscape. Inspect boxwood greenery carefully for symptoms of boxwood blight before introducing it to a site containing susceptible boxwood plants and discard symptomatic greenery as described above. Symptoms of boxwood blight include brown leaf spots with dark border, black streaks on green stems, and leaf drop. Be aware, however, that even asymptomatic greenery could potentially harbor the pathogen. If clientele have highly valued boxwood in their landscape, they may want to avoid introducing boxwood greenery altogether.

For more information on the North Carolina situation, refer to the NCSU Plant Disease and Insect Clinic blog at: http://ncsupdicblog.blogspot.com/2014/12/pest-alert-boxwood-blight-on-holiday.html.

Please make sure that property managers of historic sites in your area are informed about this update. 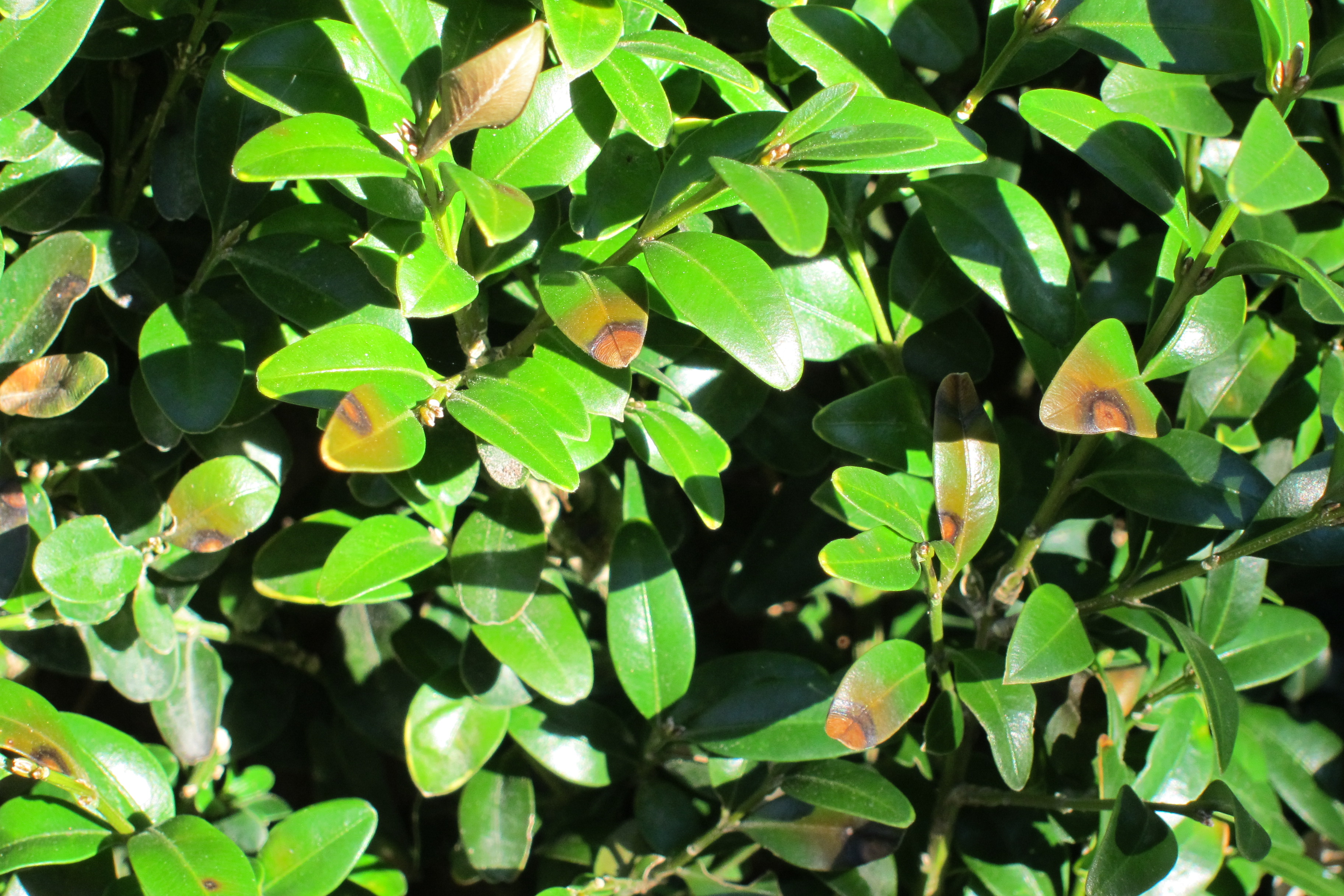 Leaf spots on boxwood caused by the boxwood blight pathogen (photo by A. Bordas) 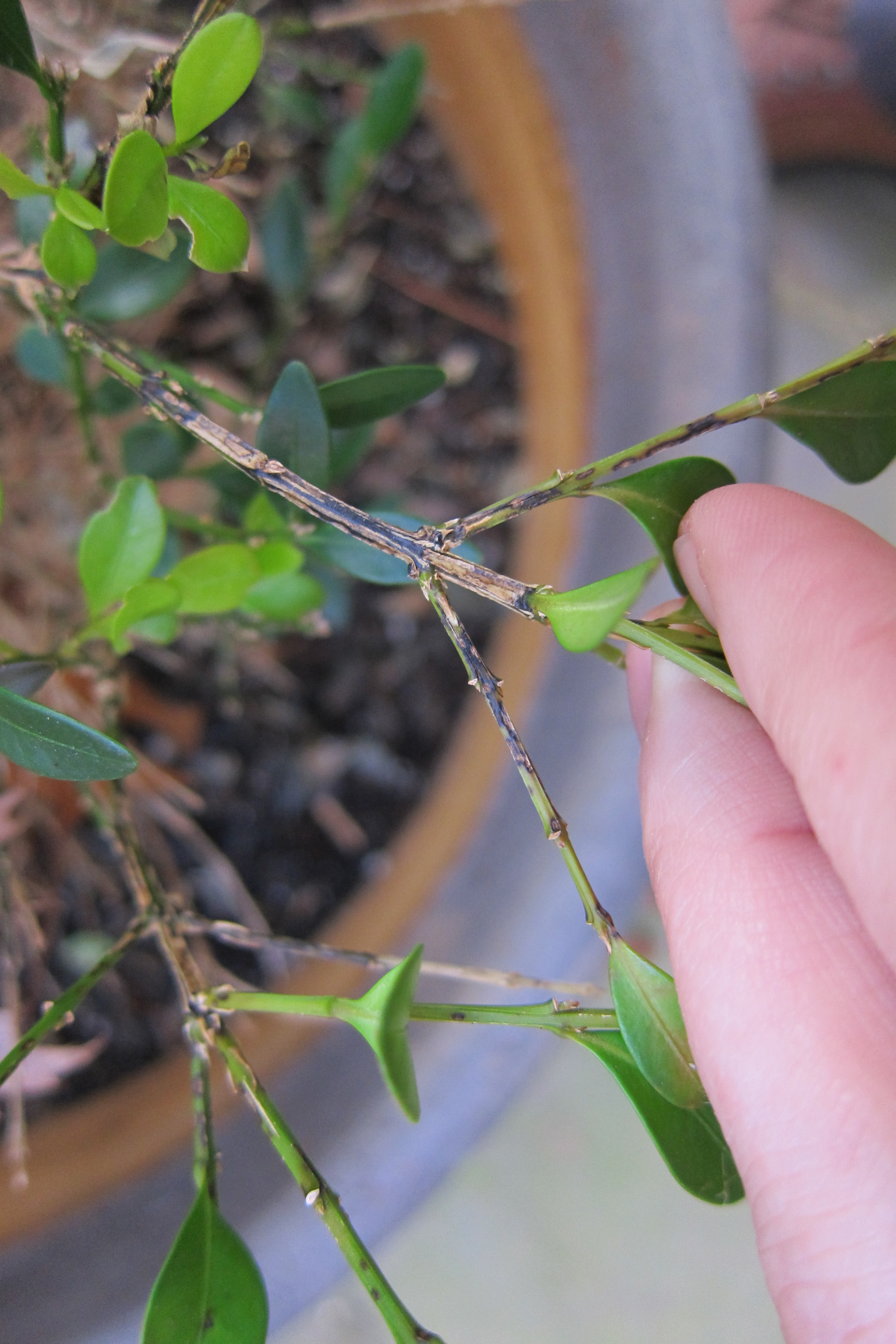 Black streaking on boxwood stems caused by the boxwood blight pathogen (photo by A. Bordas)