Rainfall across the state resulted in in saturated soils and sometimes flooded soybeans or fields to be planted in soybean.  Although fields are drying out, more rain is expected this weekend.

It’s difficult to know the long-term effect of flooding on soybean fields. Research is limited, but we do know that the fate of flooded fields will largely depend on 1) the development stage during which the flood took place; 2) the duration of the flood; 3) the temperature during and right after the flood; and 4) the drying rate after the flood.

For more detailed information, see a blog post that I wrote  in 2013 at the Virginia Soybean Update site.

In short, here are a few pointers for flooded fields.  If soybean have not yet been planted: 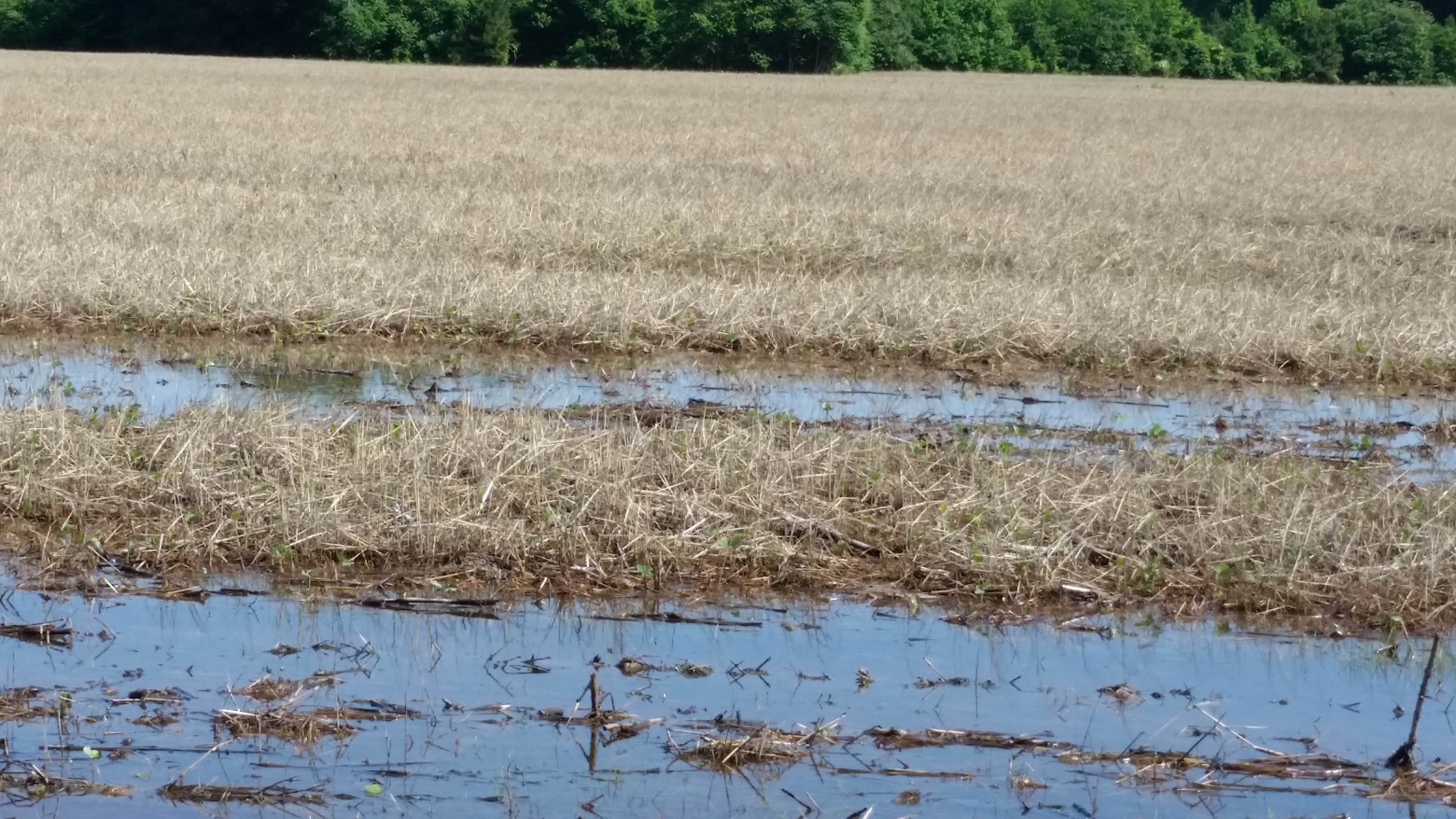 For flooded fields that have been planted: 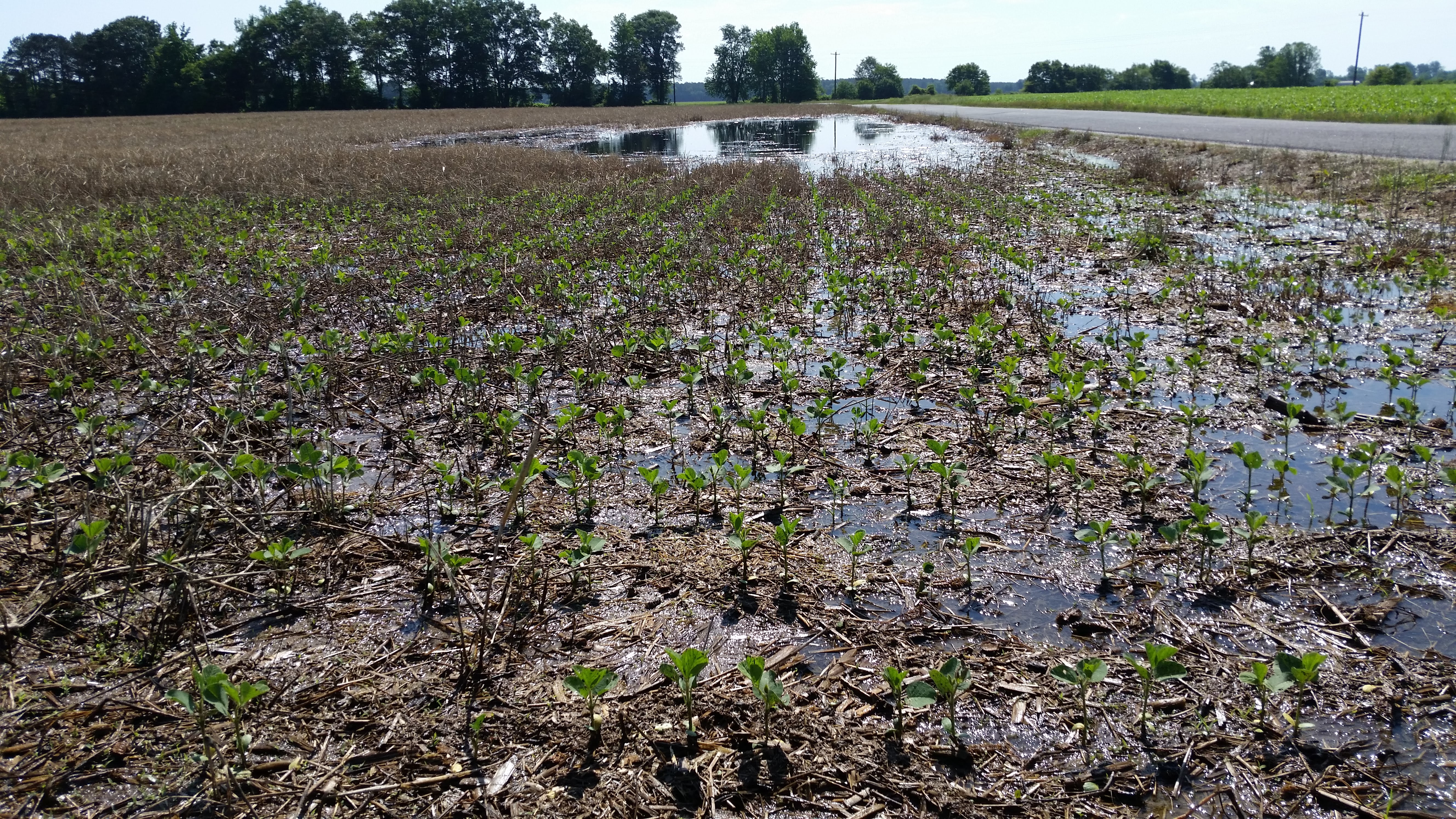