Although most of our sweet corn has been harvested for 2018, there are still some late-planted fields that may still be at risk to insect attack.  While most of the remaining pheromone traps around the state had low catch numbers, Mark Sutphin VCE Frederick County saw a great jump in corn earworm catch this week at one of the farms still growing sweet corn.  Keep in mind that corn earworm is also a pest of many other crops that may still be at risk this fall including tomatoes and beans (See images below).

Please keep in mind, In an effort to fend off any more pyrethroid insecticide resistance development in our corn earworm populations, rotating to another insecticide than a Class 3 (pyrethroid) is highly encouraged for at least one spray. Diamide insecticides such as Coragen or Besiege, the carbamate Lannate LV, or the spinosyn Blackhawk, are all effective non-pyrethroid options.

Also, Phil Blevins VCE Washington County reported some of the highest fall armyworm catch of the year >200 moths in the bucket trap this week.  These moths showed up late to southwest Virginia and are probably not going to be much of a pest concern in the state, and they will not successfully overwinter here as they are a tropical moth. 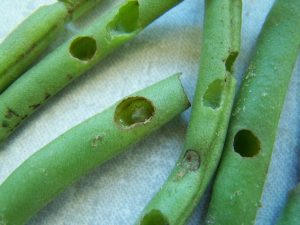 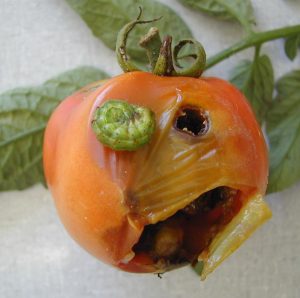