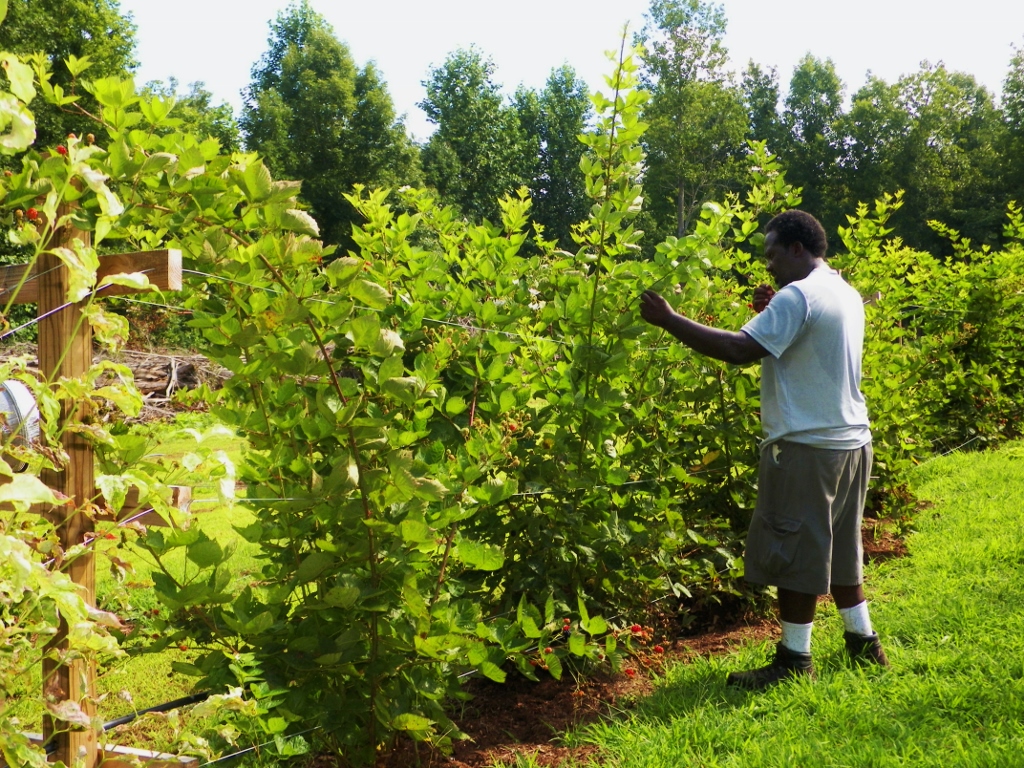 Richard is doing something rather unique in his part of Amelia—he is growing blueberries, blackberries, and raspberries. There are quite a few families growing small fruits and fruit trees in Central Virginia, but Richard is one of the few landowners who has delved into berry production as a farm enterprise. 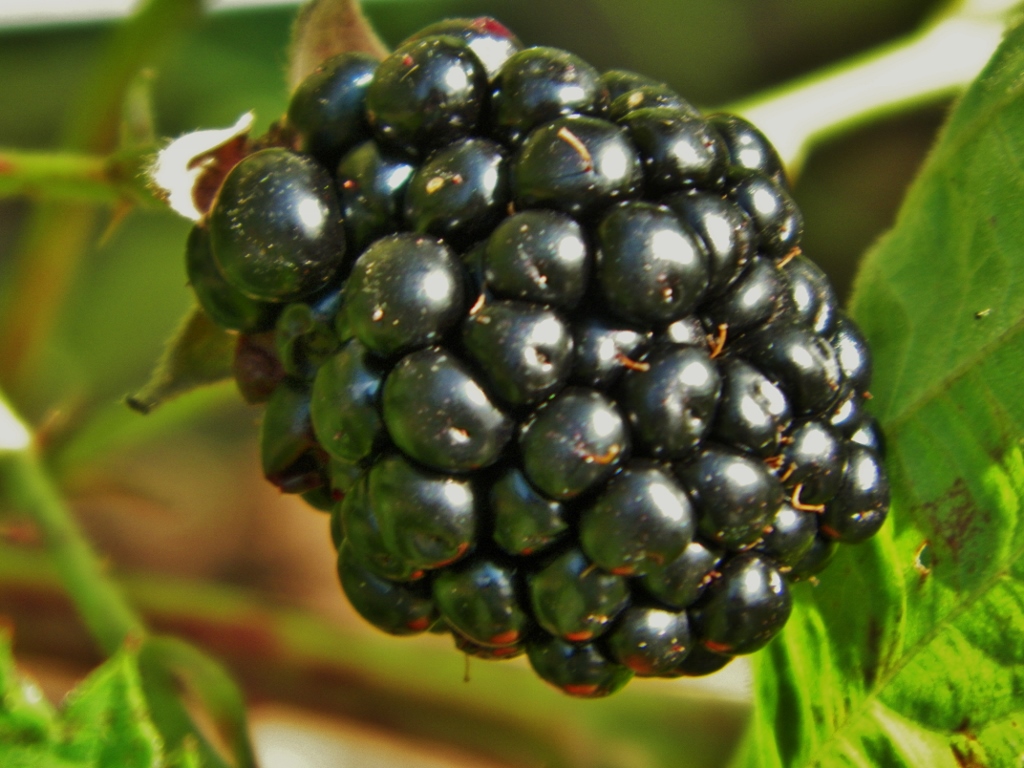 He brought his first plants to his property in 2012, and his experience since then has been positive. He harvested and sold berries this summer and is expecting more to ripen soon as the summer winds down. Richard hopes to add more plants in the upcoming season. His operation includes raspberries, blueberries, and blackberries. 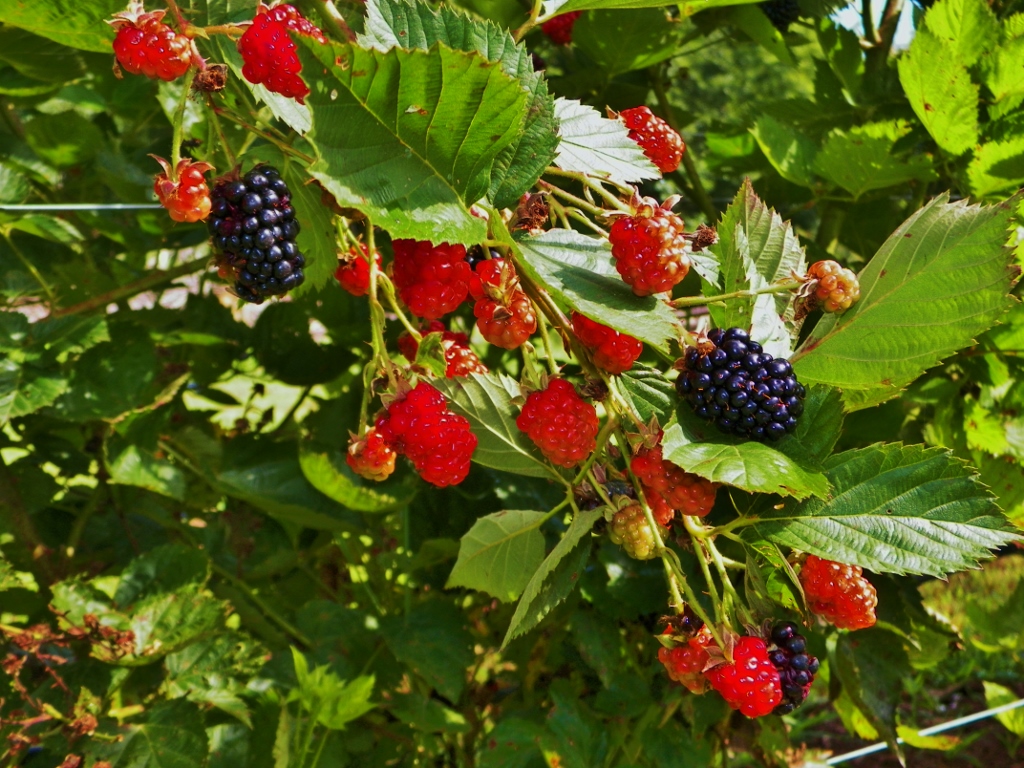 Thanks to careful planning and good foresight, Richard realized that if he grew varieties that matured at different times of the year, he would have a constant supply of berries either for sale or for potential use in products made on the property. For example, his Arapaho blackberries ripen in early summer, while his Triple Crown blackberries ripen in July or August. Berries can only last for a few days in a cooler before they spoil, and it is difficult to pick, store, and market large quantities of berries that are ready for sale all at once. 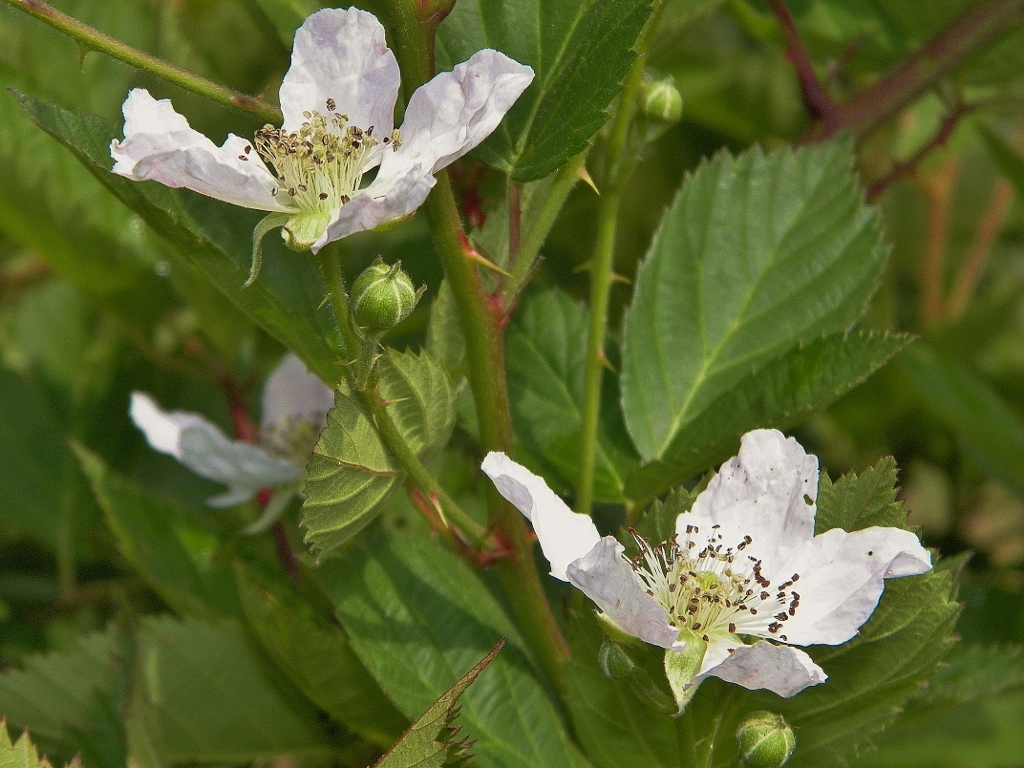 Richard has faced his share of challenges during the establishment of his plants. Although moisture was not his biggest concern this year thanks to abundant rain, he set up a drip tape irrigation system in anticipation of dry summers in the future. Drip tape runs down the rows and contains openings that deposit water close to the ground near the root zones of the plants. This prevents fruit rot, which can spread and grow more easily under an overhead watering system, and the system reduces moisture losses from watering during hot weather. 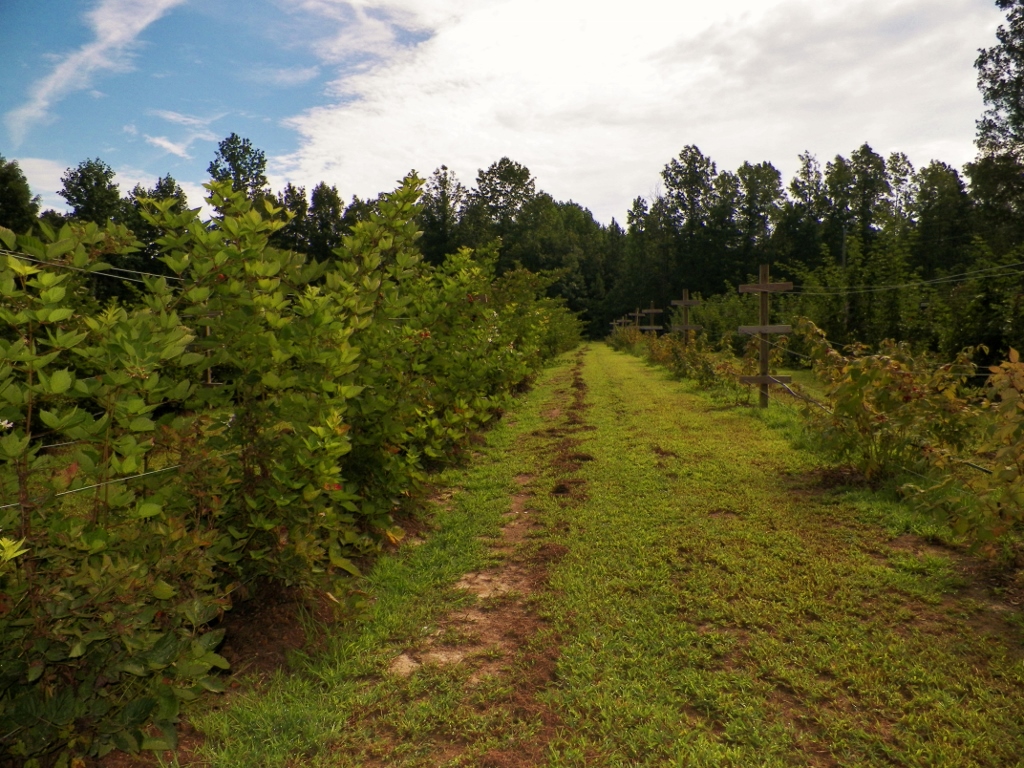 Like all growers, he continues to battle weeds and grasses that grow between the rows of berries. Any unwanted plants growing near the berries compete for valuable nutrients and water. Richard is working on fine-tuning his fertilizer regimen, but using soil tests has helped him eliminate guess-work and strategically choose which nutrients are needed and which are not. Using soil tests to inform fertilizer decisions prevents producers like Richard from over-applying costly nutrients. 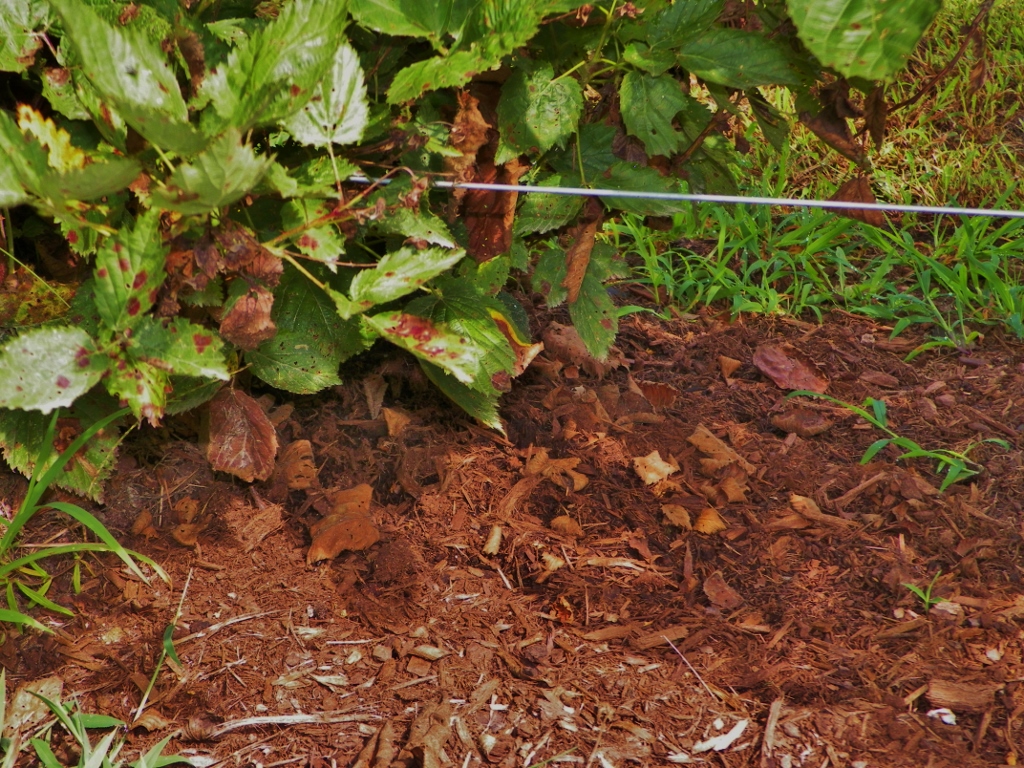 Richard mulches around his plants in order to suppress weeds and control moisture. He has found that pine fines work well around his blueberries. Mulches made from pine tend to be acidic, and blueberries need to grow in acidic soils with pH levels near 4.5-5.2 Richard has begun to use other materials around his blackberries and raspberries, which prefer soil pH levels near 5.8-6.5. 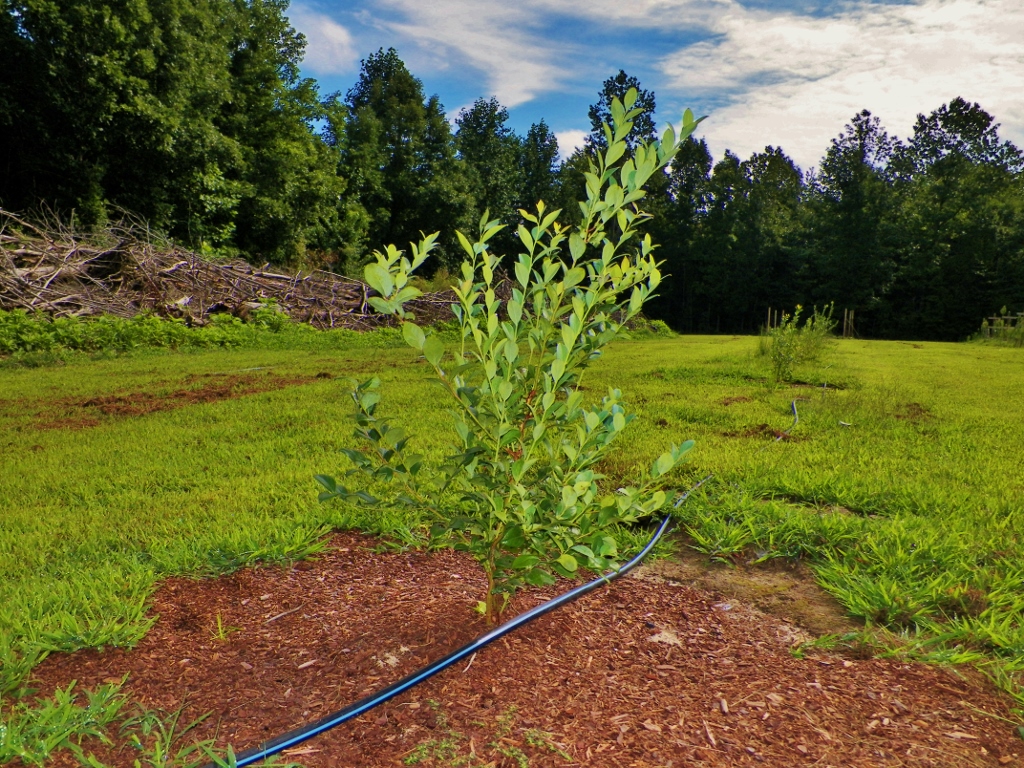 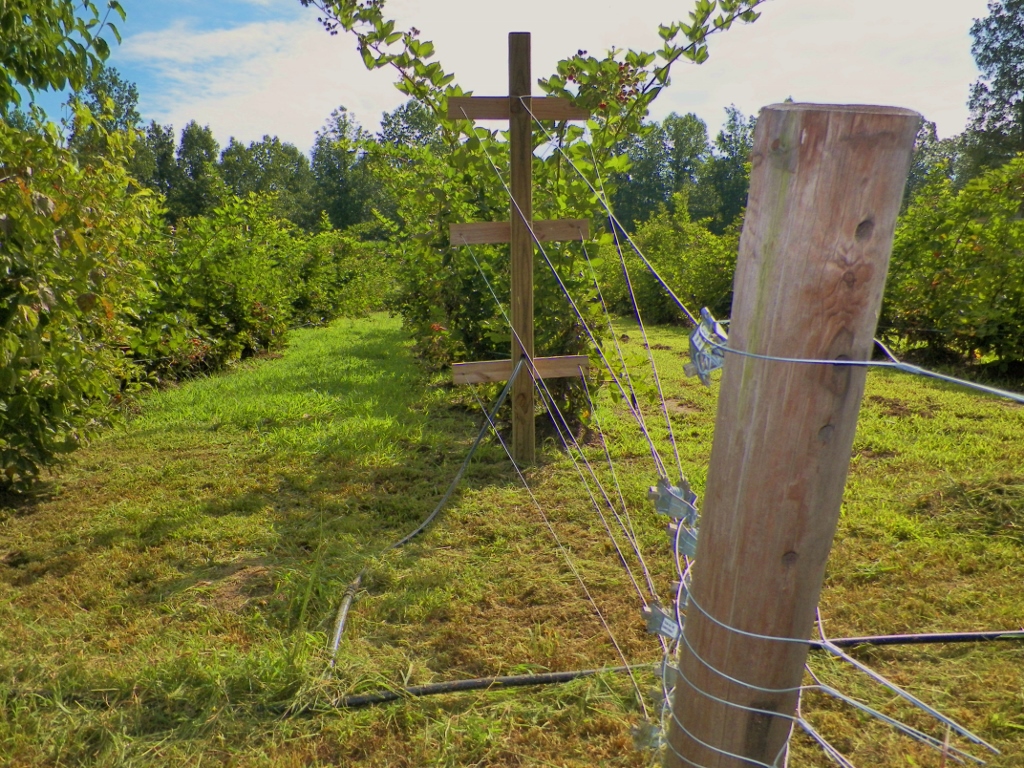 If all goes well, Richard hopes to expand his operation and adopt management strategies that will encourage increased berry yields. He has plenty of chores to continue through the year, including the perpetual task of pruning canes and branches, but the effort he has put into getting his farm off the ground is paying off. 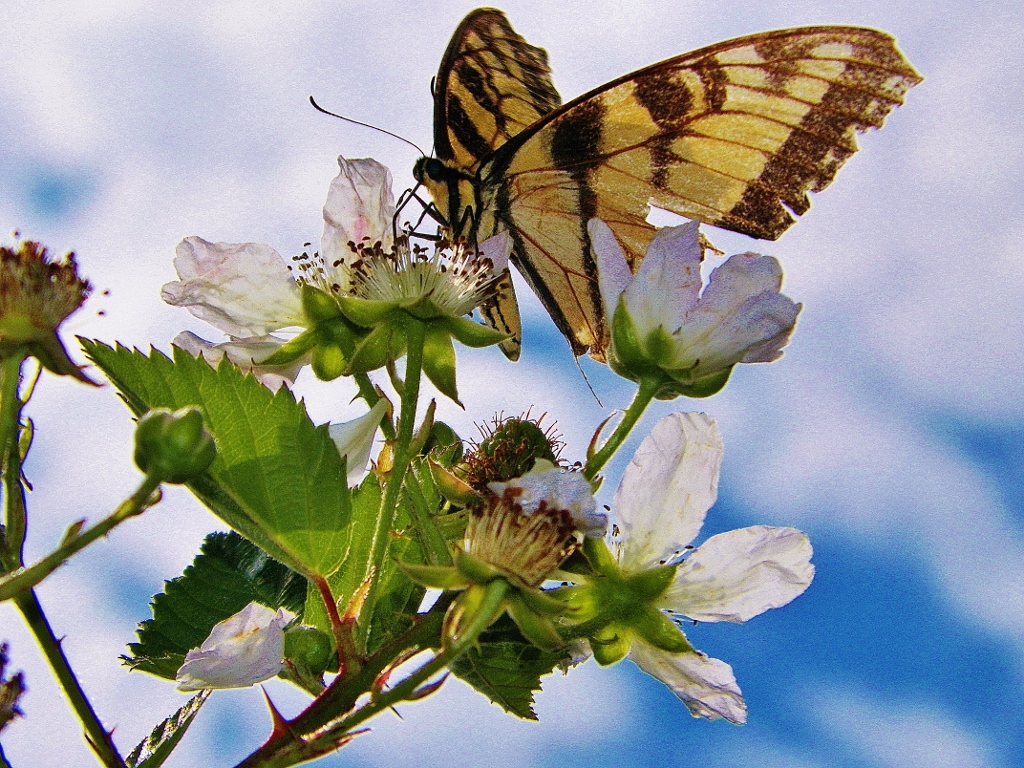 Berry growers must control insects in order to maintain a marketable product, but they should take careful steps to avoid harming populations of beneficial insects and pollinators. For example, a grower should choose the right product for the target pest and use it in a time frame when beneficial insects are not active around the plants.

Small Fruit in the Home Garden

Small Fruit Planting-Reasons for Planning Ahead