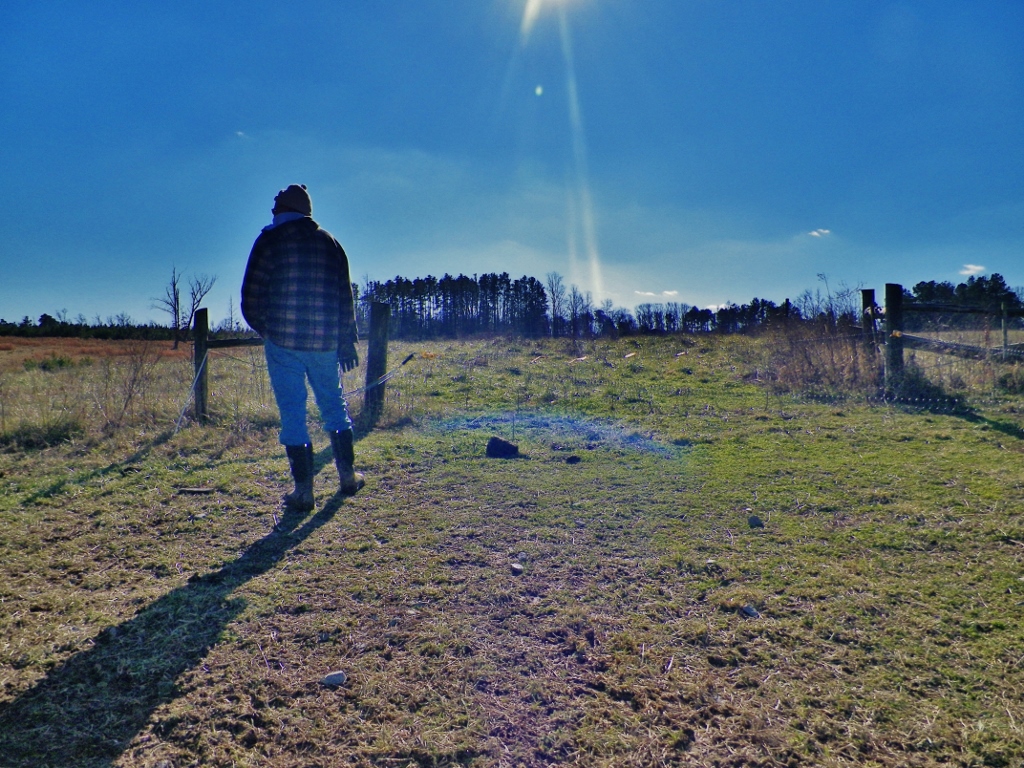 He has worn many hats over the years—Extension agent for Chesterfield County and then Amelia before he retired, cattle producer, and founding member of the regional Amelia Area Cattlemen. He is also one very excellent pasture manager. He spent the last several years improving the pasture on his Amelia farm, adding fencing and water sources as he went. When he first set out, his goal was to sustain enough forage to successfully support a beef cattle herd on a year-round strip-grazing management system.

Pasture land in central Virginia is abundant, hence the number of cows in the region, but not all producers are able to sustain animals year-round on pasture alone. Why? The availability of pasture forage depends on the seasonal growth of the species in the pasture. Because this region is set between the cold northern climate and the warmer South, cool-season and warm-season grasses can both be grown here and many pastures contain a mixture of both. 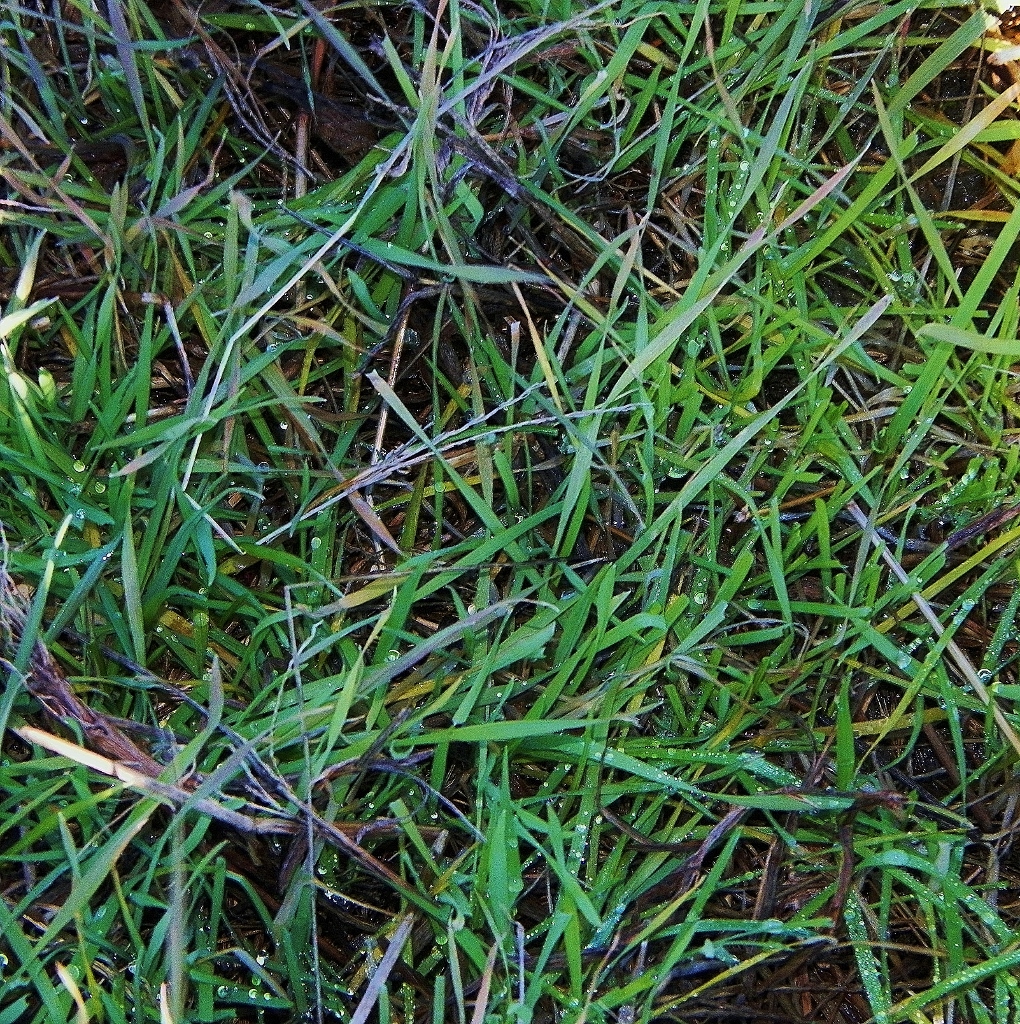 Mike Henry’s pastures contain a mixture of tall fescue, orchardgrass, clover, and even some ryegrass that emerged in early winter.

Cool-season forages grow most actively in spring and fall when the weather is cool, but go dormant in the summer when little moisture is available. Many producers must resort to feeding hay during this season while they wait for fall pasture regrowth. Tall fescue is the most common cool-season forage in most pastures, but other plants like Kentucky bluegrass, orchardgrass, timothy, and clover are also in this group.  Cool-season grasses stop growing during the winter, but can be preserved or “stockpiled” during the cold. Tall fescue is the hands-down best choice for stockpiling, retaining its nutritional value for several months after the growing season even under snow and ice. In order to stockpile a tall-fescue pasture, the manager must remove the animals from the area in the late summer, giving the pasture a chance to recover and initiate heavy fall growth. The animals can return to the well-grown pasture in December or January, resulting in an extended grazing season that heavily cuts the costs associated with feeding hay.  Mike Henry practices stockpiling on his pastures, as do many of his peers in this region. 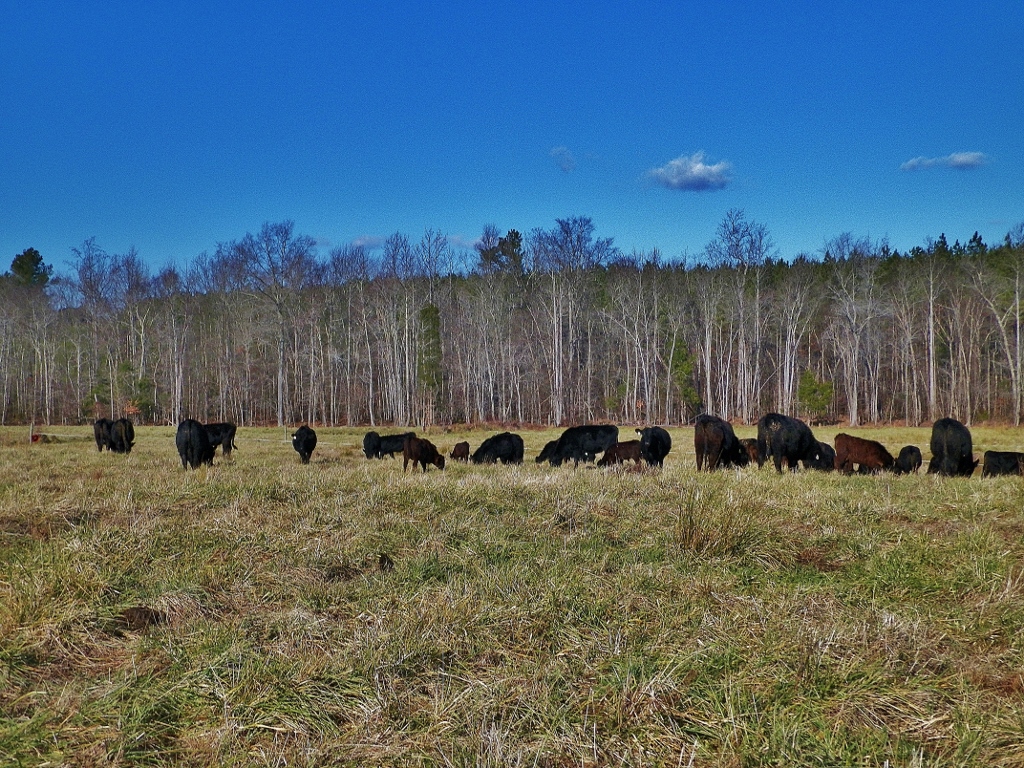 Warm-season forages like Bermuda grass or crabgrass have the opposite growth pattern. Their growth is dominant during the hottest part of the year, but they go dormant at the end of the summer and do not take off again until the spring. As a result, producers with pastures full of warm-season plants must either feed hay during the cool seasons or establish a cool-season pasture in a new area to keep cows fed during the fall, winter, and spring. 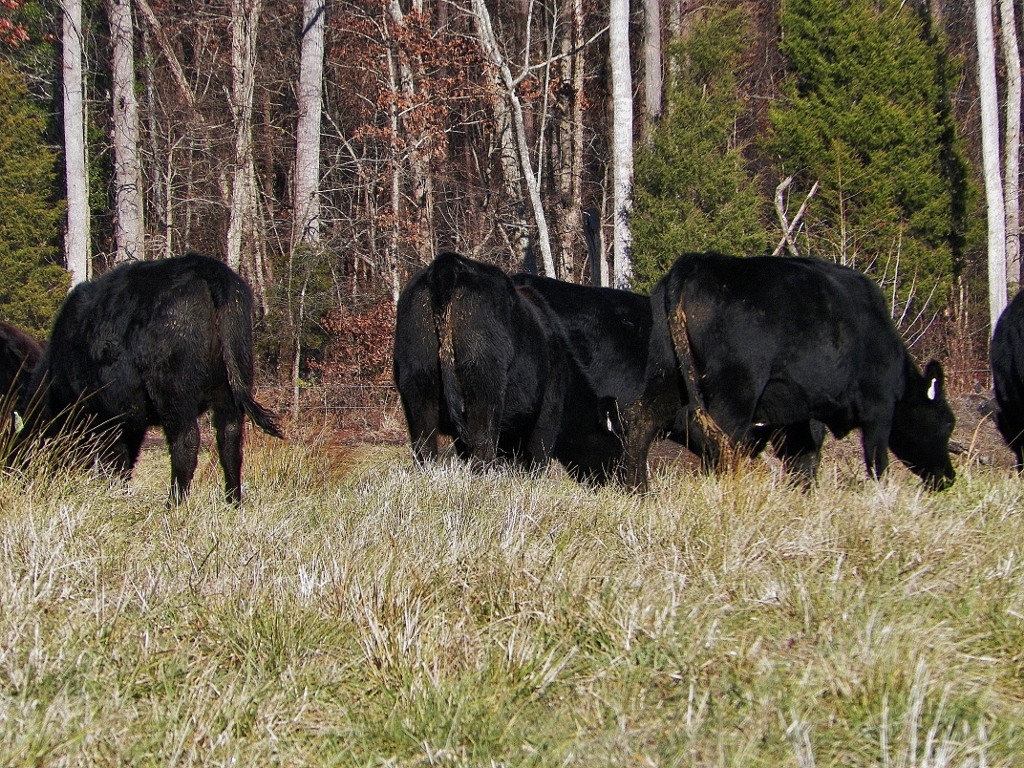 Mike Henry’s pastures contain mostly tall fescue, but other elements including crabgrass, orchardgrass, clover, and ryegrass are present and contribute to the diversity of the available forage. The clover mixed with the cool-season grasses is a legume plant, meaning that it contains a high level of protein and supports the needs of young, growing cattle and lactating brood cows. To establish and maintain dense stands of these forages and choke out competing weeds, Mike has stayed on top of mowing, seeding, reseeding, and nutrient management, but the economic benefits have outweighed the costs. 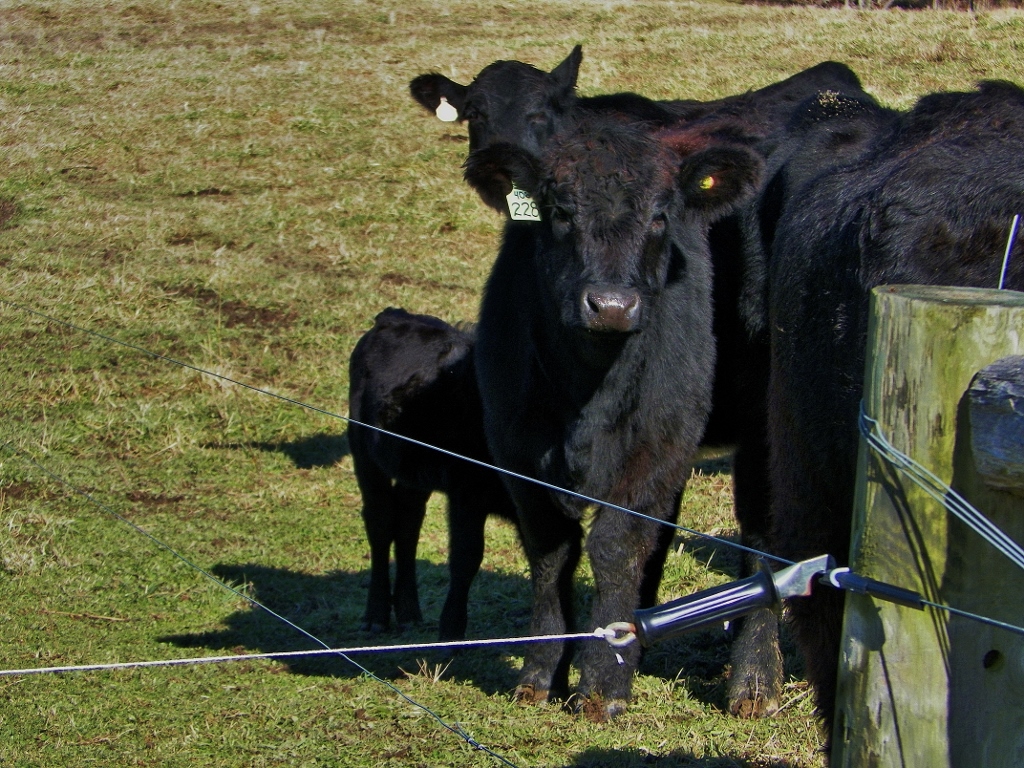 In a “continuous grazing” system, cattle are given access to the entire pasture acreage at once, so they have the option to overgraze forages that are highly palatable, stressing the plants’ root systems. They under-utilize other areas, and they tend to create muddy spots near central hay feeders and water troughs. Finally, they may not distribute their manure very evenly, resulting in both mucky areas with a glut of nutrients and neglected areas that receive very little natural fertilizer. The alternative? Many producers have adopted “rotational grazing,” whereby a pasture is split into a few sections and animals are moved from one section to another every few days or weeks. As a result, each pasture section has an opportunity to rest and build strong roots, resulting in a longer-lasting, more robust stand of forage. Furthermore, the animals consume the existing grasses more evenly and efficiently. Manure is distributed far more uniformly in a rotational system, which aids in desirable nutrient cycling and reduces fertilizer expenses. 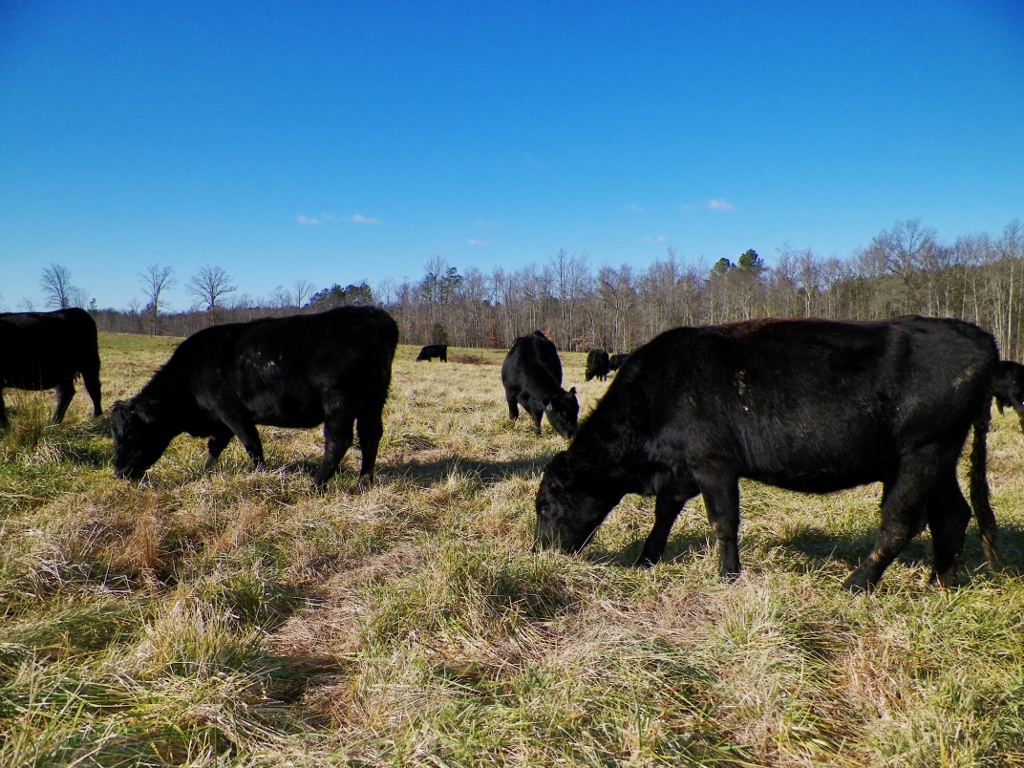 Mike Henry practices the more intensive cousin of rotational grazing, known as “strip grazing.” In this management system, cows are given a small strip of pasture at a time and are moved from one strip to the next as frequently as once a day or sometimes even every few hours. The pasture utilization rate increases dramatically when animals are tasked with eating one small area at a time. Mike knows that the key is making sure that the cows always have something to eat, so he will be the first to tell you that strip grazing brings an economic advantage but also a new requirement for labor.  Nonetheless, since most cattlemen check their herds frequently, the time it takes to open or close a temporary fence to a pasture strip is negligible and affords an opportunity for the producer to get a close-up look at the cows. 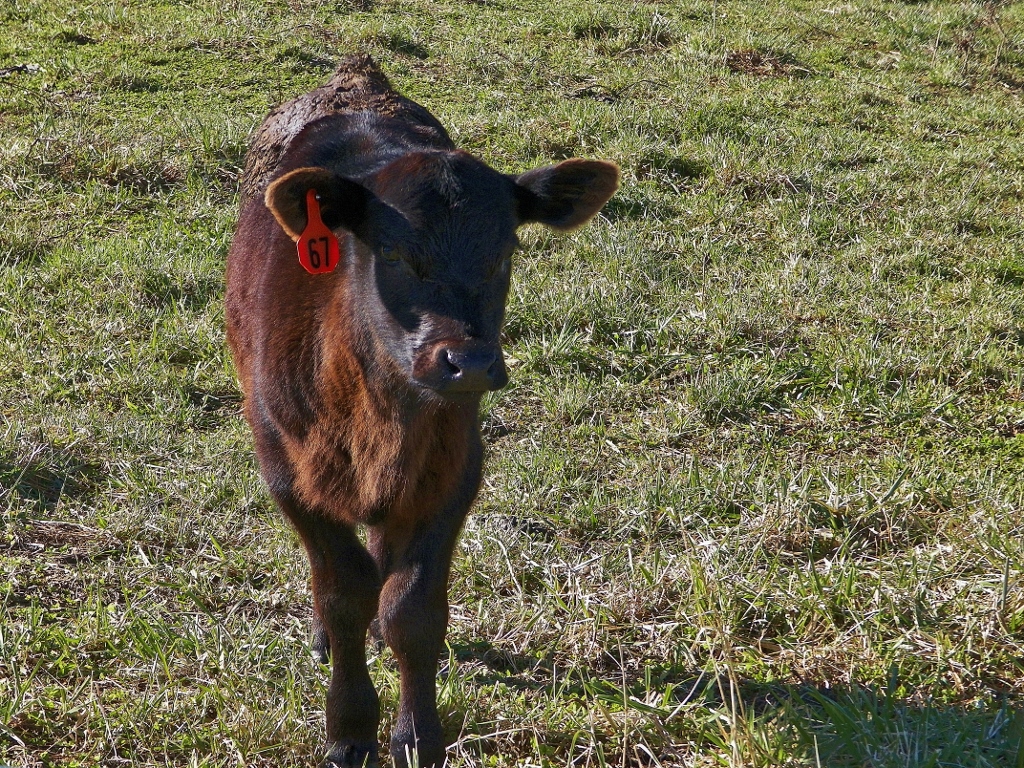 Mike’s pasture setup is conservation-minded. He has excluded his cattle from the dam and waterways on his farm, and on the occasions when he has had to supplement his pasture with an occasional bale of hay, he unrolls and spreads the hay in a new area each time so that the cows do not heavily disturb the soil in one particular location. 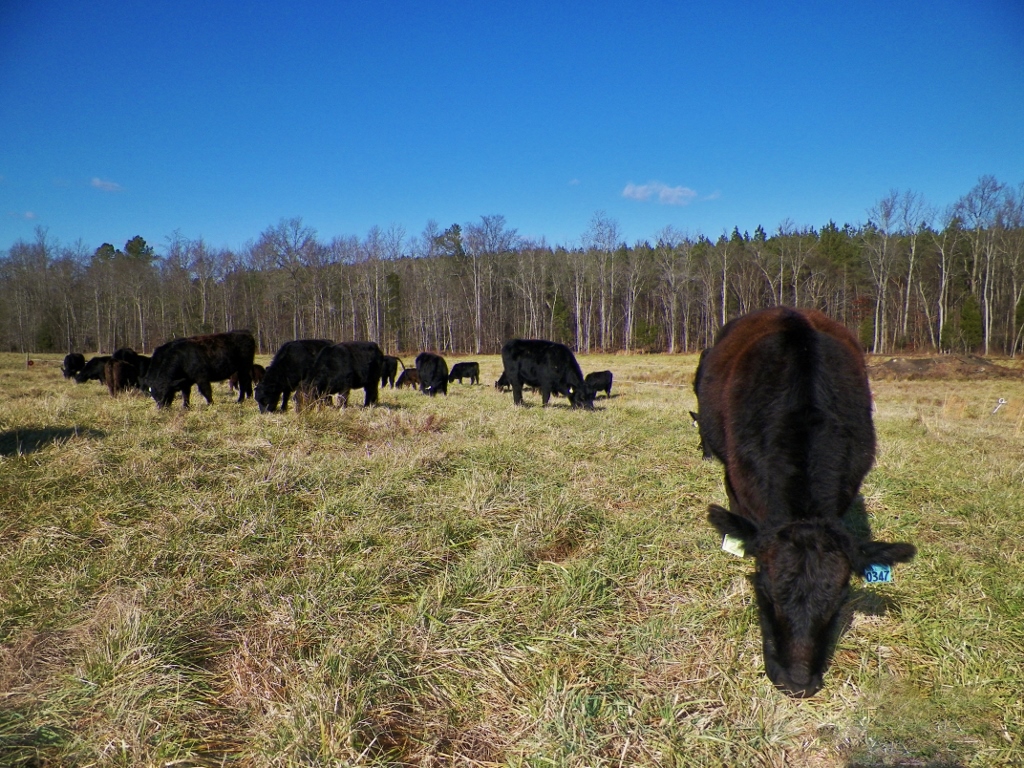 As a former Extension agent, Mike understands the value of helping other farmers, so he has had the opportunity to show his system to several beginning cattle producers and even a few experienced ones who wanted to see strip grazing in action. He has also noted one unexpected benefit from all his time spent moving fences and walking the pasture to check on his forages—the heifers he manages have become more docile from close daily exposure to his presence and follow him wherever he goes, making it easy for him to take them wherever he needs them. Add up quiet cattle, a thriving pasture, and annual hay savings to get one content cattleman. 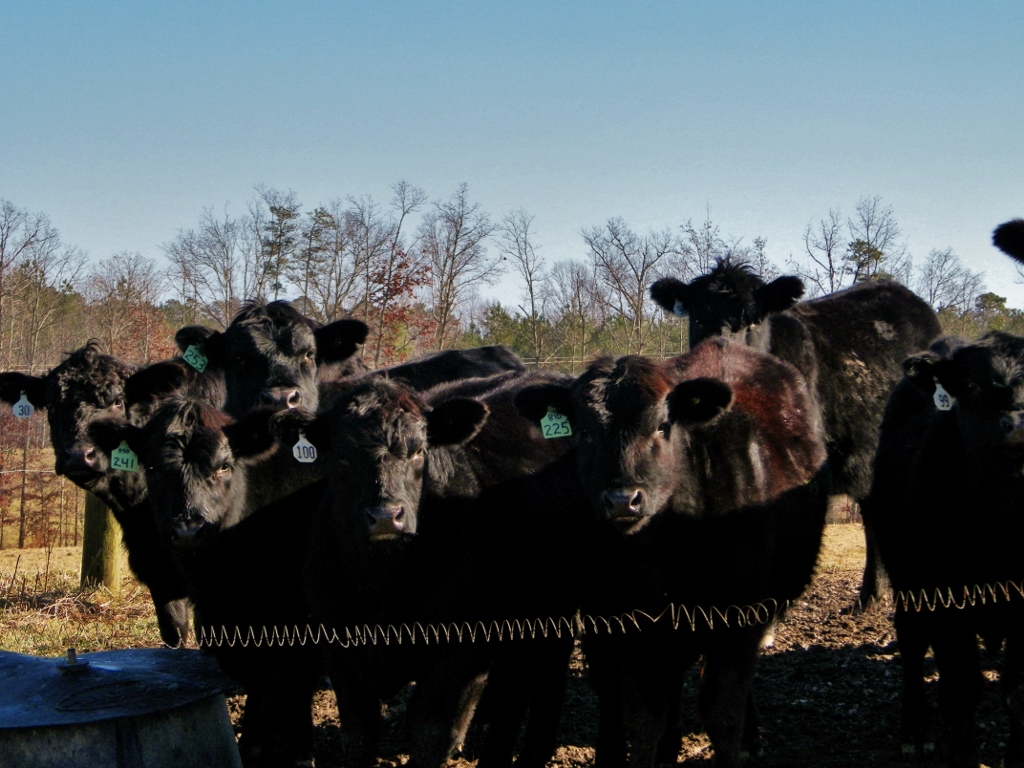 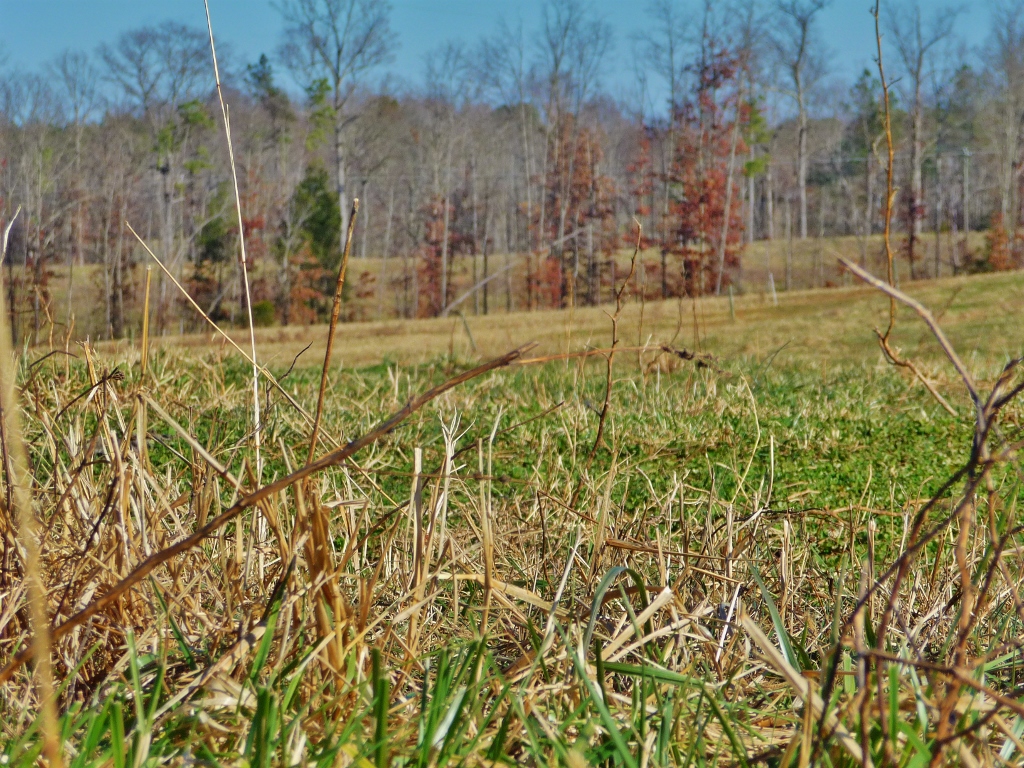 Making the Most of Tall Fescue in Virginia