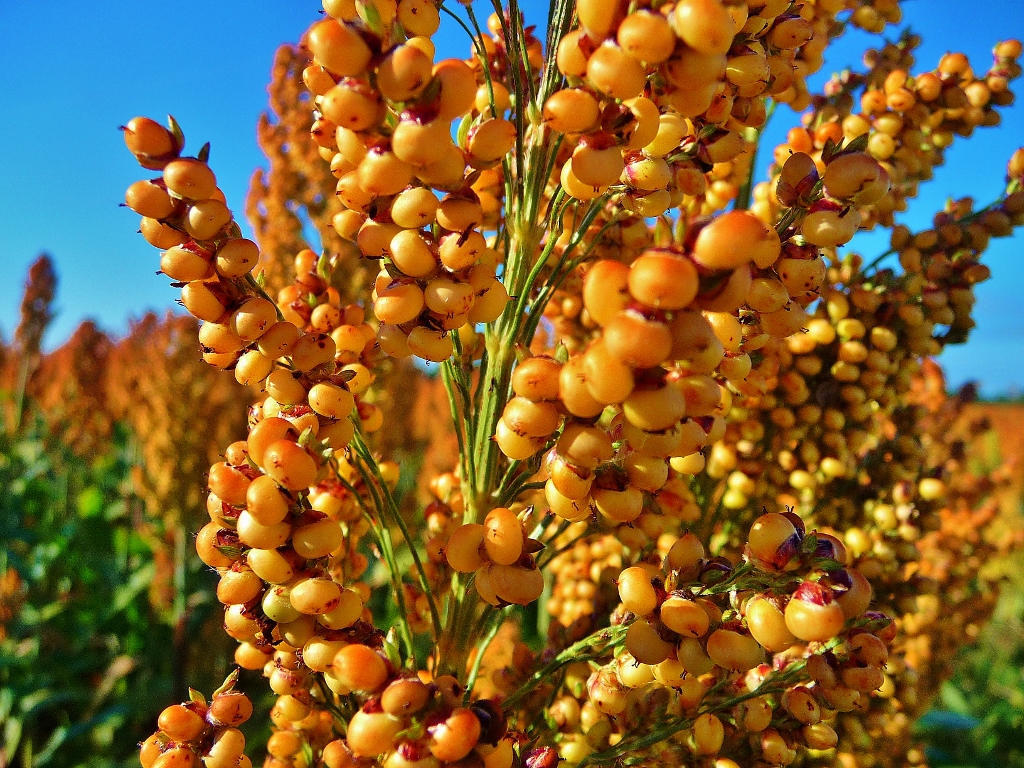 David raises cattle on his farm in central Virginia, but this year, he also gave sorghum a shot. 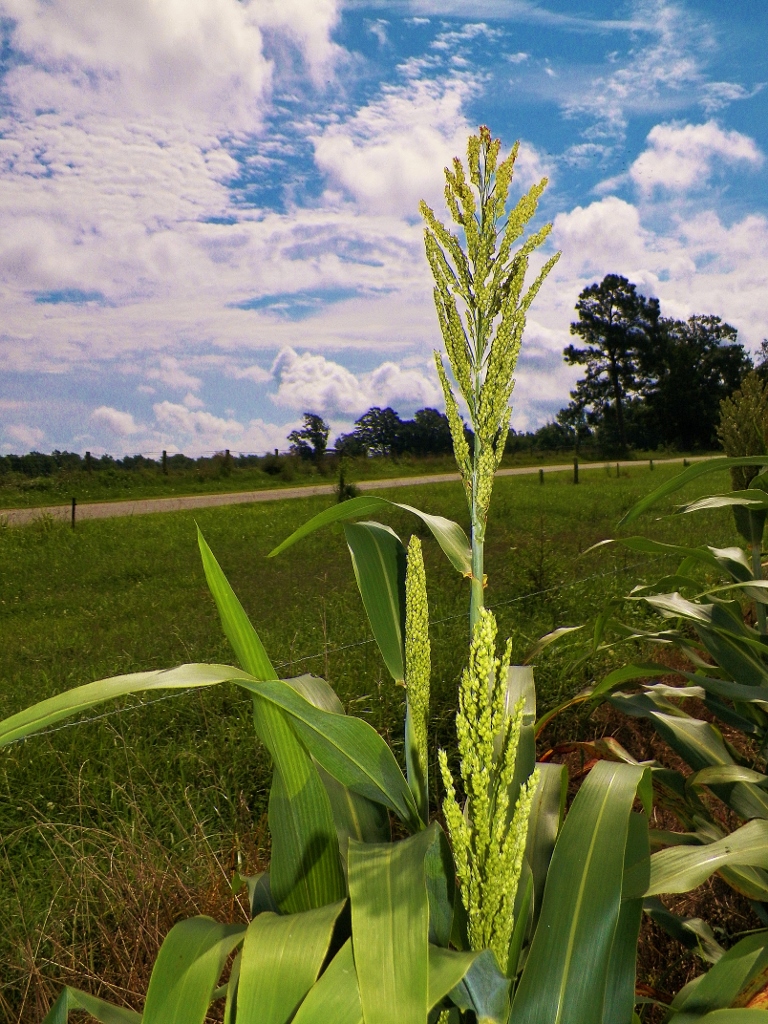 Sorghum—or milo, as some call it—is a summer annual plant that was developed in the Upper Nile region of Sudan. It is quite versatile. Most varieties have been developed for grain harvest, while others are chopped for silage as an alternative to corn. Sorghum-sudangrass hybrids are becoming increasingly popular for hay and forage because they can be grown during the summer months when cool-season grasses like tall fescue hit a slump. Varieties that make up the “sweet” sorghums are valued for the juices that are extracted from the plants’ stalks and turned into sorghum syrup, a homestead specialty that has become rather rare. Furthermore, faculty at Virginia State University and other research centers are developing varieties of sorghum that are suitable for use in biofuel production. 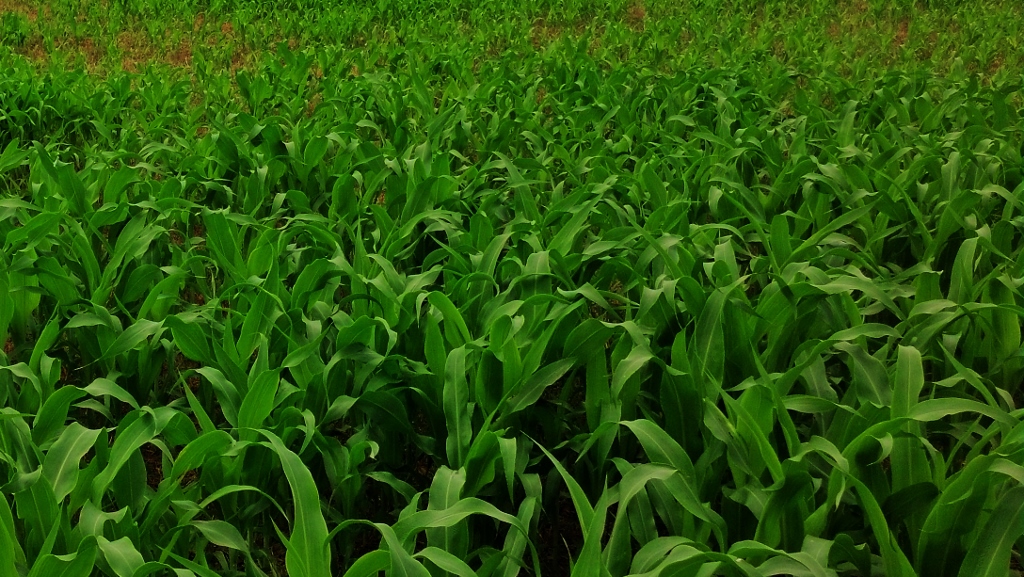 Sorghum has been grown for grain in many states for a number of years, but many new producers in Virginia and North Carolina, including David, have recently decided to try it thanks to an increase in demand from livestock operations in the state. The rising costs of fuel, labor, and fertilizer in combination with past periods of drought have raised the cost of feeding corn on these operations. Managers are looking for alternate feeds that equal corn in nutritional content, so sorghum has become a good pick. Most grain sorghum produced in the U.S. is used as animal feed, but sorghum is growing increasingly popular as a gluten-free, high antioxidant food in the U.S. Many farmers favor sorghum because it is more drought-tolerant than corn. While corn and sorghum may both curl up during a dry year, sorghum can wait longer for moisture to return and will bounce back readily after a rain. Sorghum also adds flexibility and diversity to a crop rotation, resulting in easier disease and pest control. 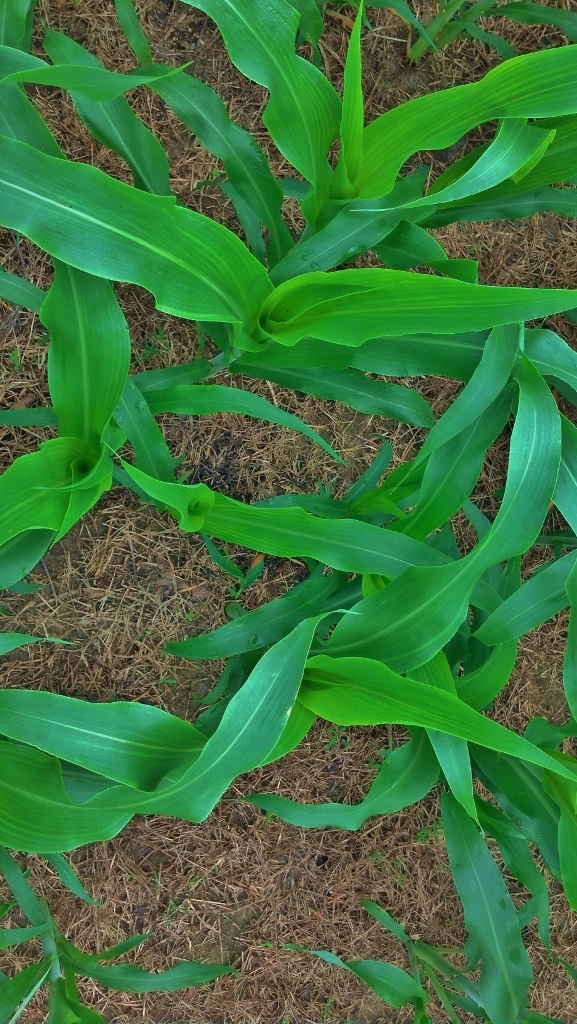 David was among many farmers in the state who faced some challenges during the early part of the growing season. Excessive rain washed nutrients out of the soil in high parts of fields, leaving seedlings with shallow roots temporarily deficient in phosphorus. Seedlings in low areas, especially in flat fields in eastern Virginia, faced the risk of drowning. The heavy, constant rains also created a good environment for pressure from seedling disease issues like damping off and root rot. Fortunately, David’s sorghum weathered the late spring and grew out nicely. The same is true for most of the growers across southside and central Virginia. In fact, the middle and late summer moisture was a boon for both corn and sorghum plants in later stages of development. 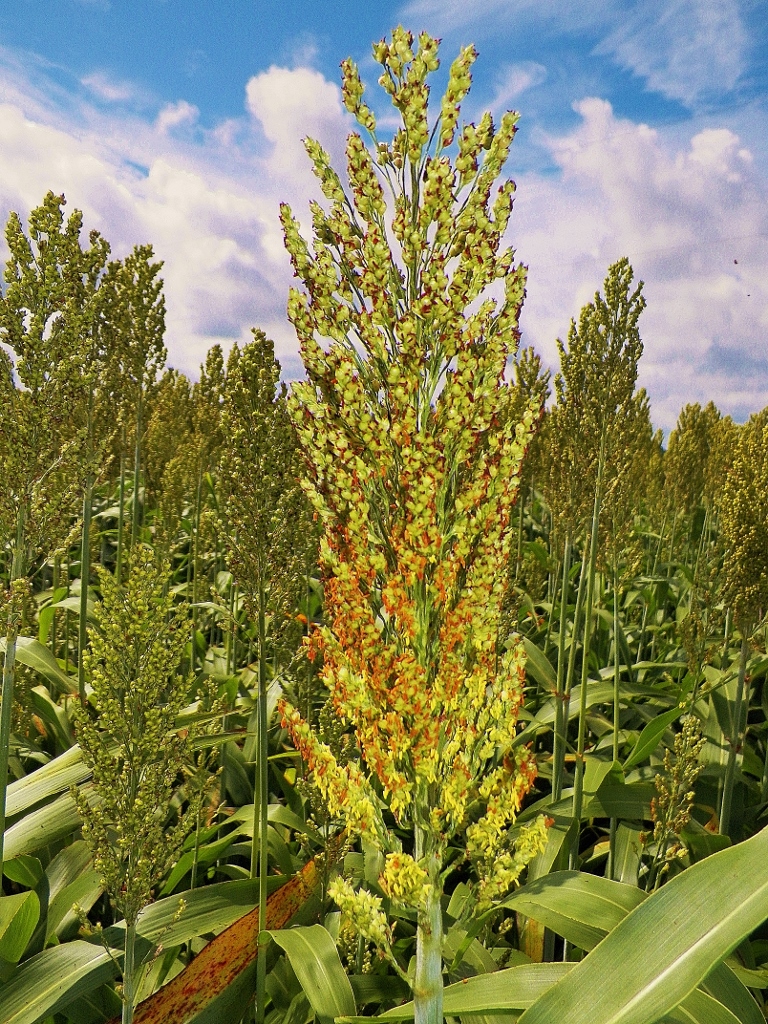 This sorghum has developed a head but the gain has not filled yet.

Grain sorghum looks like corn throughout its early growth stages, but rather than developing ears, it grows a head with small, rounded seeds that appear as pyramidal cluster. The grain must be harvested before it becomes dry enough to “shatter” or fall off prematurely before or during harvest. Ideally, it should be harvested between 17 and 20% moisture to prevent losses at harvest. However, grain at these moisture levels will spoil easily during storage, so the harvested grain must be dried so that it reaches a safe storage moisture level of 10-12%. 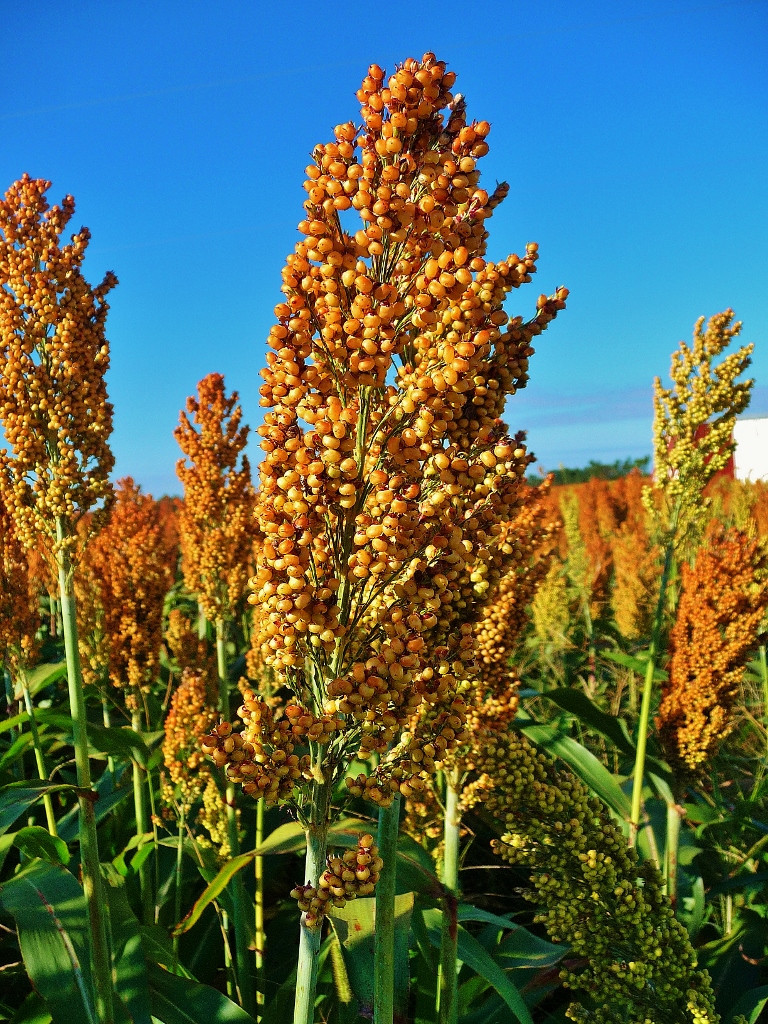 The grain shown here is well-developed and almost ready for harvest.

The future of sorghum in the state looks bright. Sorghum grain is not a complete replacement for corn and not all growers have the equipment to grow and dry it or access to an increasing market, but acreages in parts of the state near large buyers are expected to increase. This year, the drought-ready traits of the crop did not have an opportunity to shine. However, in view of the uncertainty of next year’s weather, many sorghum producers will be better equipped to withstand a dry year. Sorghum is not new to everyone, but thanks to new growers like David and expanding markets in and around the state, it is enjoying a resurgence and helping farmers mitigate risk and diversify their operations. 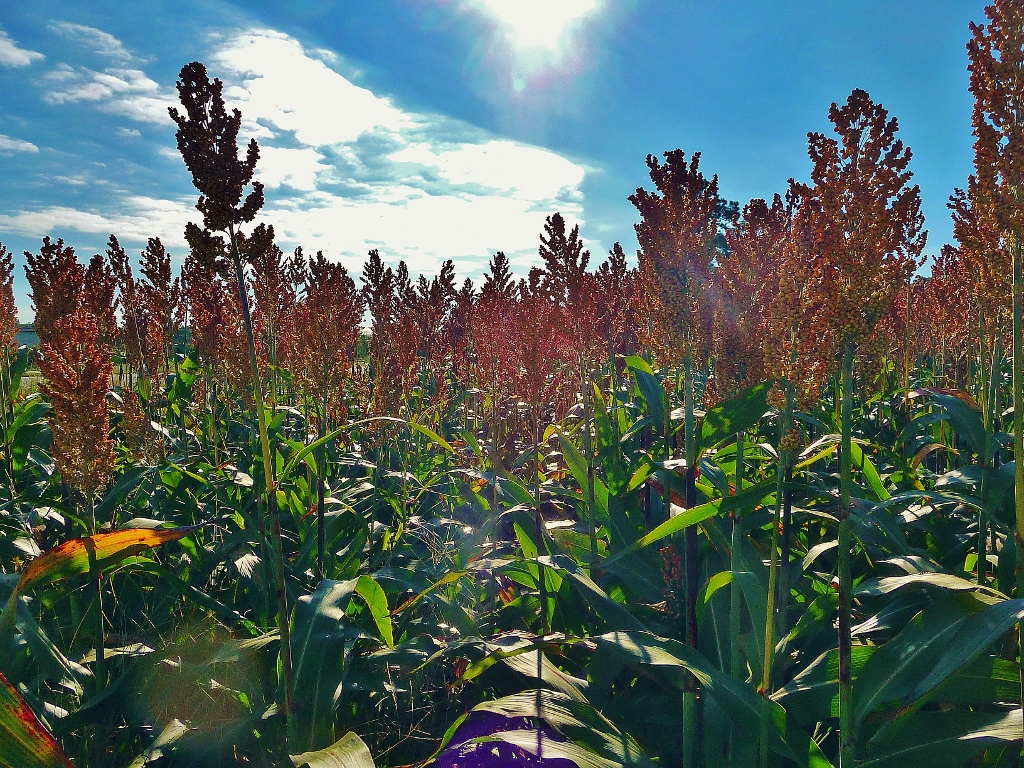