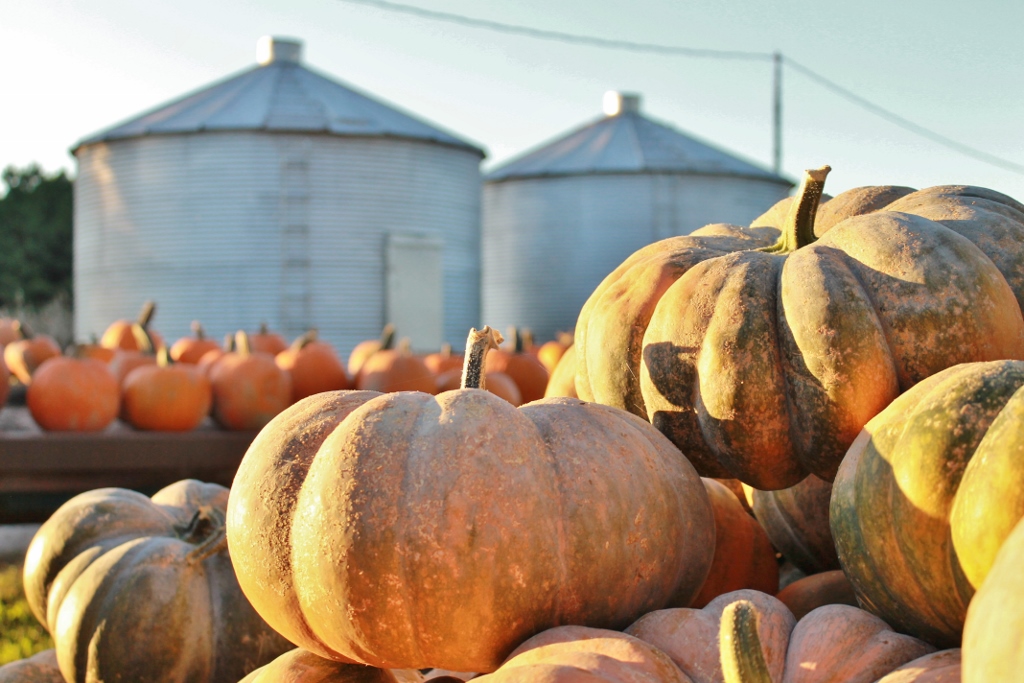 Many agricultural operations in Virginia are run as family affairs, but for the Parrish family, farm chores ranging from building a corn maze together, helping small children catapult gourds into a pasture, and turning a silo into a theater stray from the conventional.

The Parrish Pumpkin Patch, located near Dundas in Lunenburg County, currently boasts hay rides, old-fashioned corn shelling, activities inside a themed corn maze, a corn pit, a slingshot, a wide array of pumpkins and gourds available for sale, and a collection of barnyard animals consisting of three goats, two pigs, plenty of chickens, and “one very spoiled Jersey cow,” according to Liz Parrish. 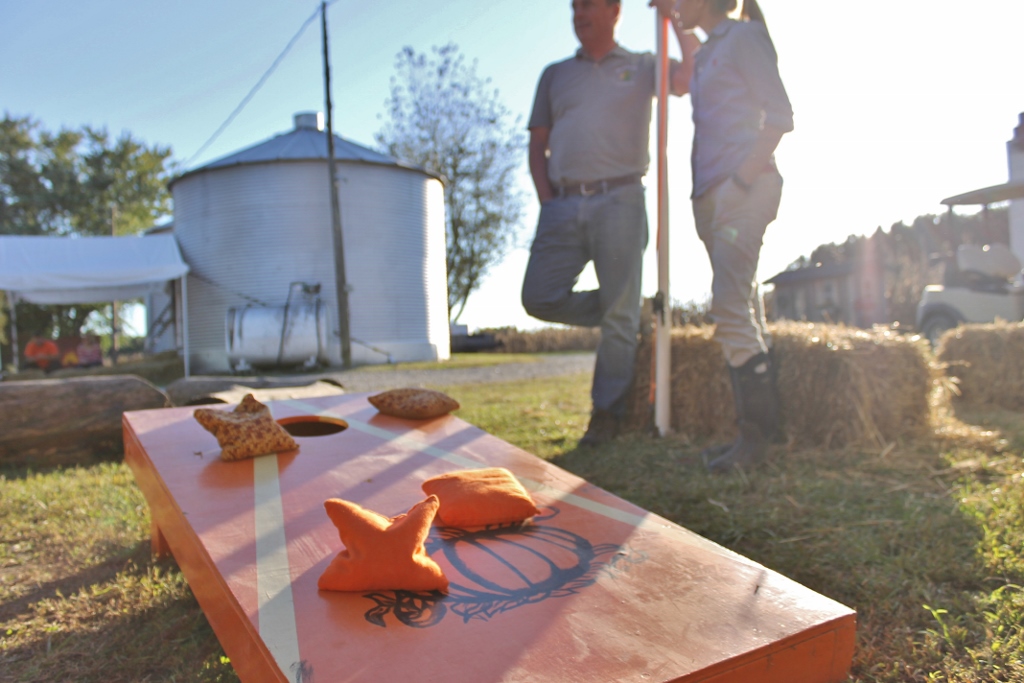 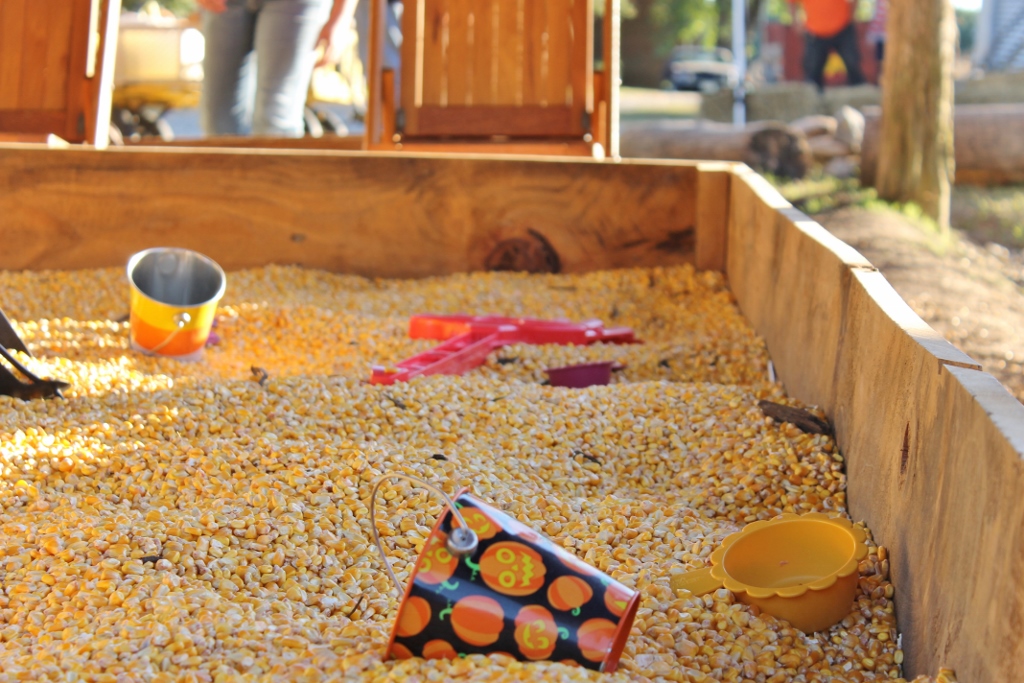 Liz and her husband, Jeff, have changed and improved the patch every year with the help of their children Vayda, Eli, and Cary. “It’s our seventh year in the pumpkin patch business. We’ve really evolved over these years,” Liz says. Cary currently attends Central High School, Eli is studying agribusiness after participating in FFA throughout high school, and Vayda is studying at William and Mary, but they each helped with day-to-day operations as the farm developed and they still handle responsibility for a number of vital tasks alongside their parents. 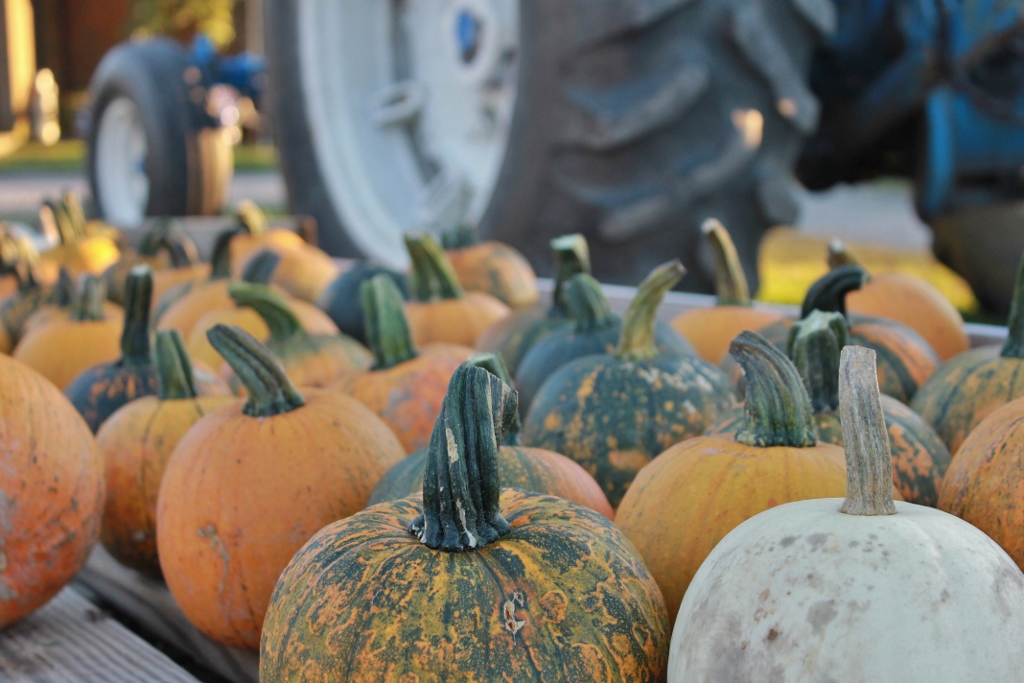 The idea to start a pumpkin patch was planted in Liz and Jeff’s minds years ago. “When the kids were little, we loved to travel around to fall activities in October,” Liz recalls. “We wanted to give back and enable other families to make memories like we did. We just decided that we wanted to give pumpkins a try,” she says. Jeff Parrish is a third generation farmer himself with experience growing soybeans, corn, and wheat, so the family had some knowledge and tools on their side as they got started. 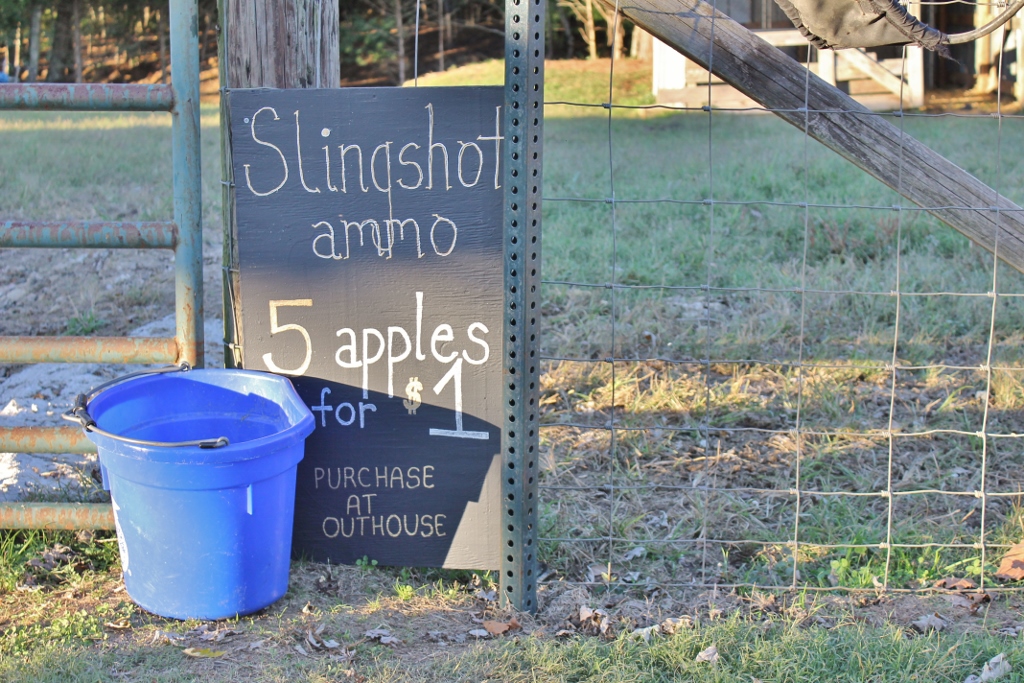 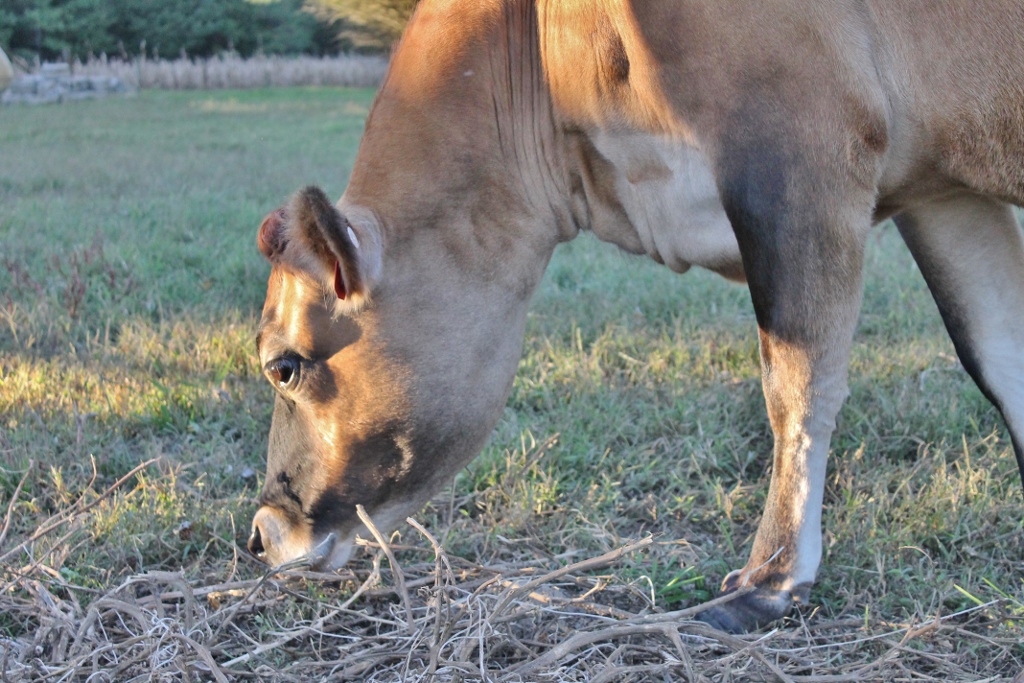 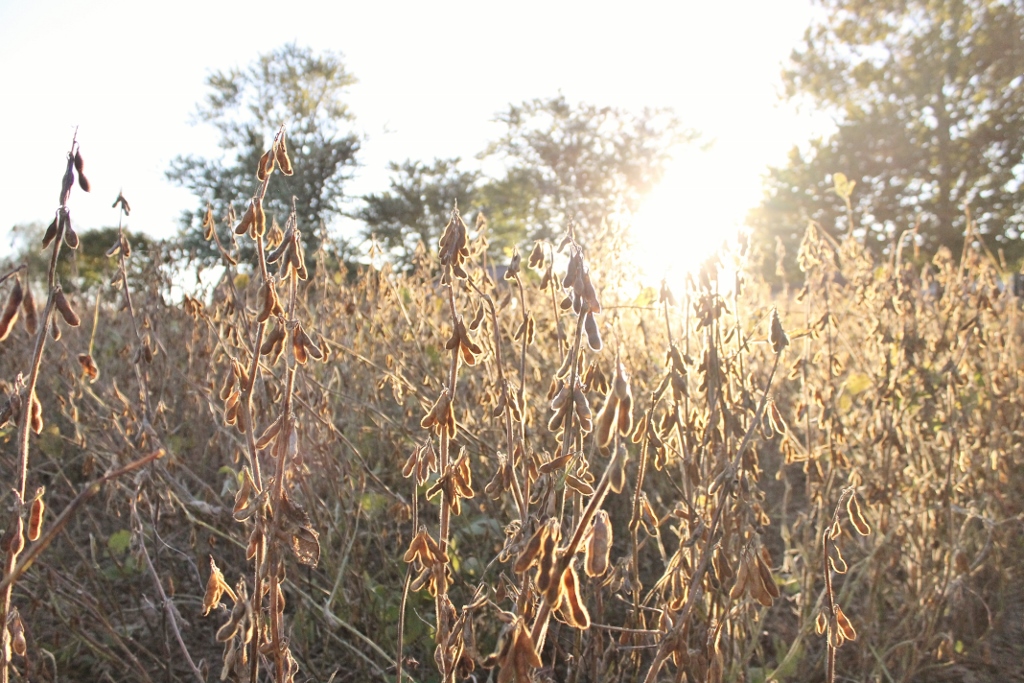 In its inaugural year, the Parrish Pumpkin Patch was less than half of its current size. Liz recalls, “We pitched a tent in the yard the first year. I was cranking out caramel apples and cookies and all kinds of confections.” When they started the patch, there were few other similar agritourism endeavors in the region, and the Parrish family found that they had grabbed ahold of a successful idea. “We could tell we had touched on a niche….we built it and people were coming,” Liz says. 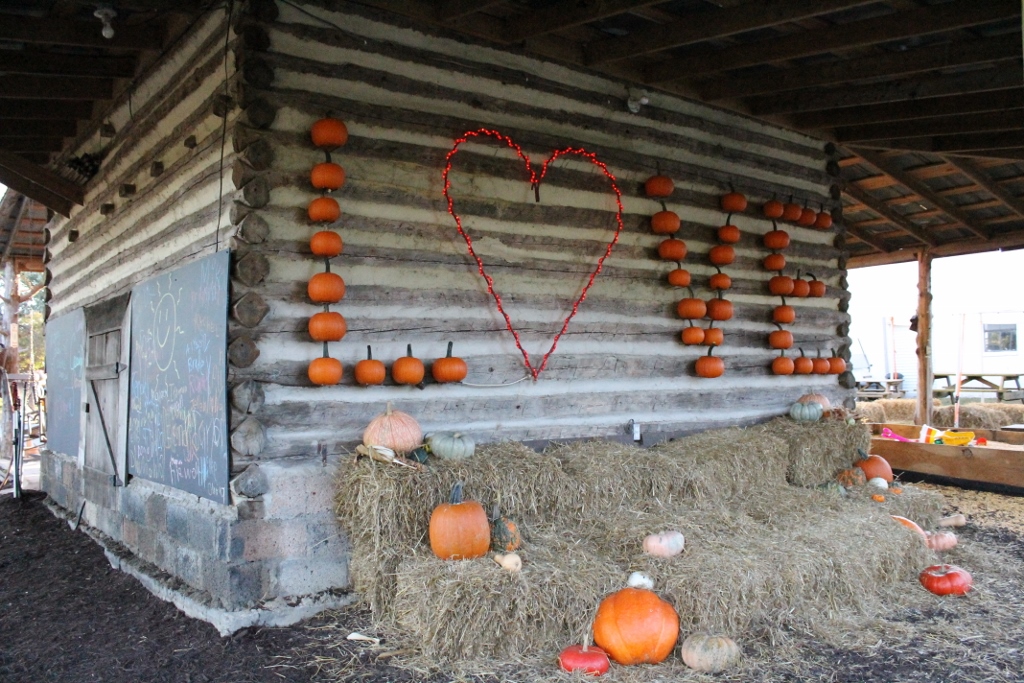 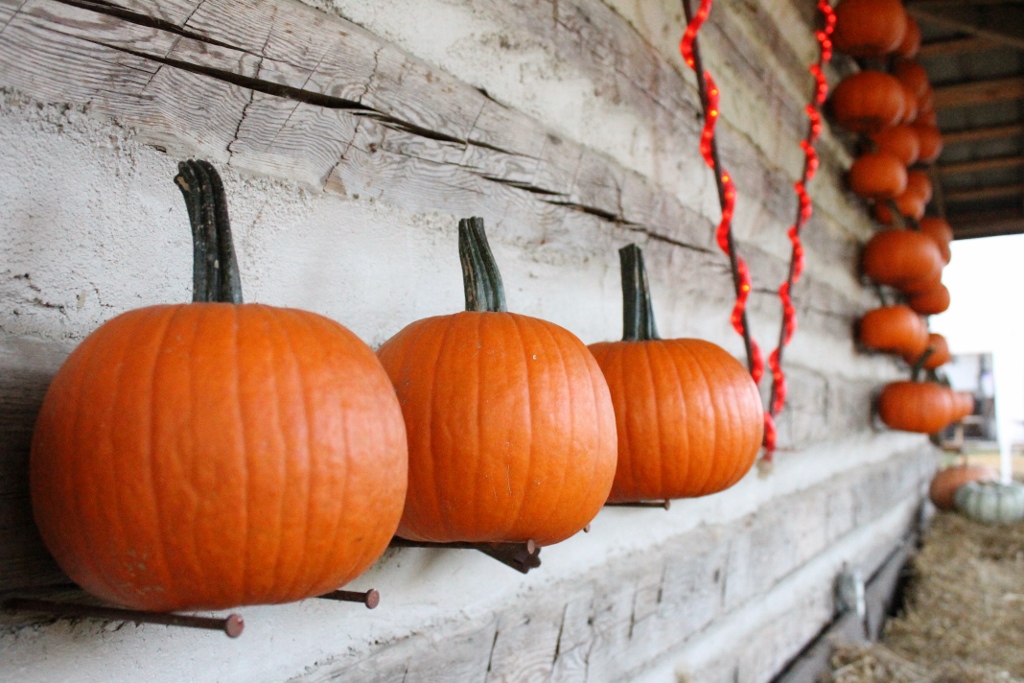 After their first season, the family removed an aged building in the middle of their property that housed dairy cows in past decades. They then moved a tobacco barn from a neighbor’s farm onto the old dairy barn foundation—no small feat—and the new structure became the central hub for daily farm operations, admittance, and sales. “We are really proud of the barn,” Jeff says. 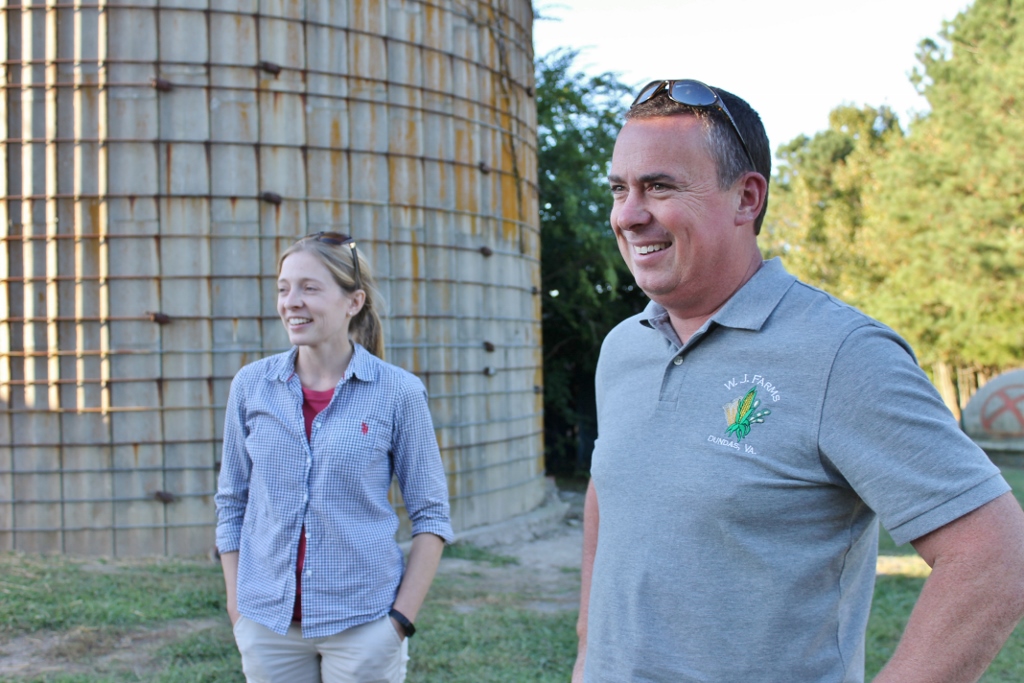 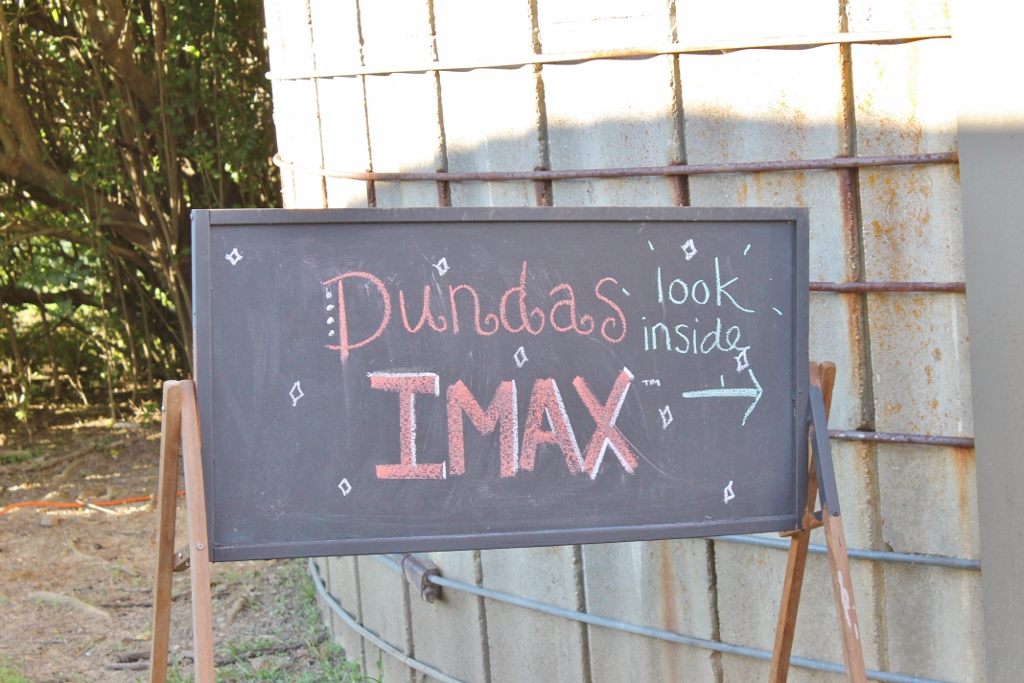 This year, the family officially unveiled “Dundas Imax,” a silo they refurbished with a front door, a seating area, a projector, and a screen for movies and presentations. Inside the silo, Liz teaches school group after school group about farm chores and the life cycle of a pumpkin plant. In fact, although the farm is open to the public with regular hours throughout the month of October, field trips have become the bread-and-butter of the operation. 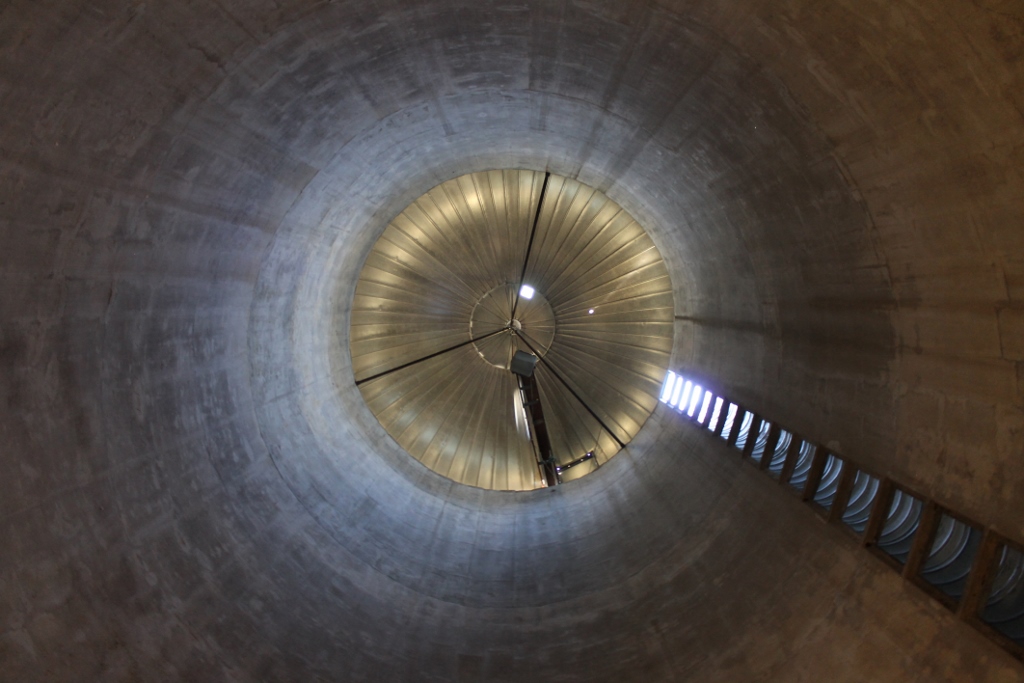 View of silo from the floor. Visitors can sit inside to watch movies and presentations.

The first group that visited years ago was a photography class from Central High School. This year, the farm has hosted groups from Richmond, churches, public schools, homeschool classes, and more. “Every day Monday through Friday, we are double or triple booked. We’ve had public schools visit from as far away as Sutherland,” she says.

This year also brought one particular tour group of one hundred and fifty people to the farm, the largest the Parrish Pumpkin Patch has accommodated to date. Says Liz, “I’m proud of the field trip business. It’s very rewarding, goes really well, and we can handle bigger numbers now.” 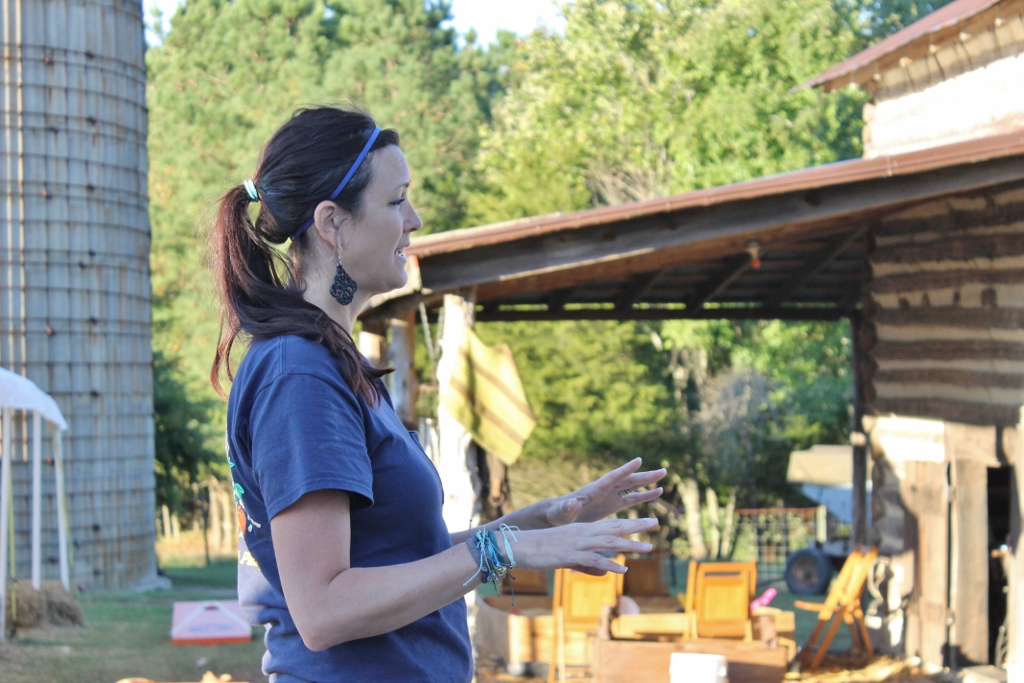 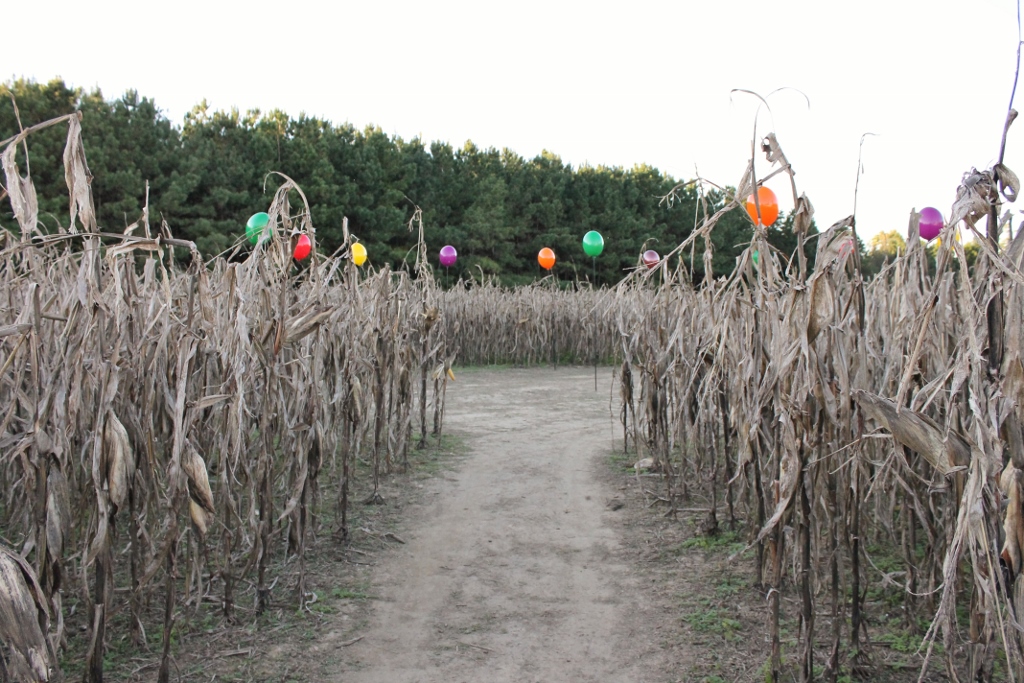 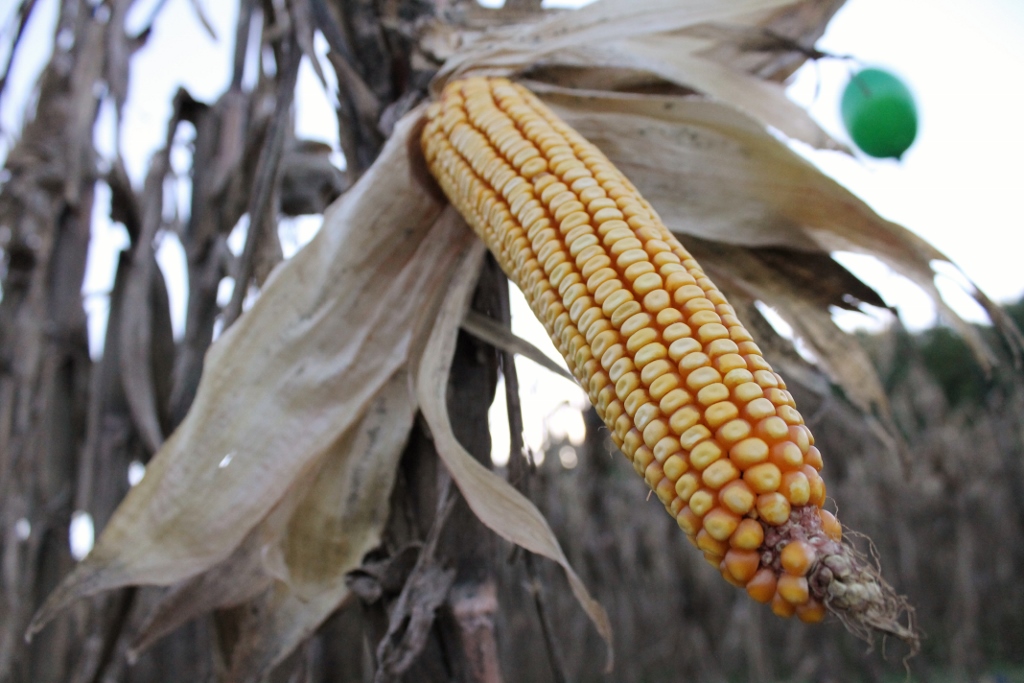 Top: Liz Parrish directs visitors through the farm’s activities. Bottom: The farm’s corn maze is themed and has activities for children to complete as they go through it. Visitors can also take a stroll on a clear path that goes through the maze.

The Parrish family teaches structured activity stations for each field trip. “We all play vital roles in it all,” Liz says, crediting the whole family including her mother Carol Watson and Jeff’s mother Joan for assisting with tour groups this season. “None of this would be possible without the help of Jeff’s dad, Wayne, who grew up on this farm when it was a dairy. He helps with every field trip,” she adds.

The farm has additional support this season from farm intern Taylour Edmonds, a student in Southside Virginia Community College’s agribusiness program. Liz and Jeff recently secured Taylour’s position with the assistance of a Southside Electric Cooperative donation which enables the college to develop internship opportunities for students in partnership with local agribusinesses like the Parrish Pumpkin Patch. 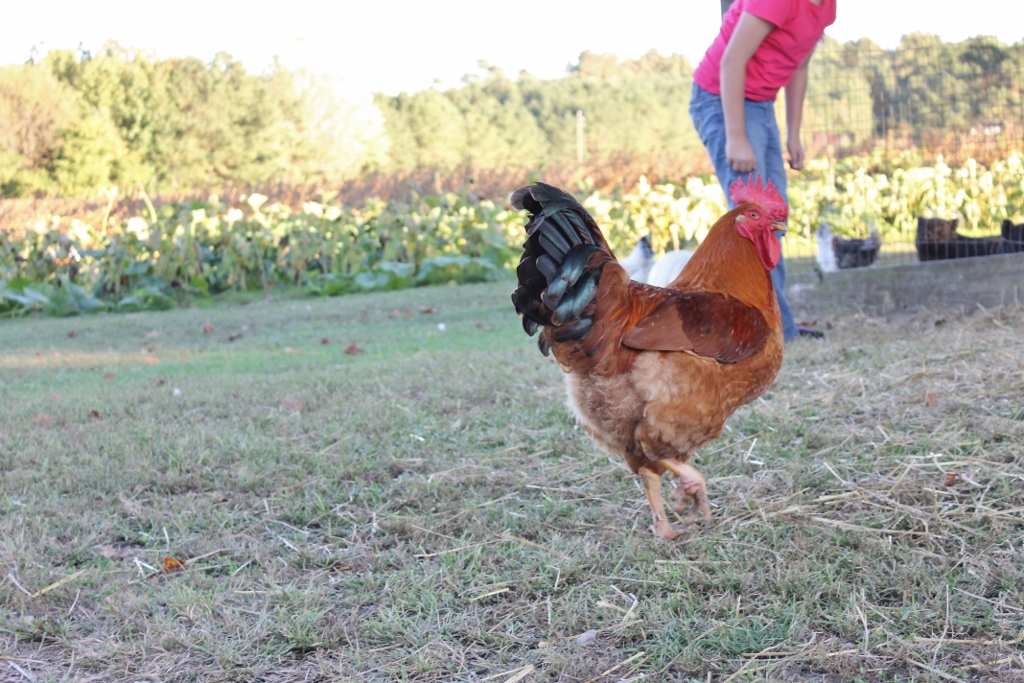 It takes the family about an hour each morning to prepare for the daytime field trips, and then they staff the farm for the evening when more customers come to visit. “It’s a marathon,” Jeff says of the month of October. “We finish around nine o’clock on most nights,” he adds. 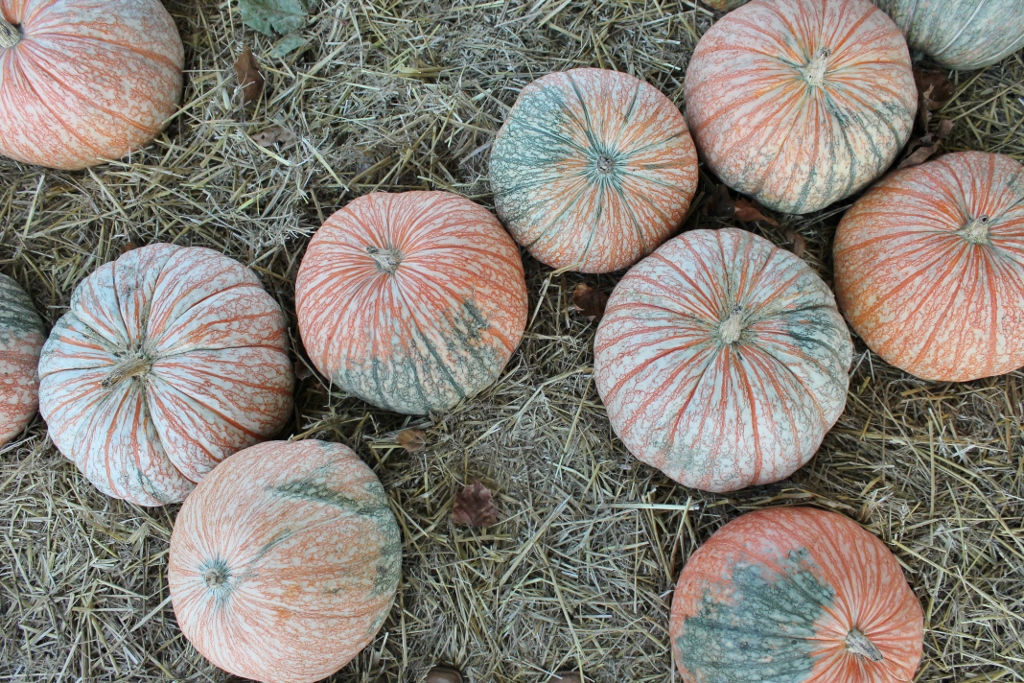 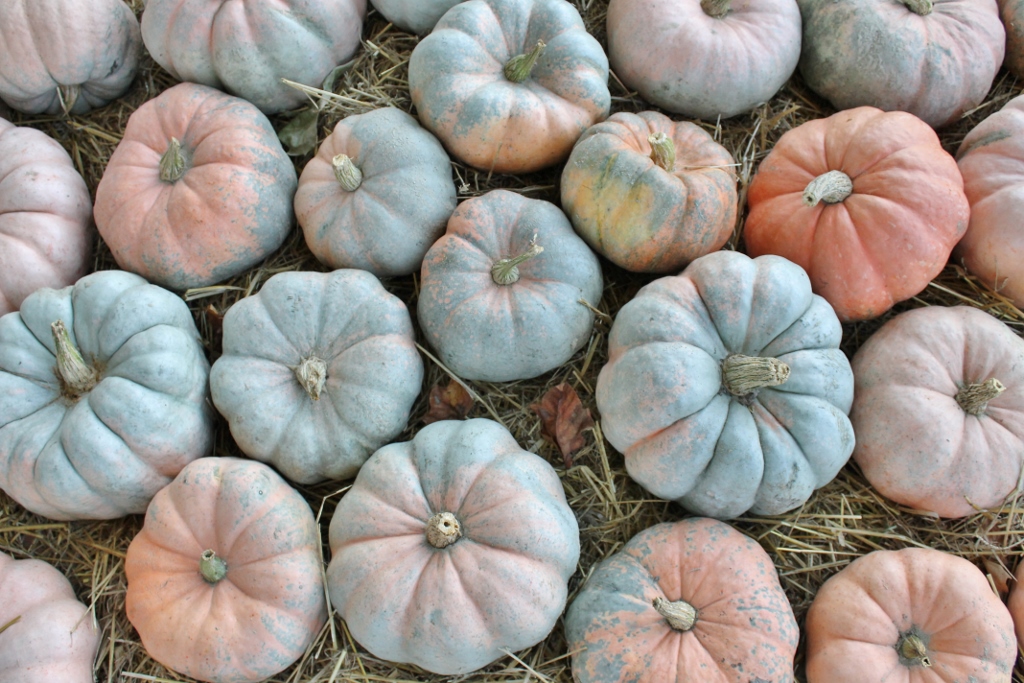 While the operation’s farm activities are always a draw, the pumpkins themselves are still the stars. The Parrish family grows all of their pumpkins at their own farm. Around June, shortly after Jeff has begun work on the corn maze, the family starts their pumpkin seeds and then transplants the slips into the field. “We have fifteen pumpkin varieties, about twenty if you count the gourds,” Liz says. Her favorite is a variety she calls, “Fairytale.” She recounts seeing them advertised as “Martha Stewart’s favorite pumpkin for cooking” during a trip to Amish country in Pennsylvania but jokes that she has always liked them with or without Martha’s stamp of approval. She notes that the dense, green-gray Jardales are also a favorite for cooking. For visitors on a mission to pick up decorative gourds or carving pumpkins, trailer loads of all shapes, colors, and sizes greet visitors around the farm entrance. 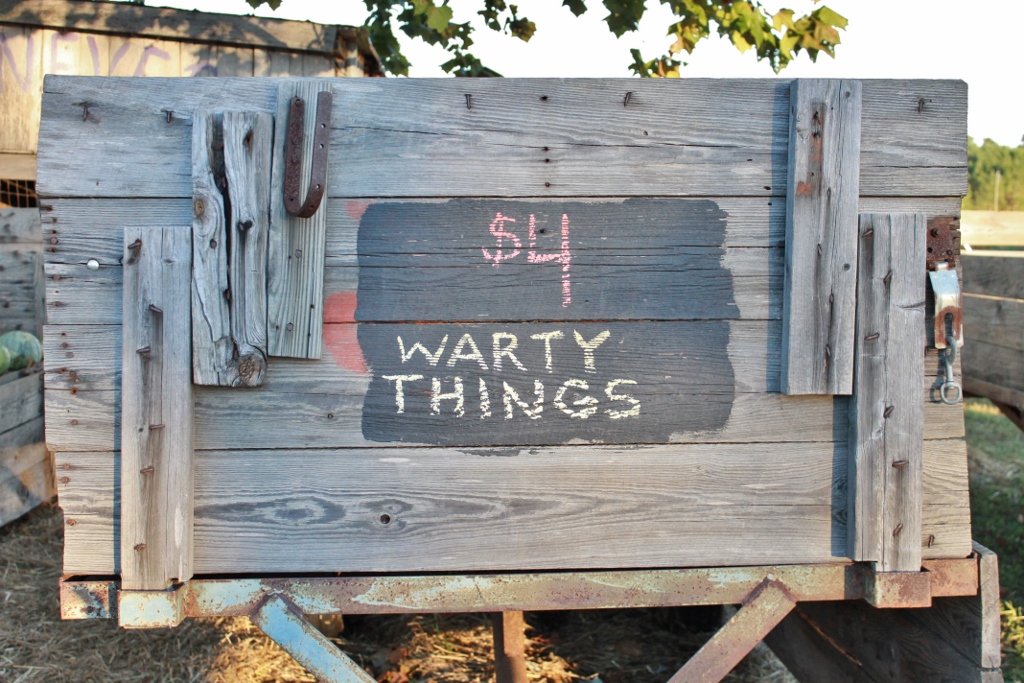 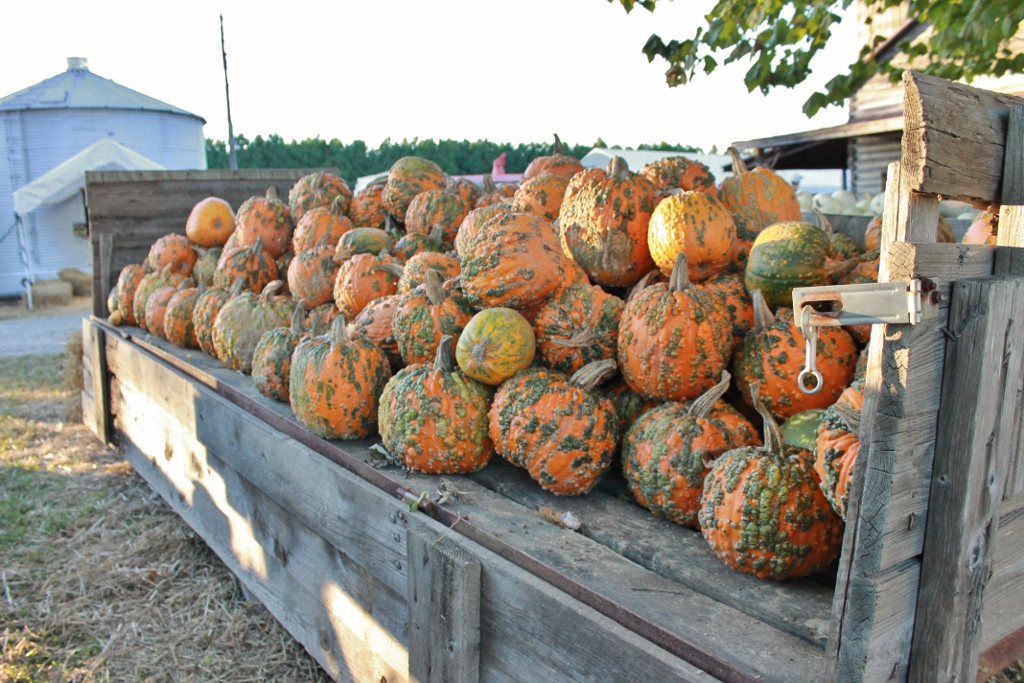 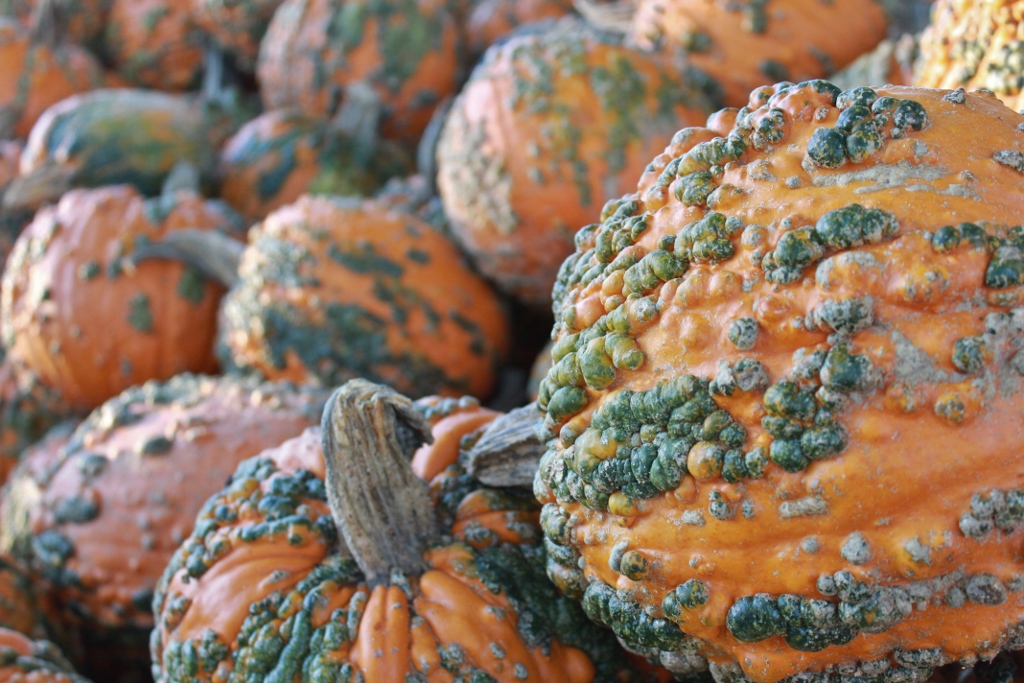 Virginia Cooperative Extension agent Lindy Tucker believes that the family’s success is due, in part, to their willingness to commit themselves to their vision. As with any agritourism endeavor, the Parrish family was unsure of what to expect from the community in their early years, but they took cues from their customers to shape their success. “Because they are a family themselves, they know which ideas will be well-received and how to make it great. They keep adding things,” Lindy says during a recent visit to the operation. Lindy, who works with farmers of all kinds throughout Lunenburg County in her service as an agent, believes that starting a pumpkin patch from scratch and extending invitations to the general public is a plunge that many landowners would be hesitant to take. “They filled a niche. They tried something that nobody else had decided to tackle,” she says. Lindy also says that the patch is an educational asset to the community because it affords children the rare opportunity to step into agriculture in a structured setting. “There are not as many farm field trip opportunities these days. This is the only thing of its kind within this community,” she says. 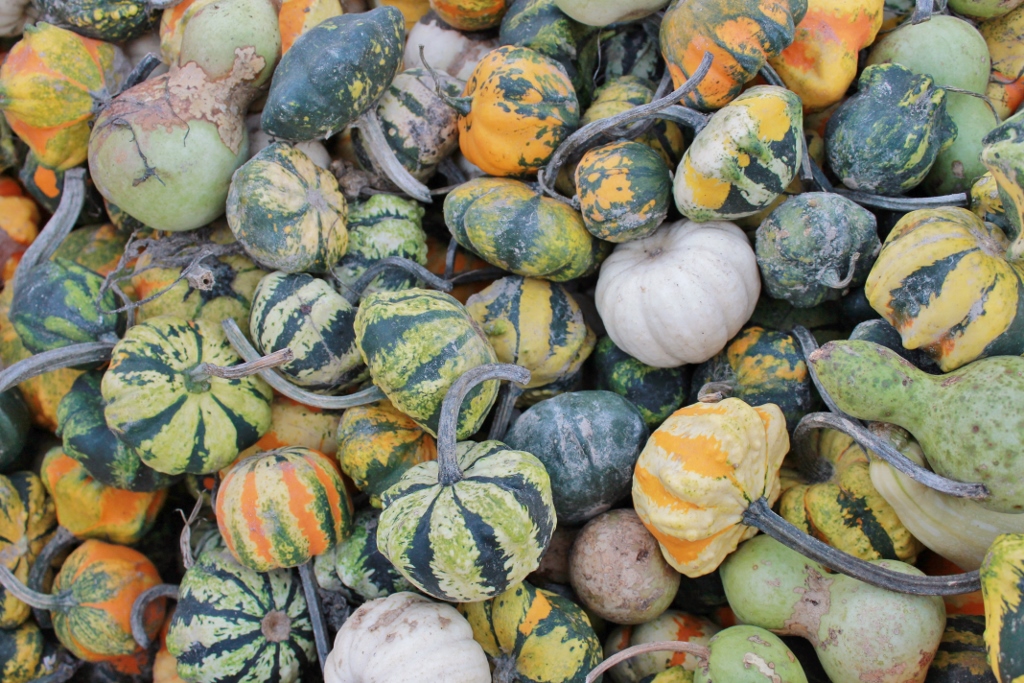 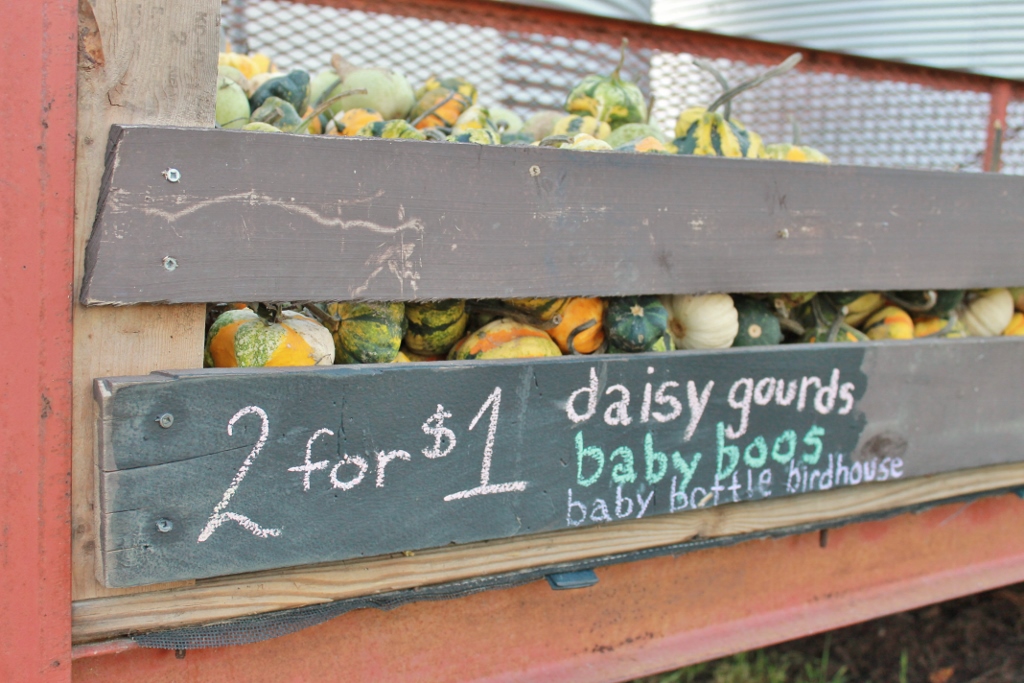 Running a farm that has seen two thousand visitors thus far requires sacrifices and lifestyle adjustments, but Jeff is pleased to see families coming to the farm to make fall memories, just as he envisioned. “We enjoy meeting people and hearing them talk about the tradition. Some have been coming here for years,” he says. “We are able to do it as a family and it’s in our own backyard. At the end of the day, we can close up and walk into the house.” 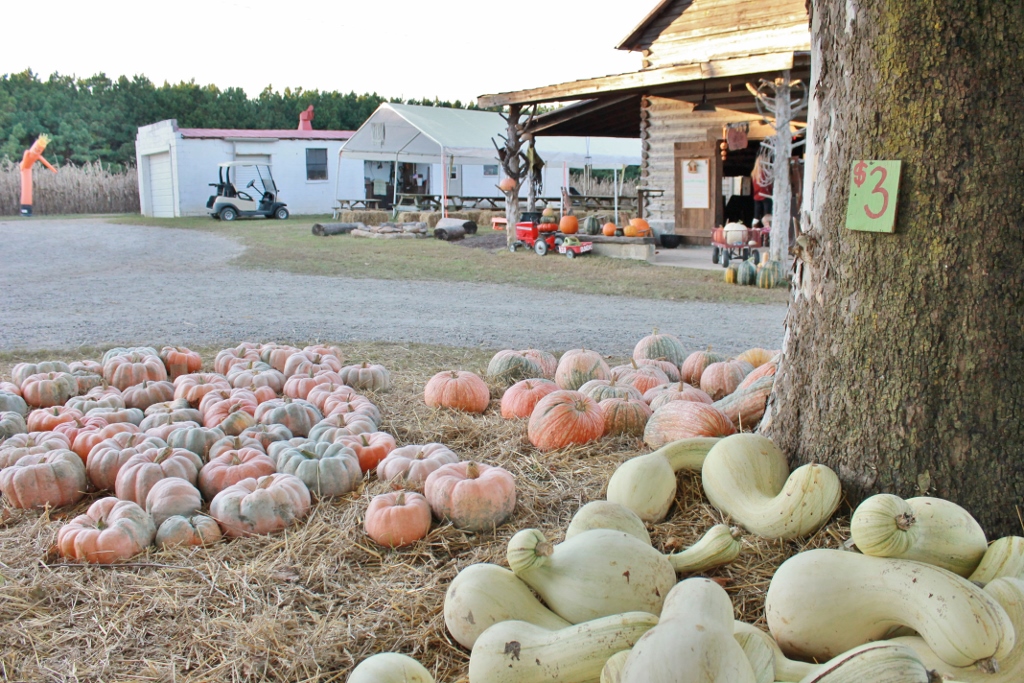 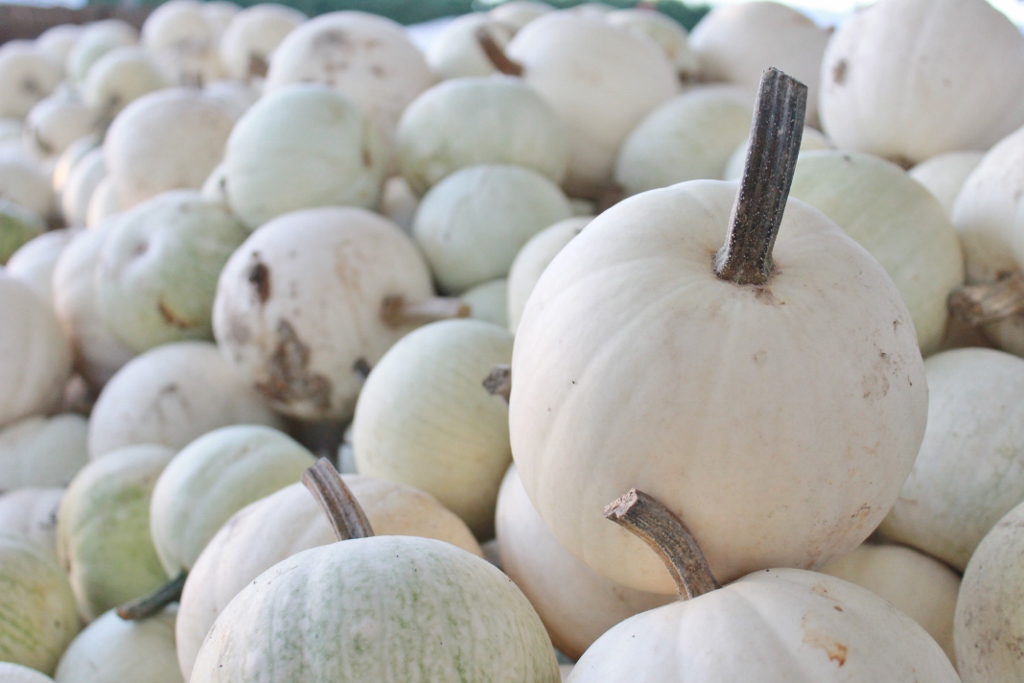 Jeff and Liz enjoy seeing all the ways that creating the Parrish Pumpkin Patch has helped her family form their own new memories, even as her children have grown into young adults. “I’m the most proud of it being a family affair and how hard we all worked together to make it happen,” she says. 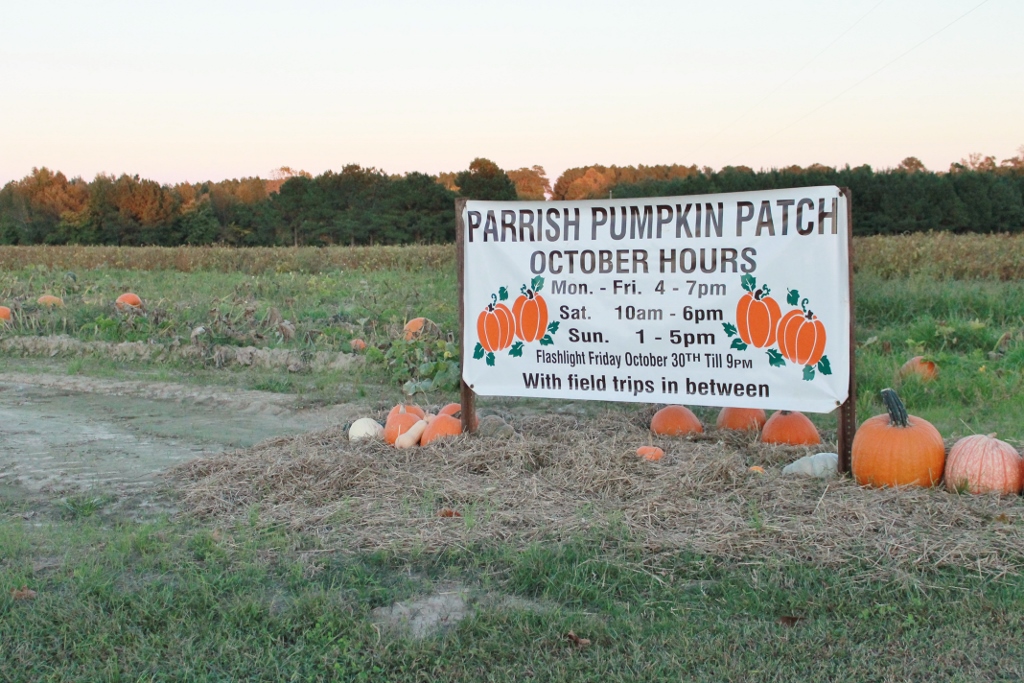 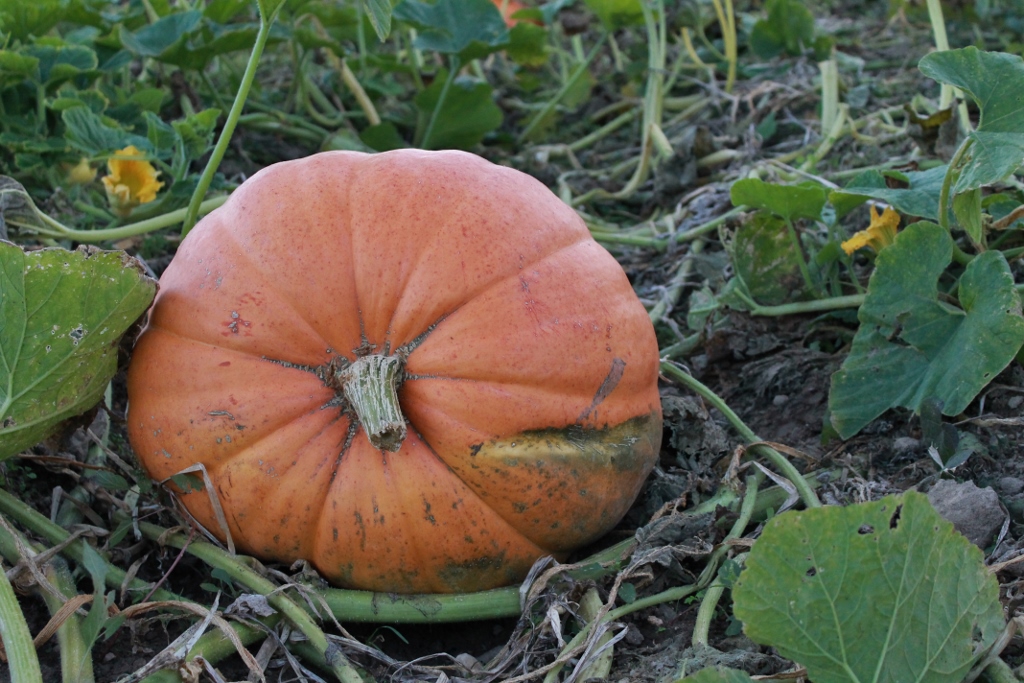 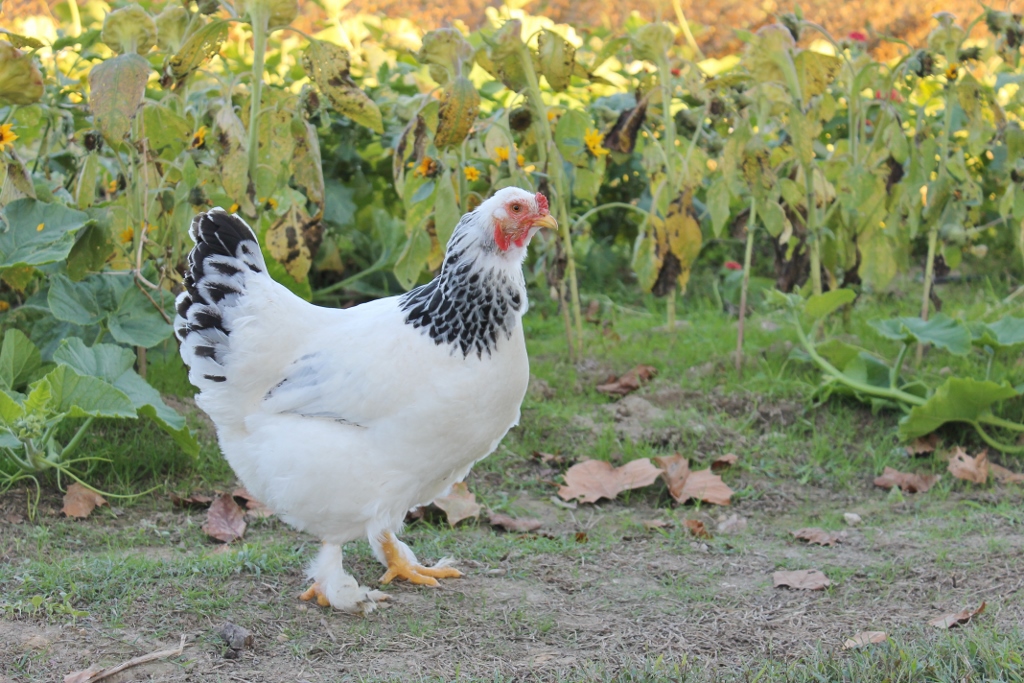 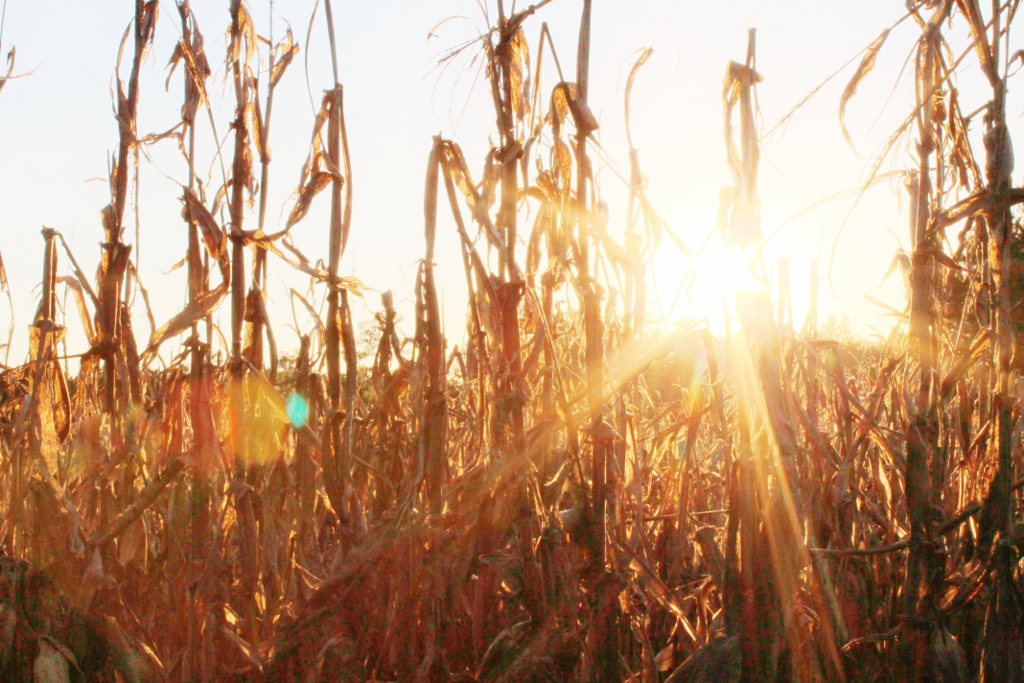