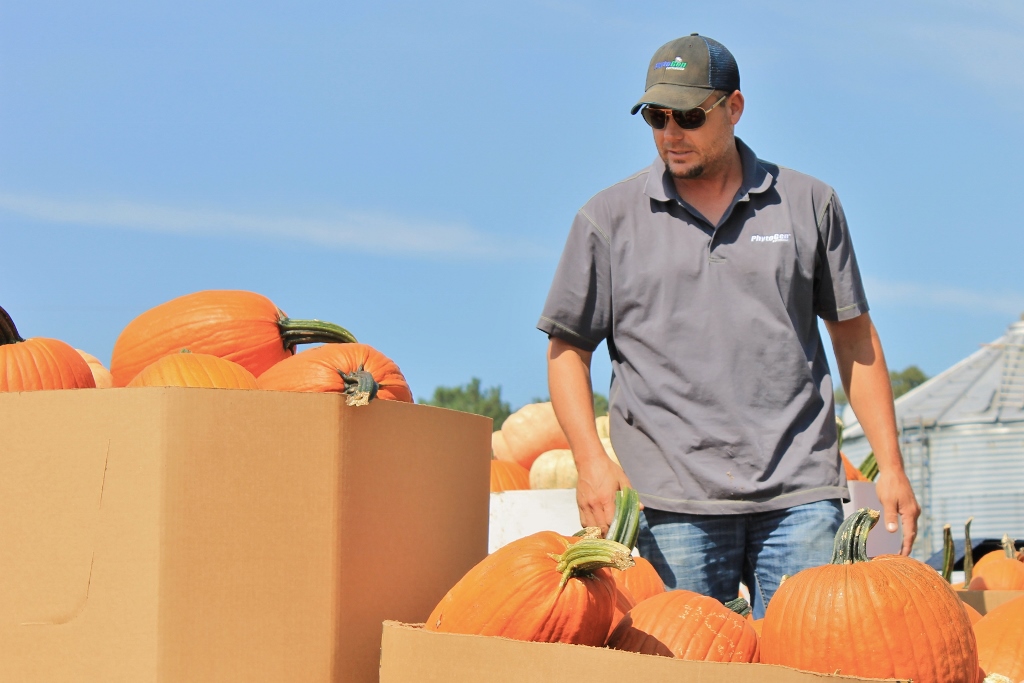 His operation, situated in Southampton County near the southeastern corner of Virginia, produces a number of integral crops for the region including cotton, peanuts, soybeans, and corn. In fact, according to the most recent census, Southampton County is ranked first in the state for cotton and peanut production, second for soybeans, and third for wheat. 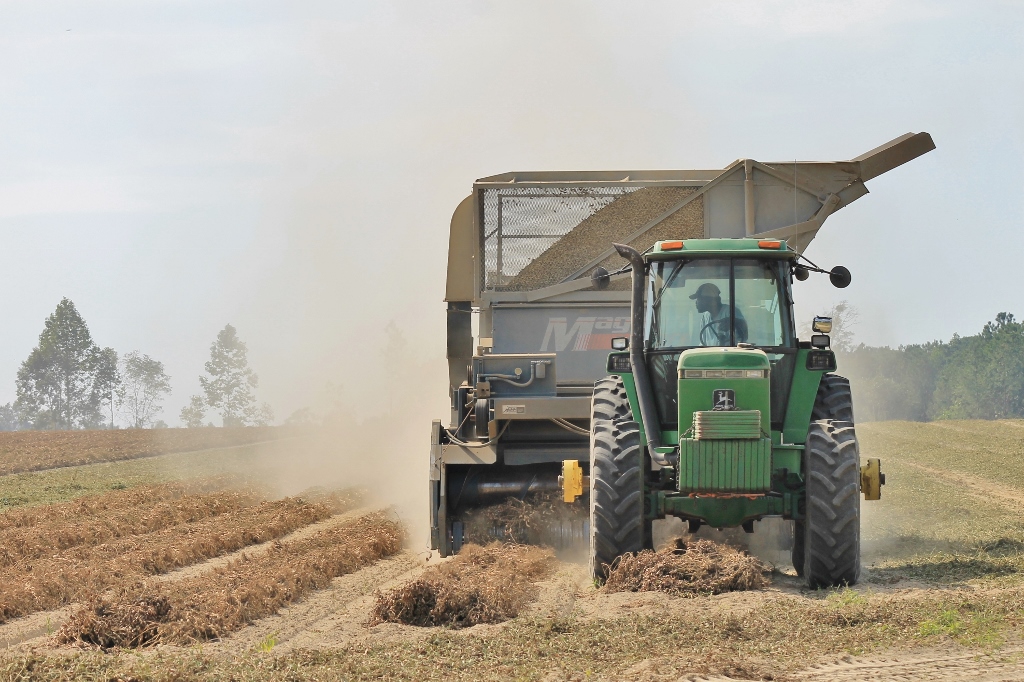 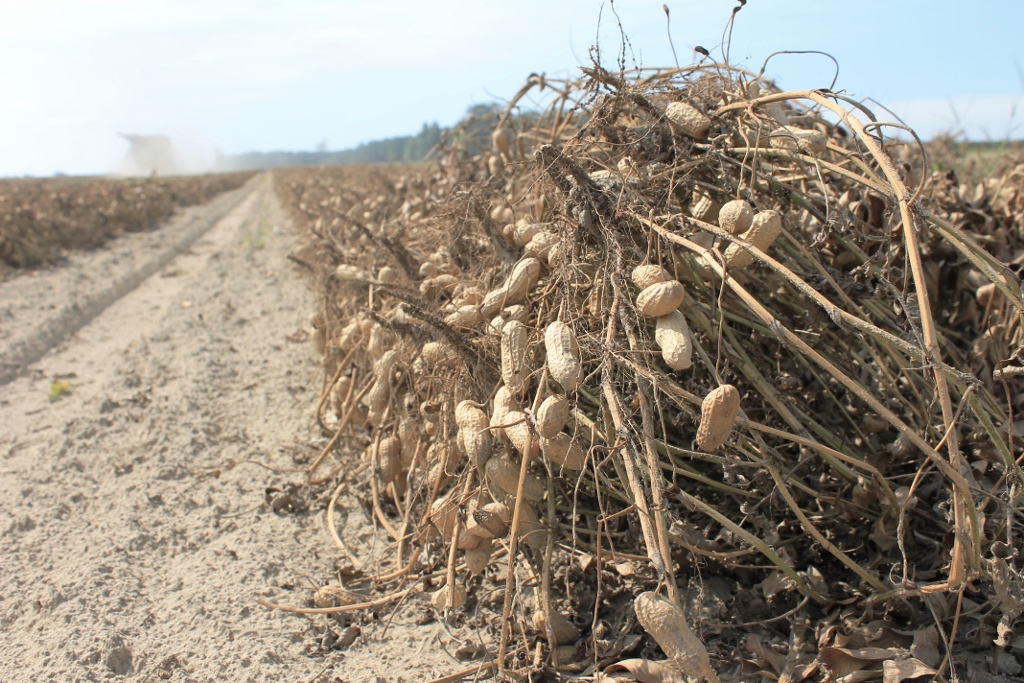 When it comes to produce, Sandy Point also excels. While Chris’ father and brother work primarily on the row crop side of the farm, Chris is responsible for managing production of sweet corn and watermelons, neither of which are uncommon on farms around this region. “A lot of people don’t realize that we have a large commercial watermelon production industry,” says Chris. “Ag in Southeast Virginia is extremely diversified.”

Less common, on the other hand, are commercial pumpkin operations in Southeastern Virginia. Sandy Point Farms, with an impressive seventeen acres of pumpkins, stands as an exception. Chris got started with his first acre fourteen years ago. Today, he grows so many pumpkins that he focuses nearly all of his attention on the wholesale market. “Most others are around two or three acres and are selling retail,” he says of other operations in the region. 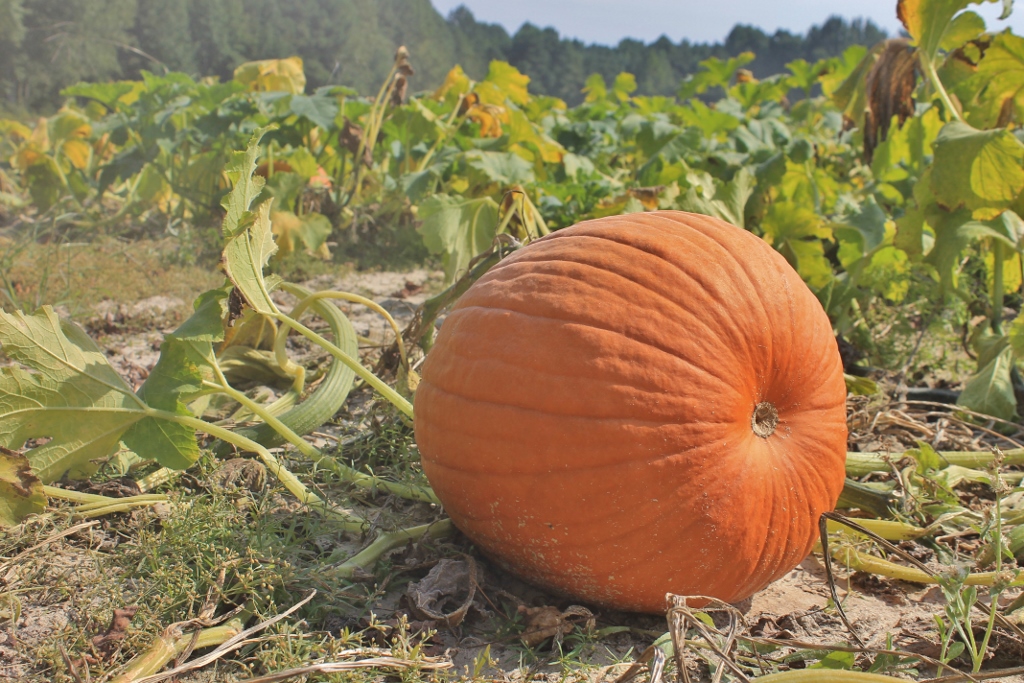 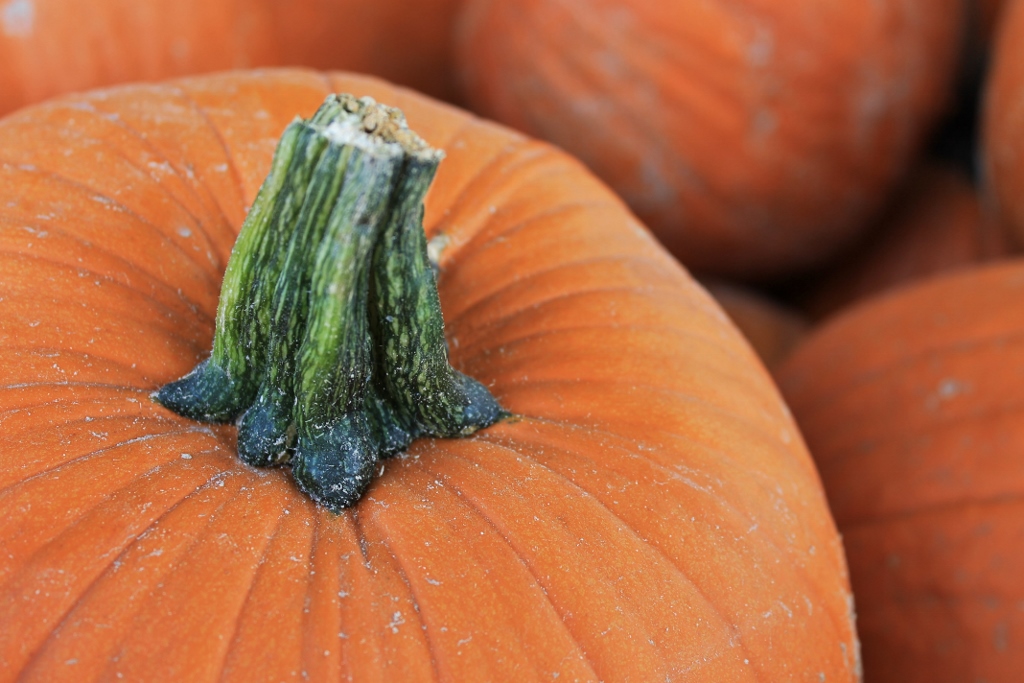 Though Chris has managed to build success with pumpkins, their relative rarity in large-scale production in Southampton County is not without reason. “One thing that’s helped Chris is developing a good market. Growing these crops can be a challenge, but you have to be able to sell and market the crop as well. That might be why most growers around here stick to traditional commodities,” says Austin Brown, the Virginia Cooperative Extension agent who serves Chris Drake and other farmers in the county. “I think Chris has been able to tap into the urban areas and capitalize on the demand from these large populations.” 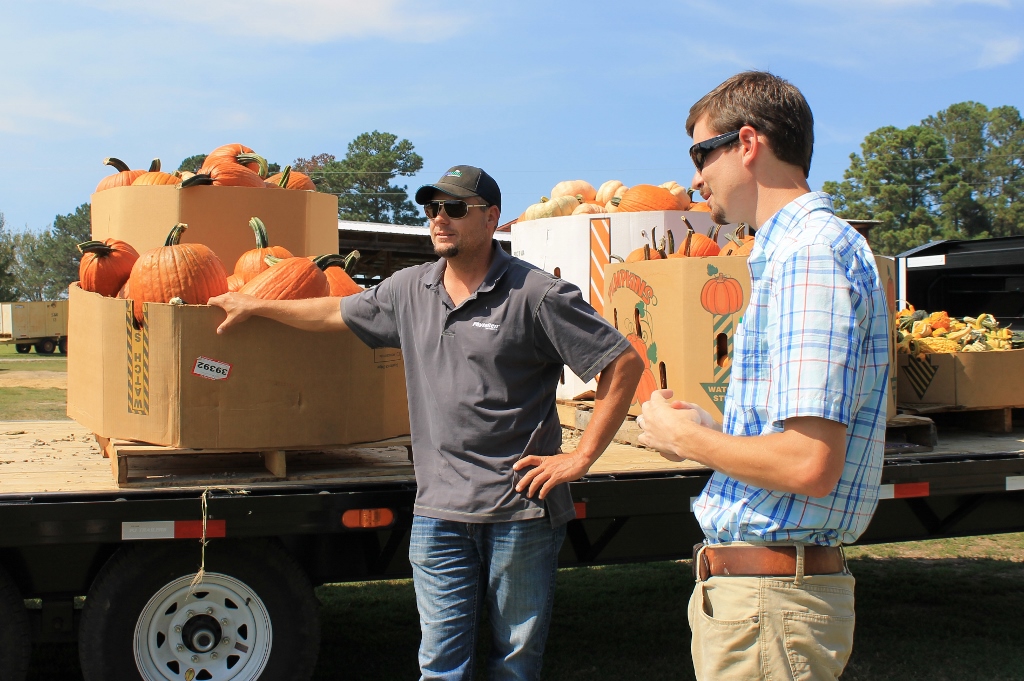 Austin, who earned an undergraduate degree at North Carolina State University and a master’s degree at Virginia Tech, worked alongside several crop researchers to gain experience in agronomy before he joined Extension. In his current role, he helps producers like the Drake family at Sandy Point who rely on dependable crop management information. When certain field problems arise, timely updates are critical so that growers can protect their crops. “That’s something I try to do to help Chris and all people growing watermelons and cucurbits,” says Austin. “We diagnosed downy mildew, and I called all the producers,” says Austin as he recalls wet, cloudy conditions favoring the development of this disease earlier this summer. “This year has been a mixed bag of weather. It was wet early and we saw some nutrient leaching, then it was like that spigot just turned off,” he says. 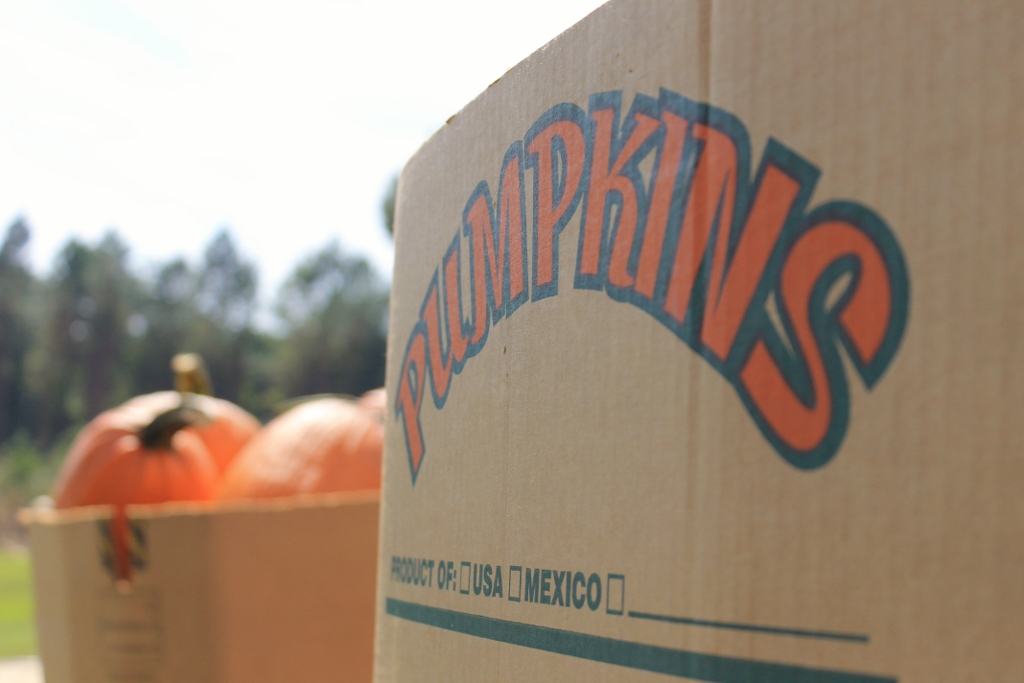 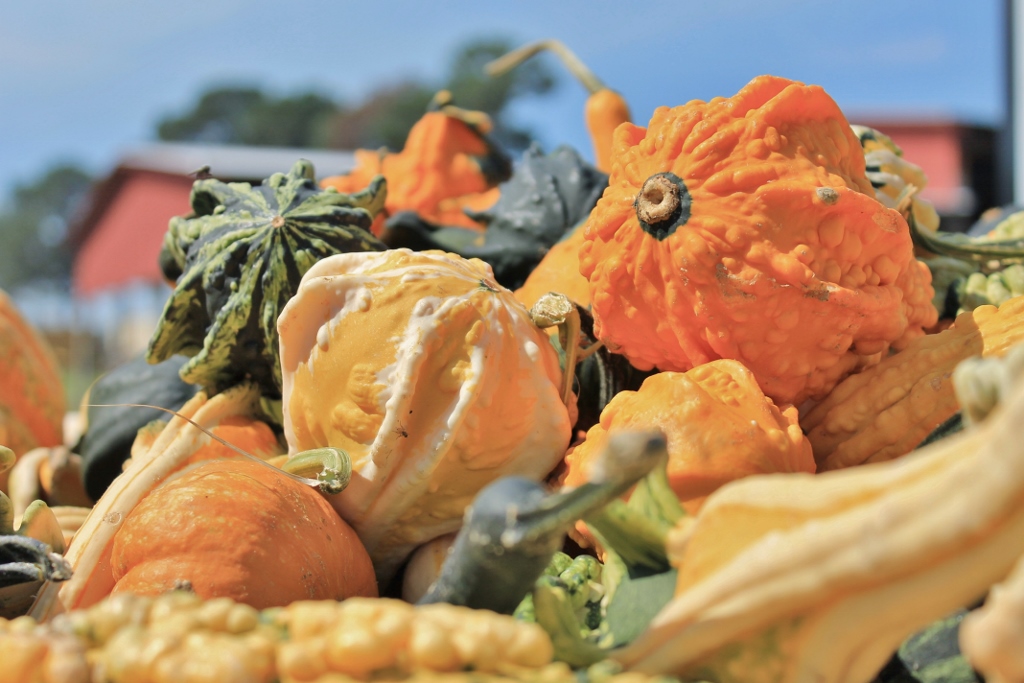 Those early wet conditions created special concerns for Chris and his pumpkin crop, as plants on the ground are prone to a number of diseases that can make the fruit unmarketable. “The two biggest challenges are disease control and marketing, in my opinion,” Chris says. He protects his crop throughout the growing season each year, but the threat of rain in late summer can push him to adjust his harvest date expectations. “Weather determines most of that. If it’s wet, we get them off the ground ASAP,” he says. Harvest itself is generally more labor-intensive than other pumpkin chores, often requiring a twelve to fifteen hour work day. In between, there are plenty of tasks and decisions to keep Chris up late and awake early. “A lot of times I’m up at four or five in the morning looking at market reports, deciding what to do for the day,” he remarks. 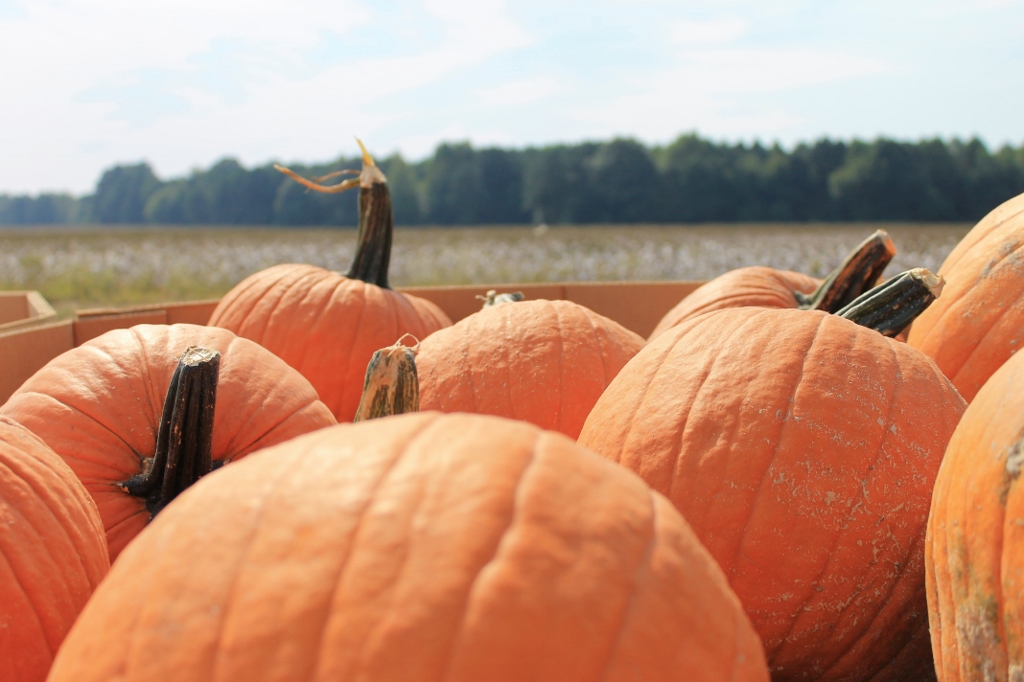 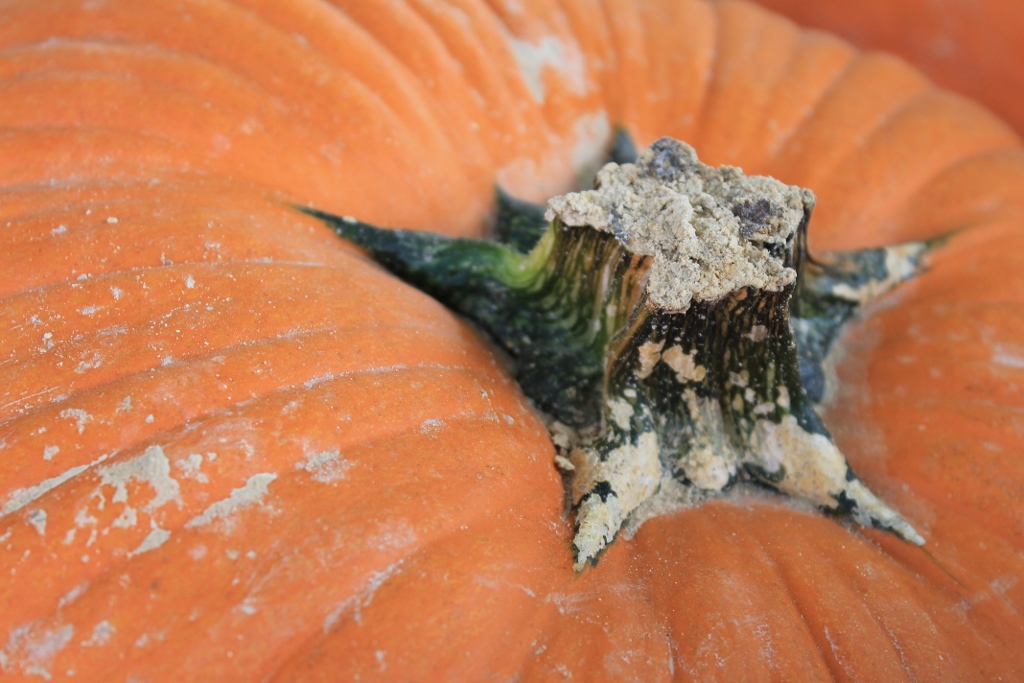 Prior to developing his current undertakings at Sandy Point Farm, Chris honed his agronomy background in school and at work. His undergraduate degree and master’s degree from Virginia Tech not only equipped him to be the most ardent Hokie fan for miles around, but also prepared him for his current career. When he is not taking care of his farm at home, he serves PhytoGen Cottonseed as a territory agronomist covering northeastern North Carolina and southeastern Virginia. He spends a considerable portion of his work running on-farm research plots and yield trials and presenting data at about fifty grower meetings each spring. In all, he is responsible for 250,000 acres of cotton through his job. 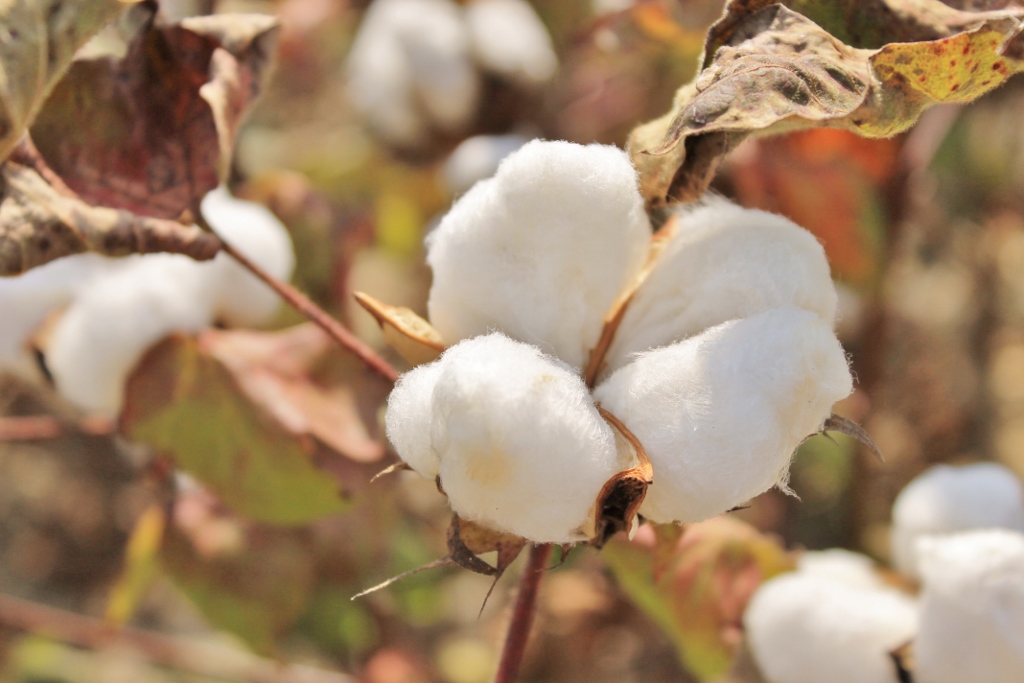 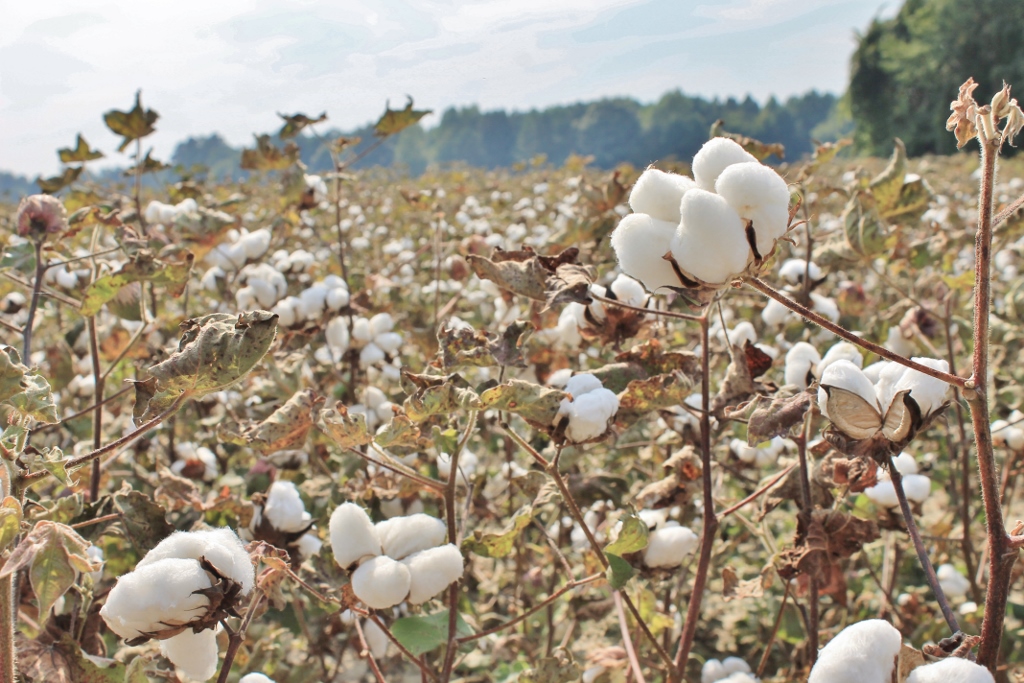 Chris and his family grow cotton on their farm.

Though all of the crops at Sandy Point Farms provide a diversified income stream, the pumpkins are a point of pride for Chris because they attest to an uncommon accomplishment for his growing region. When asked what he considers his greatest achievement, he says, “I started out with a half-acre in 2001 and now I’m up to seventeen acres. The quality of the pumpkins I’m producing in this area is competitive with the other growers from Southwest Virginia.” He believes the key to his success lies with marketing a top-notch product. One look at his trailer loads of perfectly orange, evenly-sized pumpkins with textbook stems is proof that know-how, dedication, and an eye for new marketing opportunities can be worth the effort to grow something a little unconventional. 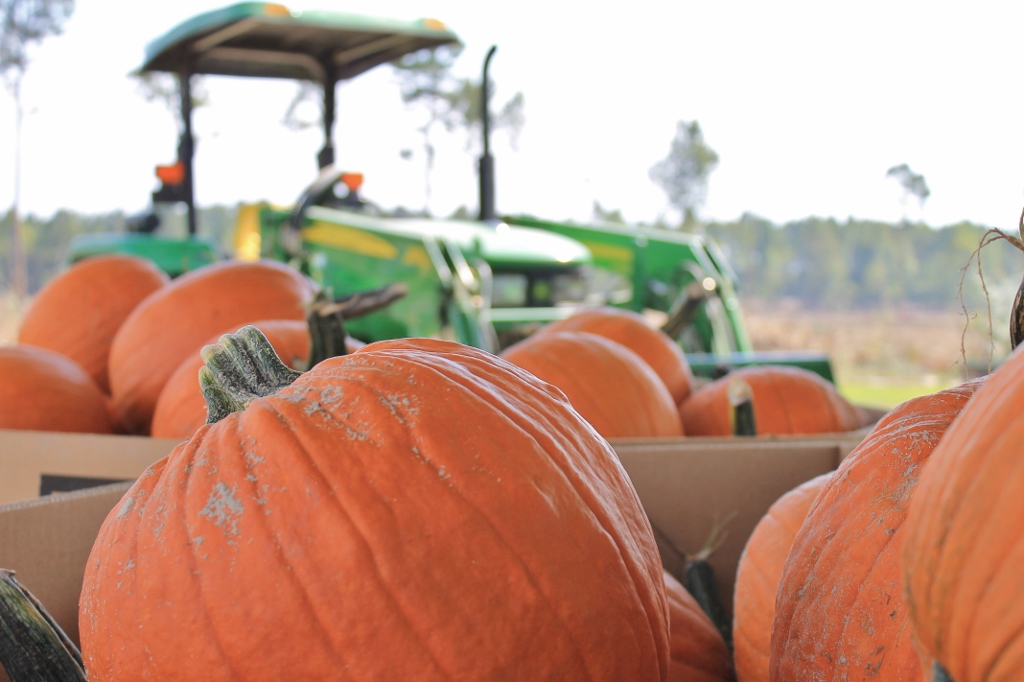 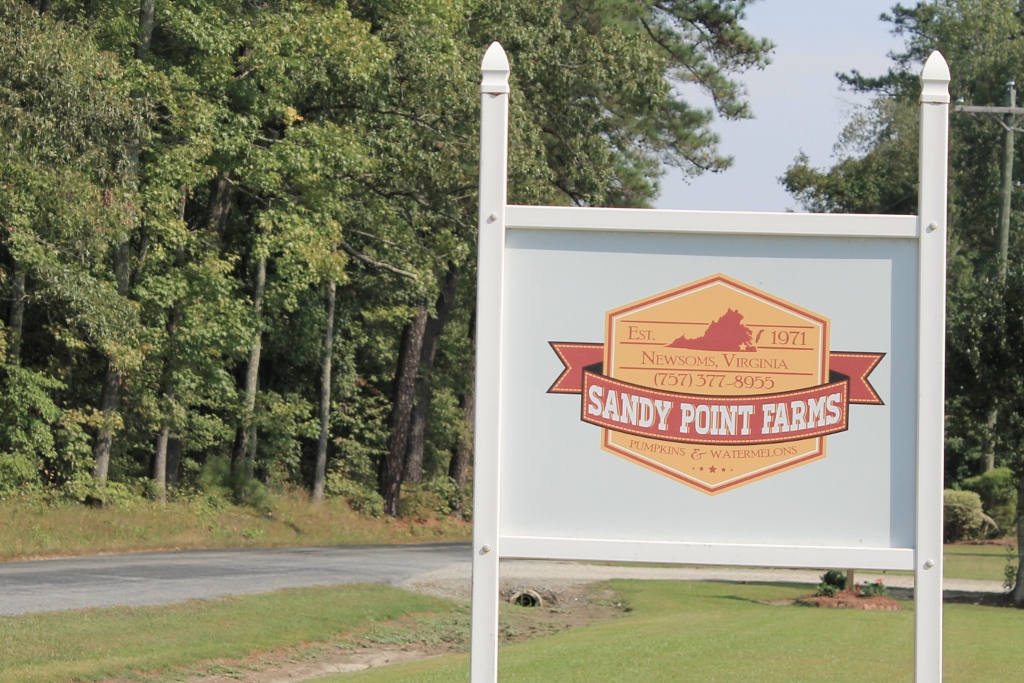