On September 17, 2013 soybean (SBR) rust was observed and confirmed on soybean leaves collected from the Tidewater AREC sentinel plots on September 5. Suffolk is the only county in Virginia thus far with confirmed soybean rust, but we will now intensify our scouting efforts throughout the soybean-growing regions of the state. Extension agents and growers should continue scouting for SBR in their respective counties and submit soybean leaves to the Tidewater AREC Plant Disease Clinic for evaluation of SBR and other foliar disease.

Soybean sentinel plots and commercial fields are monitored annually for early detection of SBR and tracking of disease spread. Data are used to make recommendations for timely applications of fungicide sprays for control of SBR. Since August, soybean leaflets from sentinel plots at the Virginia Tech Tidewater AREC in Suffolk, VA have been evaluated on a weekly basis, and as in prior years, the first report of SBR in Virginia was from one of these sentinel plots. Other diseases in soybeans at this time include Cercospora blight, brown spot, frogeye leaf spot, and anthracnose.

Risk of yield loss in soybean is minimal if SBR is detected following the R6 development stage. However, growers with soybeans that have not yet reached the R6 stage should consider spraying fungicides for control of SBR (triazole or pre-mix fungicide). This is particularly relevant for late-maturing/double-cropped soybean.

As part of the scouting effort and to track the spread of SBR throughout Virginia, extension agents are encouraged to submit soybean leaf samples (50 leaflets per sample) for evaluation of soybean rust and other diseases. Moisture is required for infection and development of SBR, so it is best to collect leaves from fields shaded from the sun in the morning since these areas will hold moisture within the canopy longer. A detailed protocol for scouting SBR is attached. Samples should be submitted to the Tidewater AREC with the attached SBR diagnostic form.

Some sources for more detailed information on SBR are listed below: 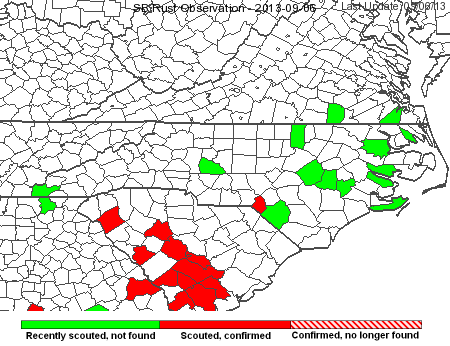 In general, we will only recommend a fungicide spray if soybean rust has been confirmed within 100 miles of our soybean fields.  Therefore, there is no need to apply fungicide for control of soybean rust in Virginia at this time.  Applying fungicide too early will only reduce its effectiveness once the disease arrives.  Furthermore, soybean yield will not be affected if rust infects the crop after the R6 development stage (seed touching each other in the pod); therefore, fungicides are not recommended after the R6 stage, even if soybean rust is found close by.

Although soybean rust is not close enough to Virginia to initiate fungicide sprays at this time, the disease has moved faster than previous years.  Most of our full-season (May-planted soybean) have reached the R6 stage (full-seed); therefore, these soybean are “safe” from any yield loss that may result from soybean rust infestation.  However, much of our double-cropped soybean are still susceptible; they are anywhere from the R3 (early pod) to R5 (late pod) development stages.  We will continue to monitor soybean rust movement across NC, continue to check soybean fields in Virginia, and let everyone know immediately if soybean rust is found in or close to Virginia.

For more details on Asian soybean rust and its movement, see the following website: 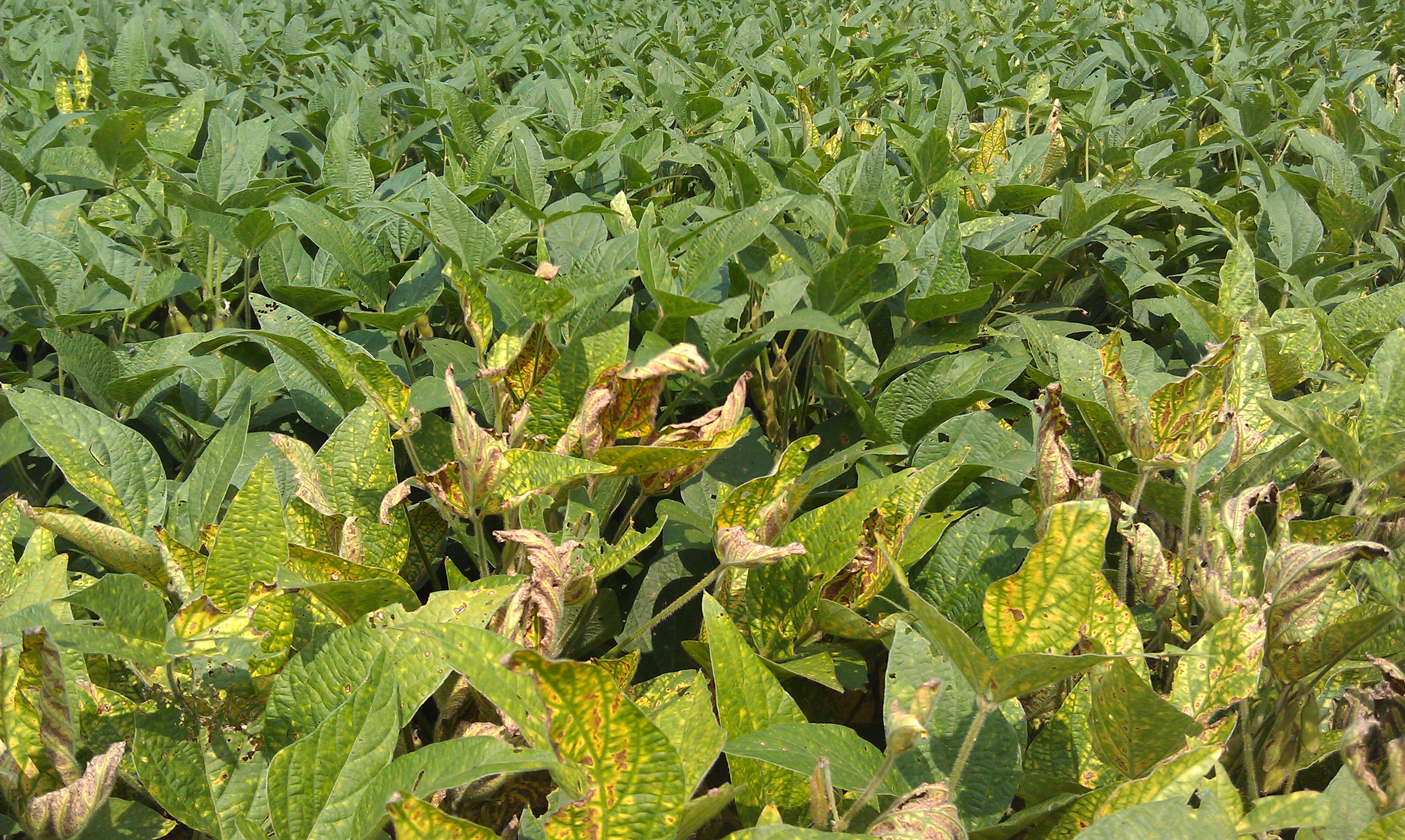