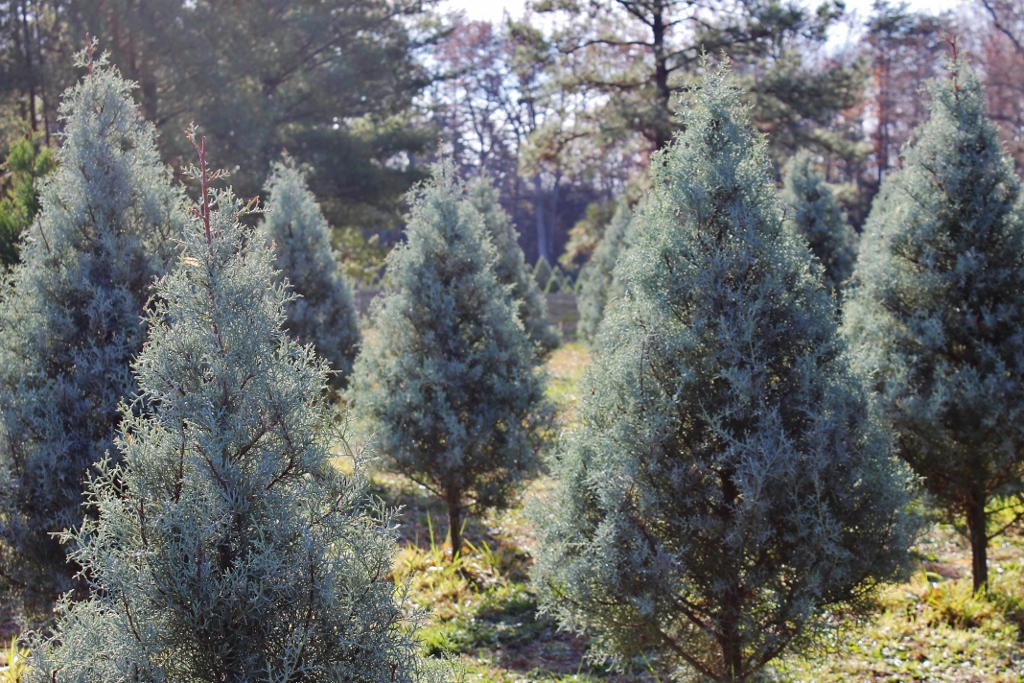 Richard Nuckols has memories tracing back to several decades ago when he, his father, and his two brothers spent summers shaping Scotch Pines with hand shears. “I like shaping trees, but I’ll tell you, that was drudgery right there,” he says. The tree farm has grown and changed since his father established it in 1966 on a properly in Cumberland County bordering Route 60. Richard took over the operation in 1994 after his dad passed away and, for one thing, he now uses a gas-powered yule trimmer to make tree shaping a more manageable summertime task.

The farm used to be a wholesale operation when Richard was young, but choose-and-cut later became the better option for keeping the farm in business. The transition was a sensible one, according to David Smith, the Agriculture and Natural Resources Extension agent for Cumberland County who provides information and support to Richard and other farm producers in the county. “Nuckols Christmas Tree Plantation is one of our oldest wholesale-turned-retail operations. Making the transition from wholesale to retail was a natural occurrence given the fact that tree prices basically have remained the same over the past decade,” he says. 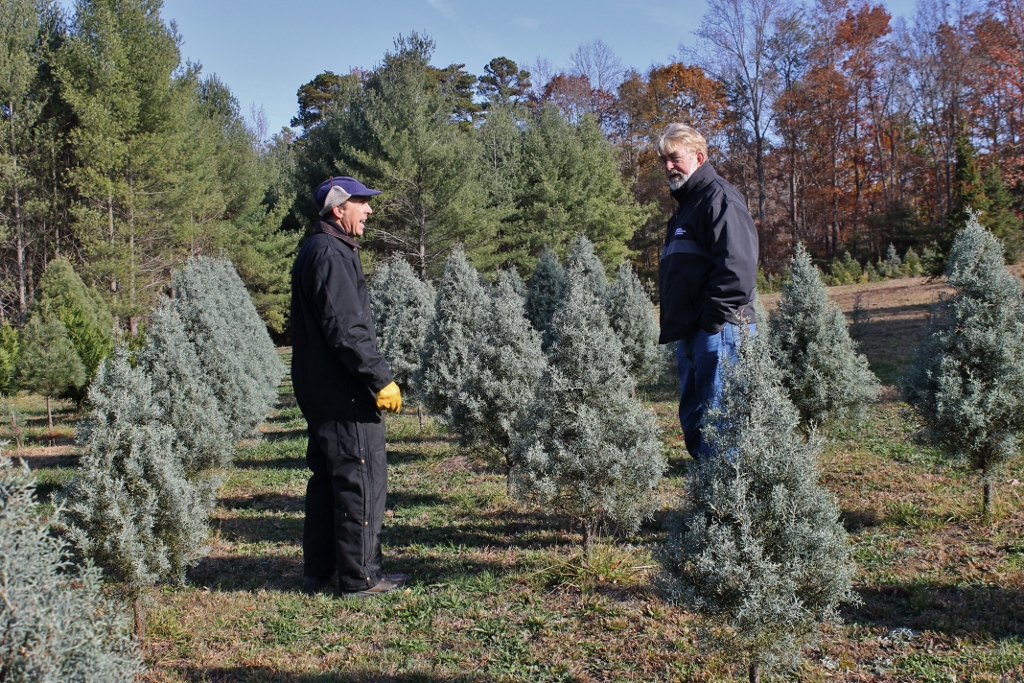 Growers who switch to retail production find that marketing trees is a task of its own. “One of the biggest challenges with local agricultural retail businesses is the transition to websites to capture on-line sales and shoppers,” says David Smith. Richard successfully navigated this transition recently, creating a website with photos and information about the trees to reach more customers searching for the farm online. The farm also takes advantage of the visibility offered by the “Virginia Grown” marketing program coordinated by the Virginia Department of Agriculture and Consumer Services. Richard is also supported through his membership in the Virginia Christmas Tree Growers Association. “Producers affiliating with associations such as Christmas tree associations receive the benefit of additional public exposure. Because associations have the support of multiple producers they should take the lead to help producers capture on-line traffic,” adds Smith. 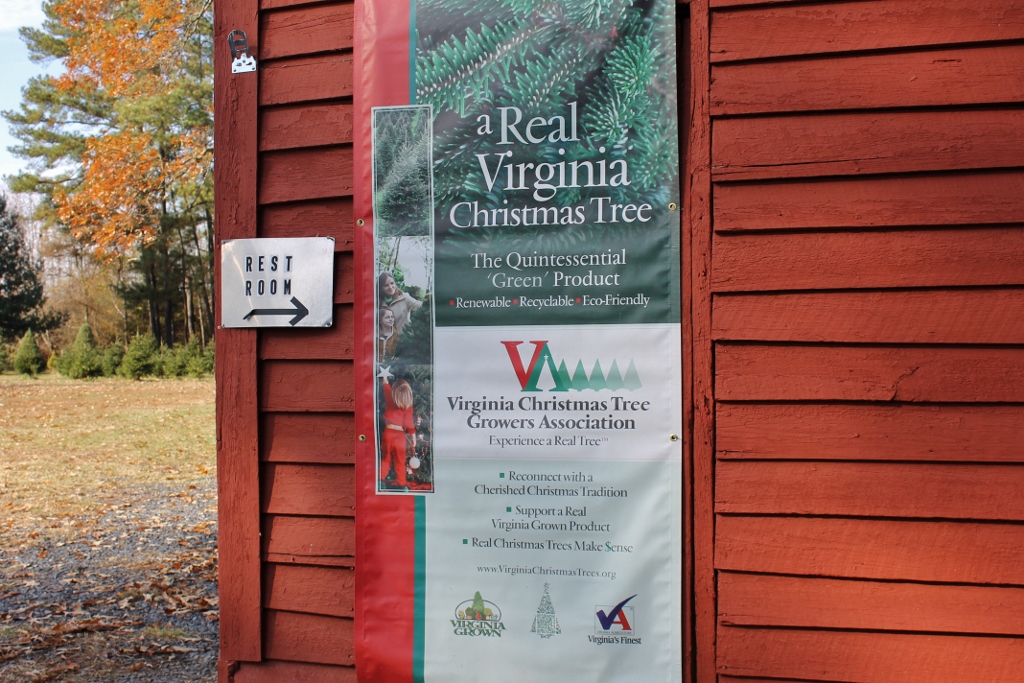 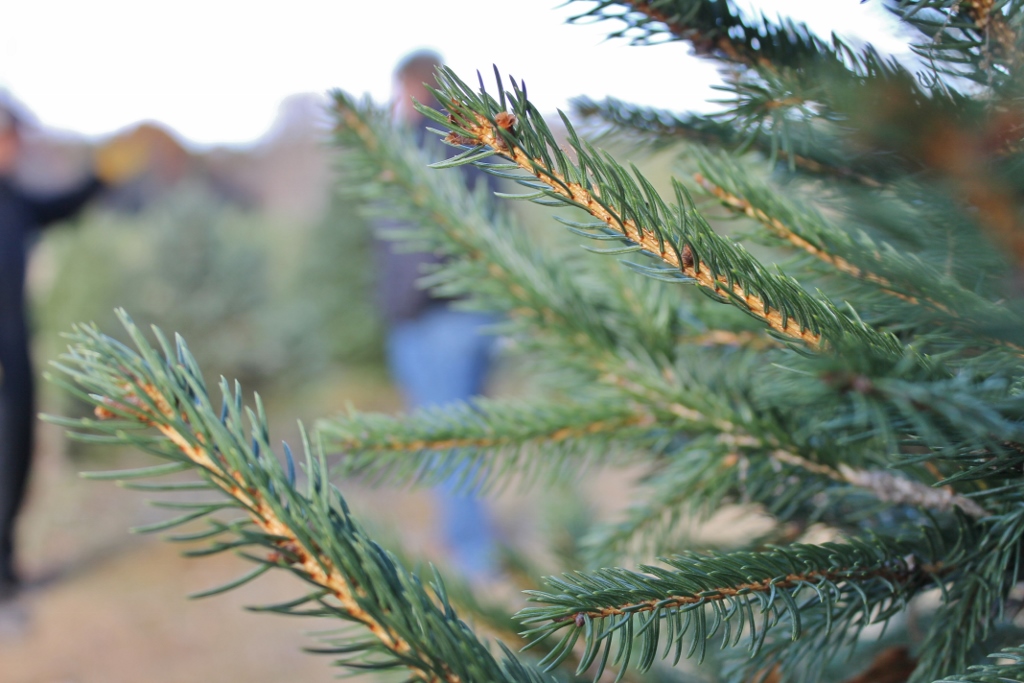 During Richard’s childhood, the plantation grew White Pines and Scotch Pines. Today, offerings include Leyland Cypress, Canaan Fir, Norway Spruce, Douglas Fir, Scotch Pine, White Pine, Colorado Blue Spruce, Blue Ice Cypress, and fresh-cut Fraser Fir. When it comes to needle size, needle retention, fragrance, size, shape, and feel, the farm has a tree for every taste and need. “If you have an obnoxious cat, that’s a good tree,” he jokes in reference to his Blue Spruce. 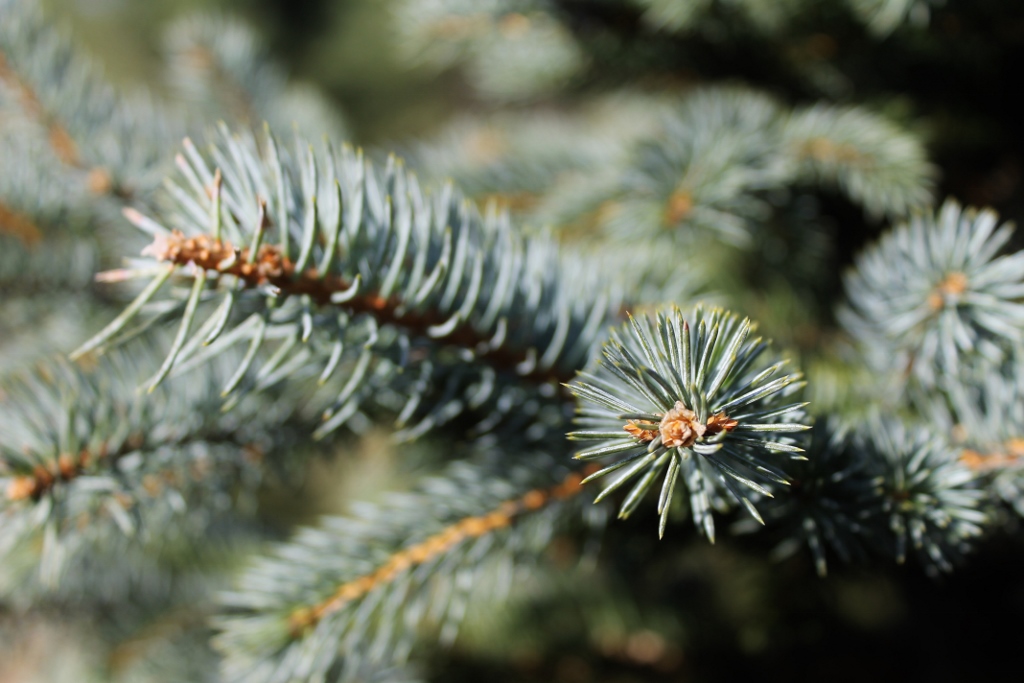 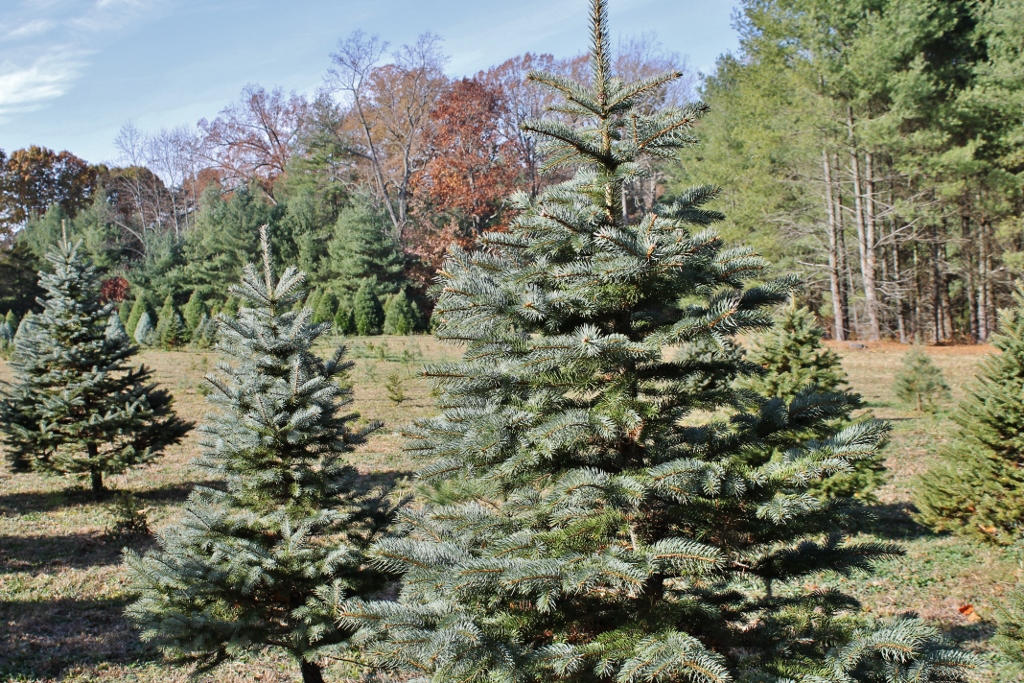 Some trees are more sensitive to warm soil temperatures than others, so Richard strategically takes advantage of the shade offered by the woods bordering the farm. Others, like the cypress, prefer a more basic soil than other trees, so Richard plants them in an area that has been amended with lime. He has found that the trees need no irrigation and little to no fertilizer. 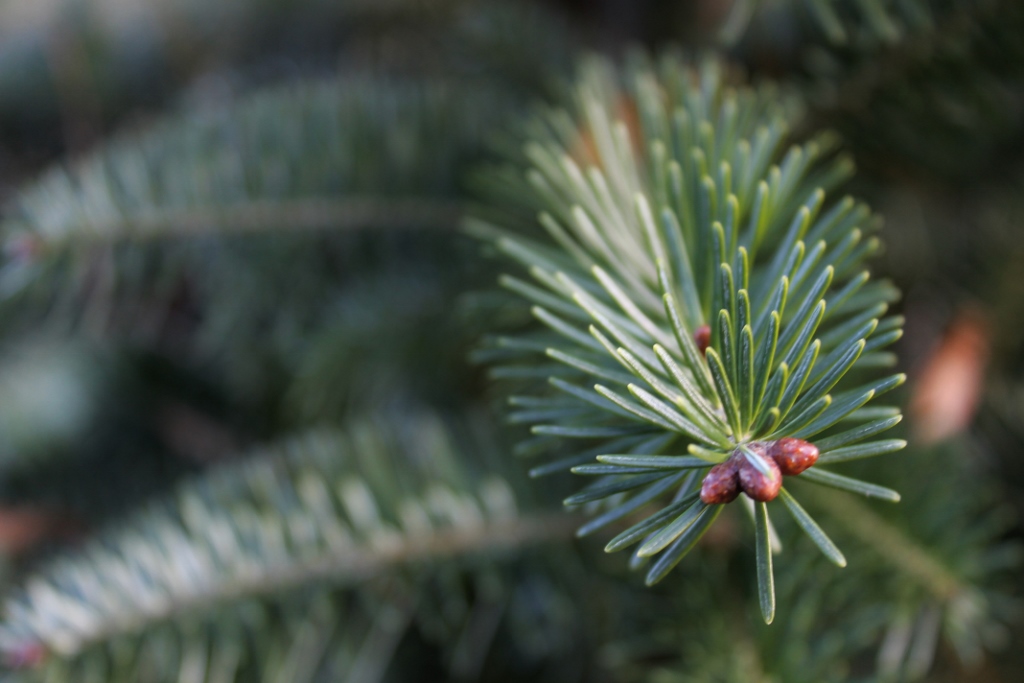 Fertilizing trees may not be a high priority, but make no mistake about the maintenance requirements for a Christmas tree farm. Growing trees is year-round job with extra time demands not just during the holiday season but also during the summer. Tree shearing dates vary by tree because each type has different growth habits, but once shearing begins, it is a seven-day-per-week, eight-hour-per-day commitment. 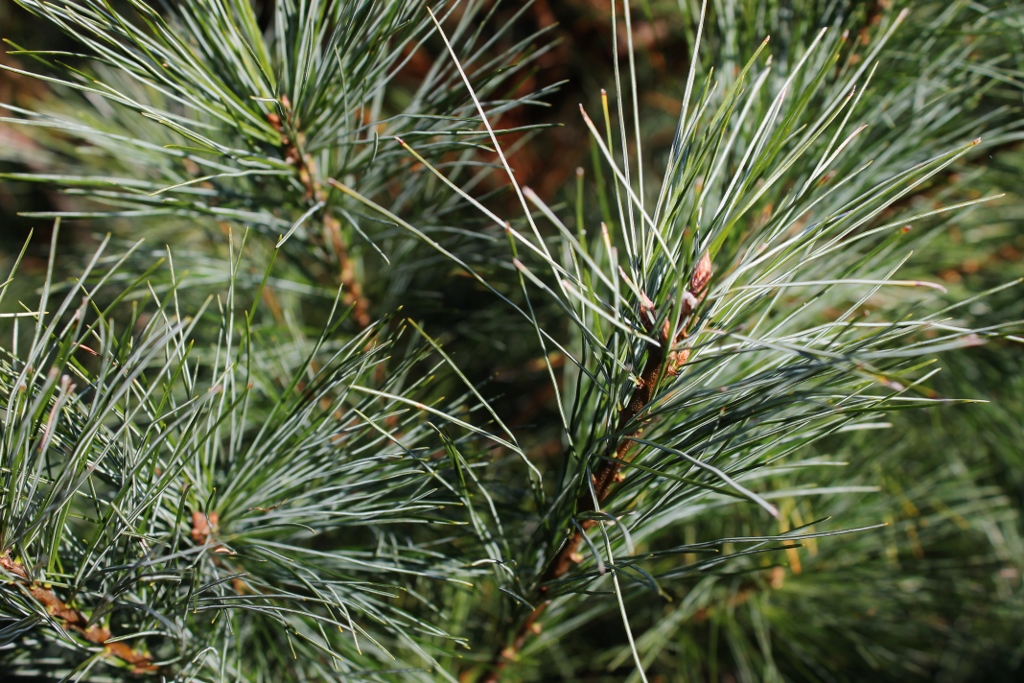 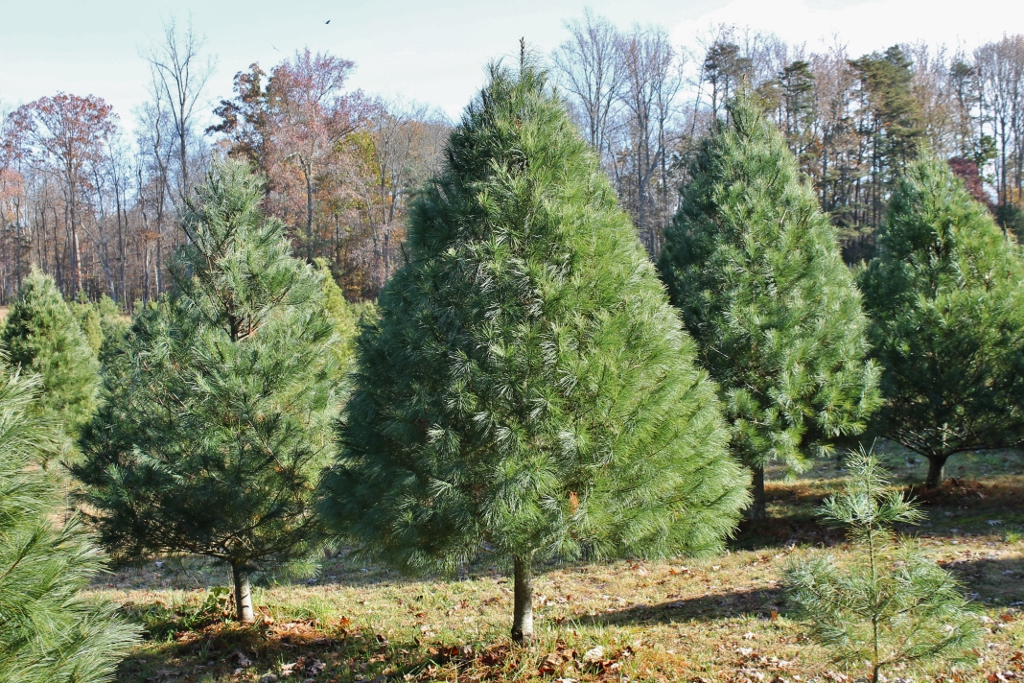 When he is not shaping trees, Richard must scout for pests like bagworms and scale which can be destructive on any kind of tree farm. By using predator insects to control scale in recent years, he has noticed a deep reduction in his need to spray trees, and lately he has been able to keep the bagworms in check by removing them as he sees them. The deer are another more difficult story. They can kill two dozen of his trees in a year just by rubbing them, but thankfully most of his larger trees recover from the damage or can be salvaged for wreath material if they become unfit for sale. In fact, wreaths form another portion of the farm’s revenue stream. 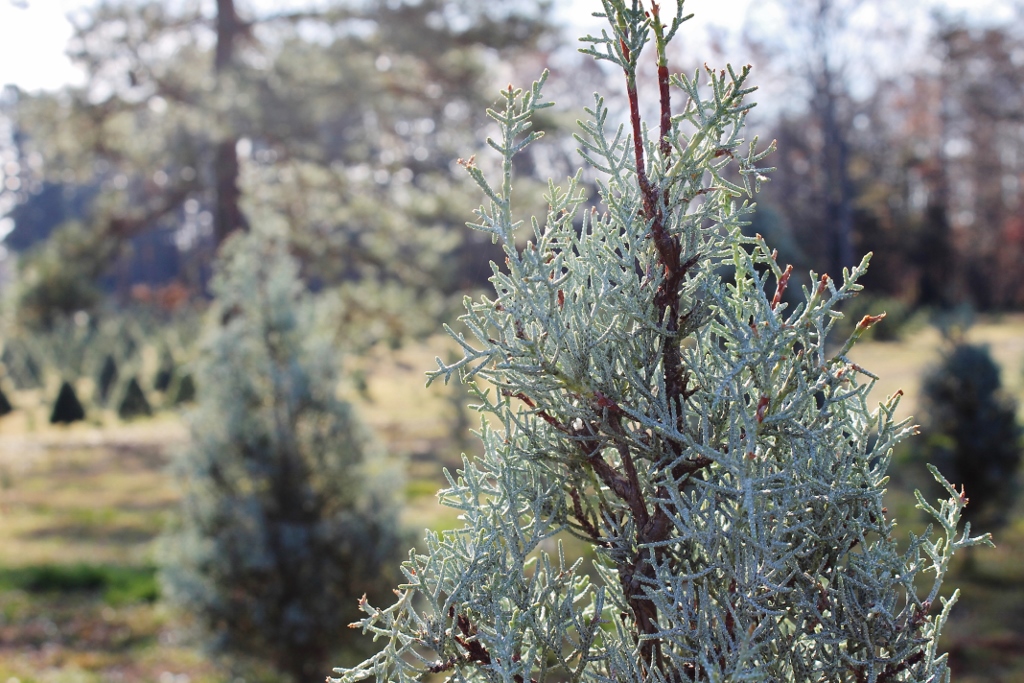 Planting is another time-consuming annual farm chore. Richard has to plant nearly two thousand trees each year so that several hundred trees per year will be ready for sale further down the road. Of the two thousand initially planted, only a portion ultimately survives from seedling to sale due to environmental conditions, pests, and other stressors. Some, like White Pine, may show nearly 95% percent survival, while other more difficult trees may have a 25% survival rate. To further complicate planning the planting, some trees such as the Cypress may grow far more quickly than their peers, and Richard must account for the fact that all trees take several years to reach a saleable size. 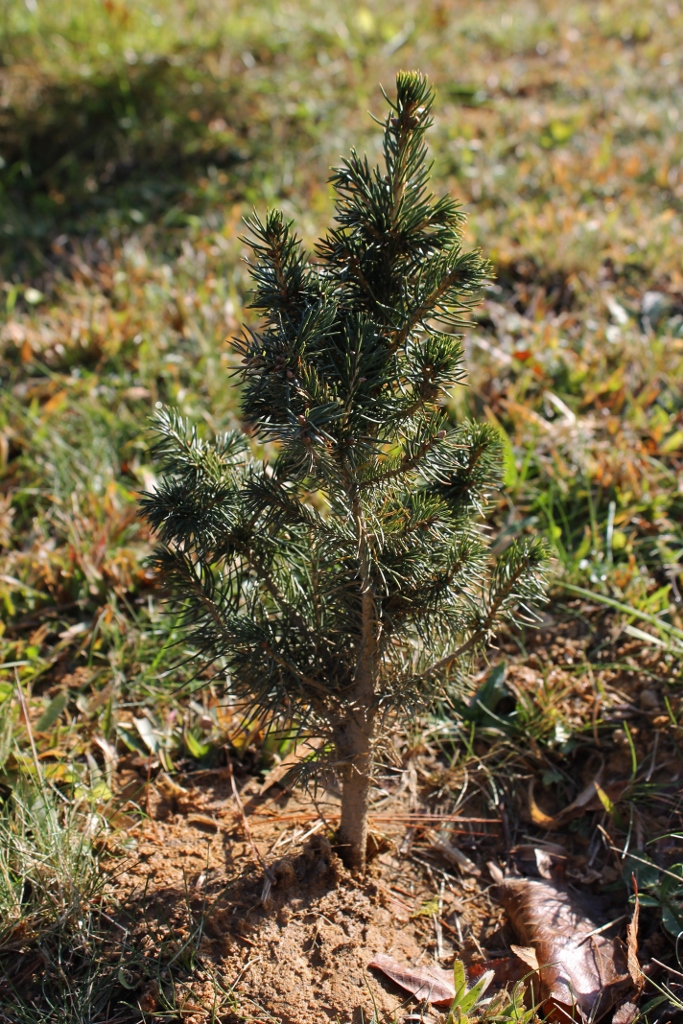 When he approaches the Christmas season, he projects his inventory by counting the number of trees that meet his standards for quality. Those which are too large, too small, have bare spots, or look stressed do not make his count for potential saleable trees, but he has found that customers sometimes surprise him with their choices. One time, a customer chose a tree which was yellowing on the bottom and green at the top. He cautioned the buyer that a different tree would look healthier and last longer, but this person insisted that he had found the perfect Green Bay Packers-themed tree. 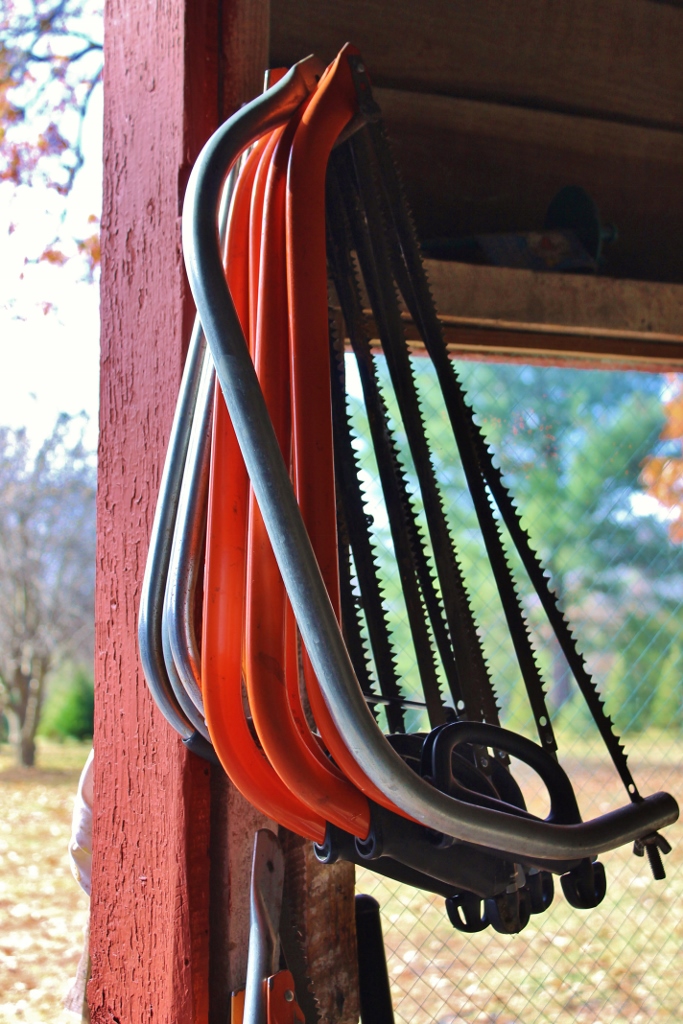 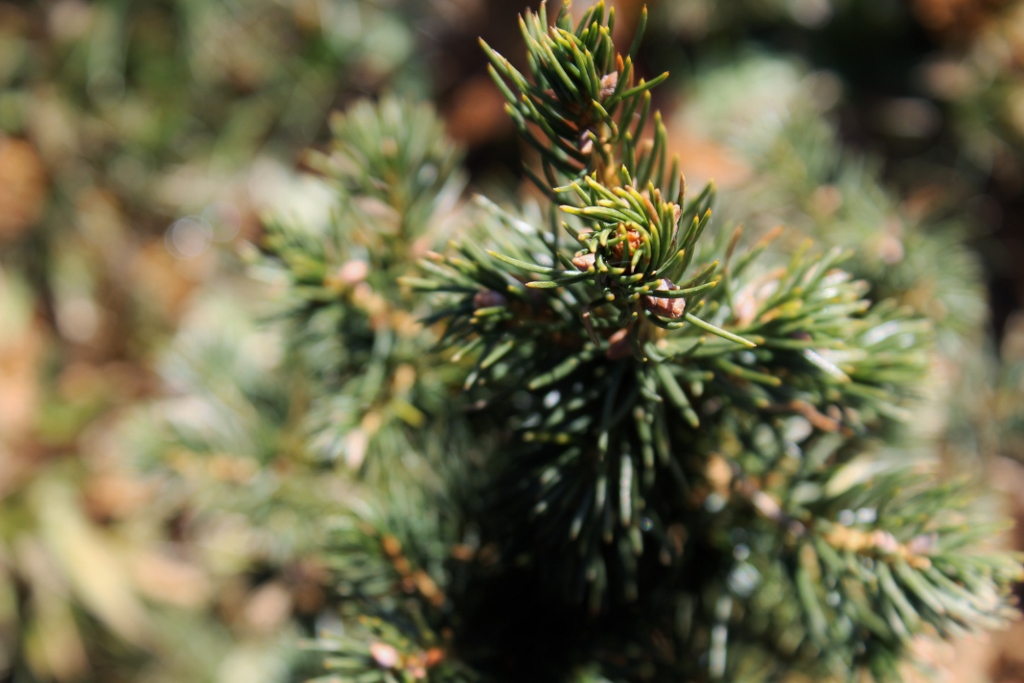 The operation opens for sales each year the day after Thanksgiving, and Richard says that opening weekend was the busiest weekend of the holiday season at the farm last year. What does the future hold for the Nuckols Christmas Tree Plantation? Hopefully plenty of healthy new trees and fewer deer are on the horizon. 2014 is already shaping up to be a good sales season so long as the rain holds off on the busy weekends. Richard also has tradition his side—as long as families continue to choose fresh-cut, Virginia Grown trees during the holidays, his farm full of carefully-tended, beautifully-shaped trees will remain a fixture in Central Virginia’s landscape. 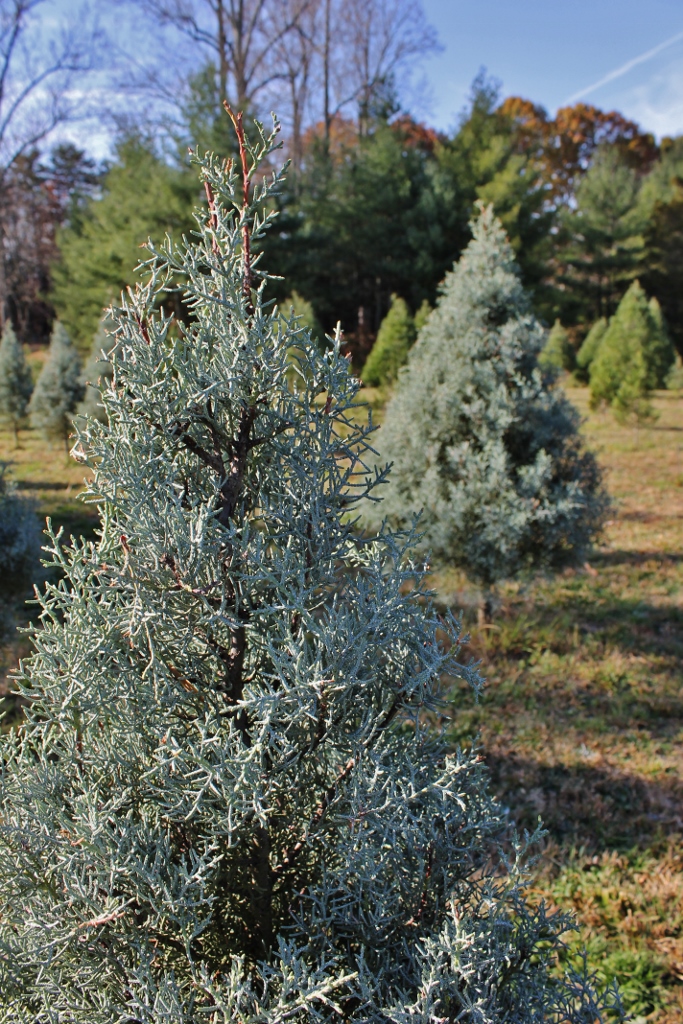 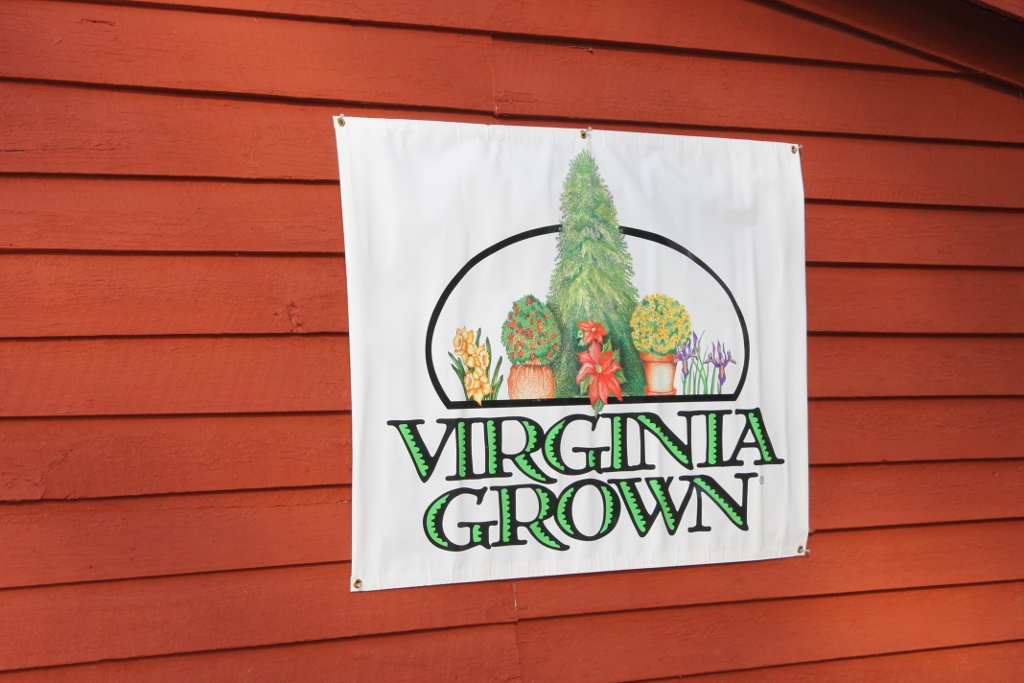 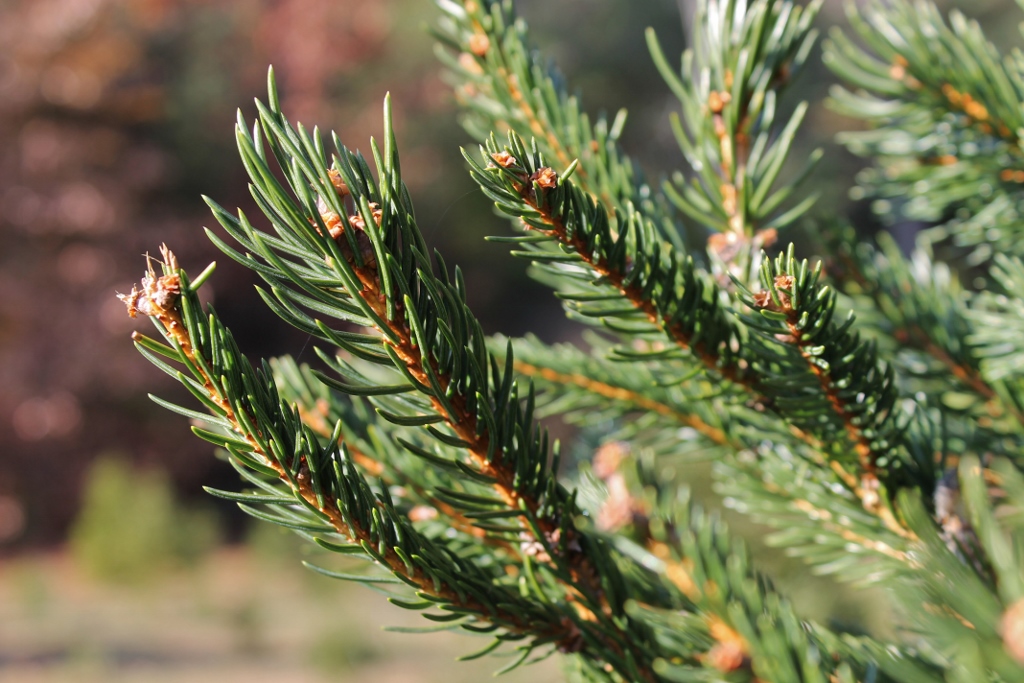 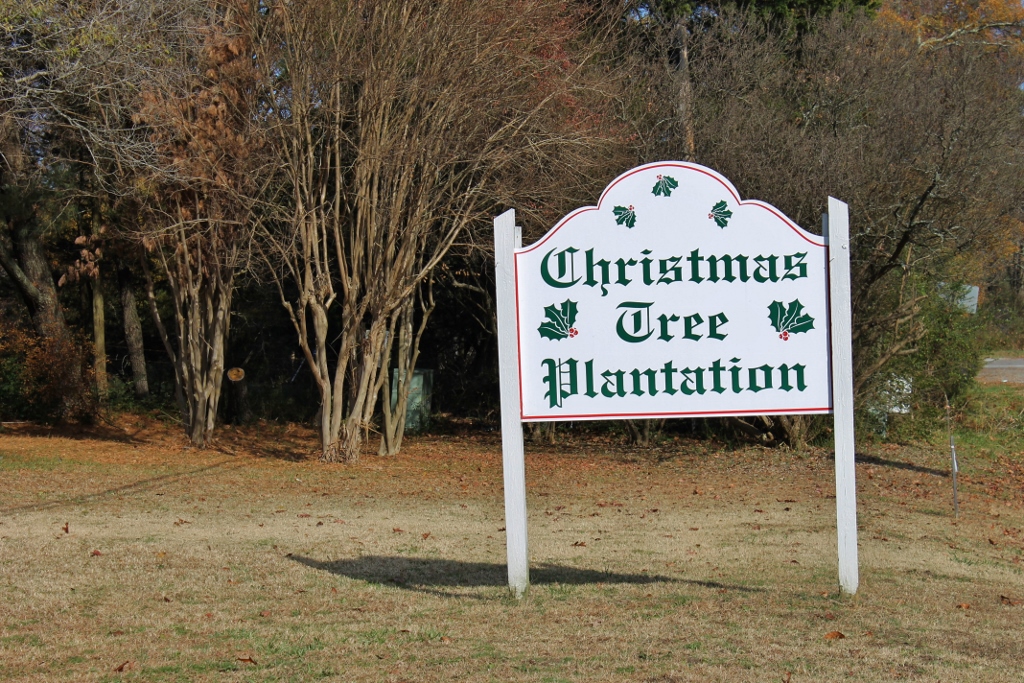