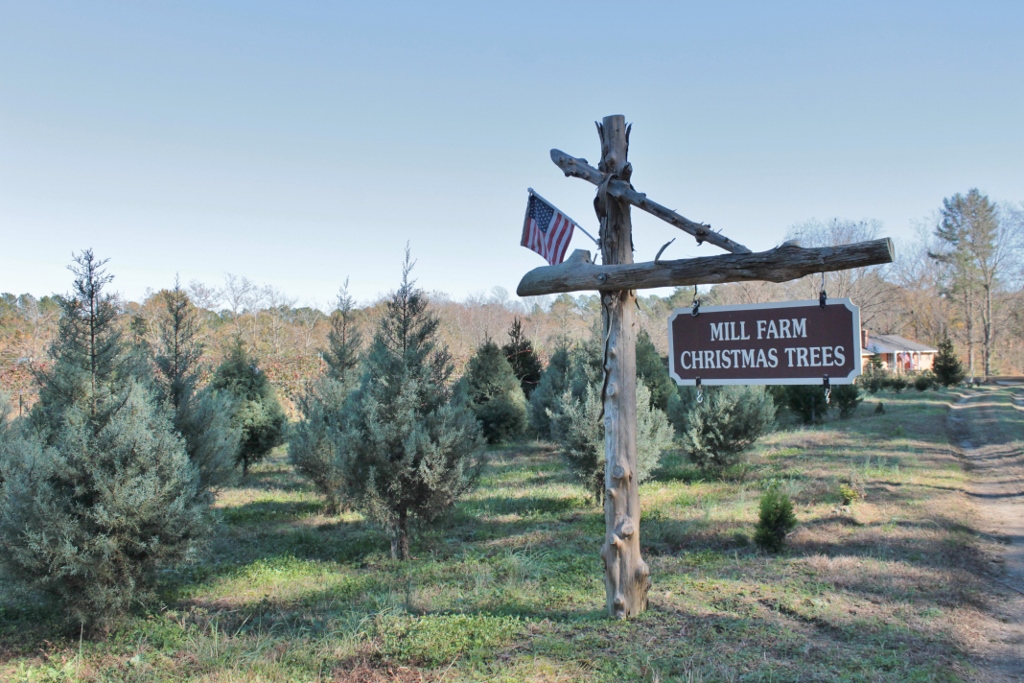 Trees come naturally to Bill Apperson—he is, after all, a forester by trade. However, he readily asserts that Millfarm is a team effort, with his wife Mary serving as his integral other half. “I’m more the horticulturalist, she’s the salesperson,” he says, and when it comes to management, “We see almost everything alike.” Mary, in turn, jokes, “He’s the brains, and I’m the brawn.” 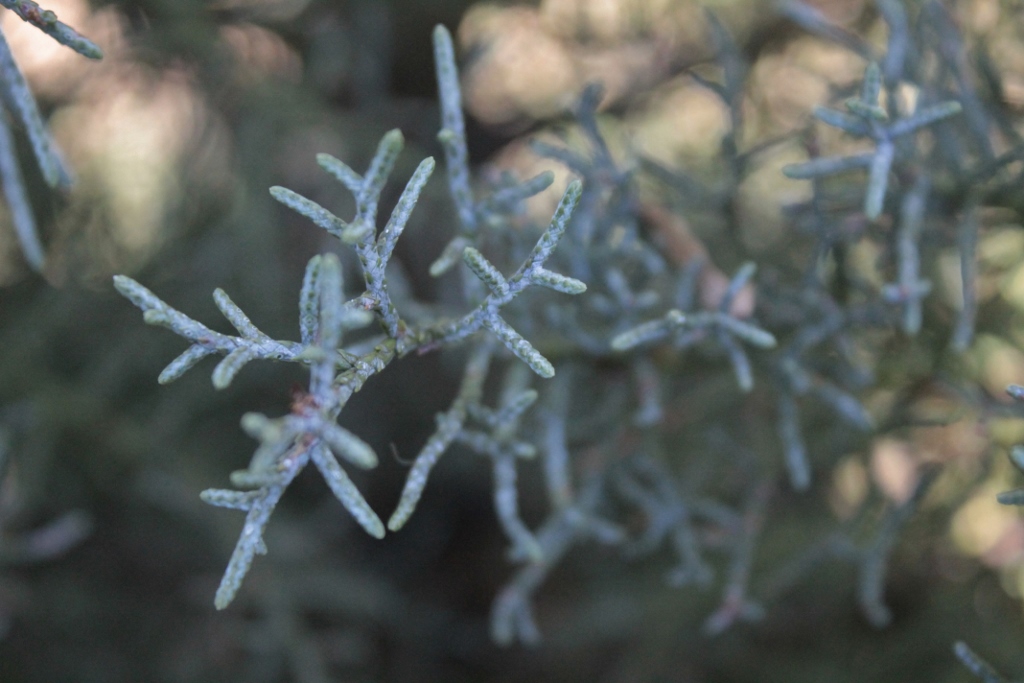 For many years, their combined powers behind the scenes have enabled visitors to share in the Christmas tree farm’s high-quality offerings. Millfarm, located minutes from Williamsburg, is a gem for pick-your-own enthusiasts chasing after a fresh-air farm experience or seeking a place to build family holiday traditions. Visitors walk through the fields to choose their trees, and the Appersons cut them and bring them out for the ride home. In a typical year, the farm draws its largest crowds on the first two weekends after Thanksgiving, as many customers want their trees in place in time for the Grand Illumination in nearby Colonial Williamsburg. 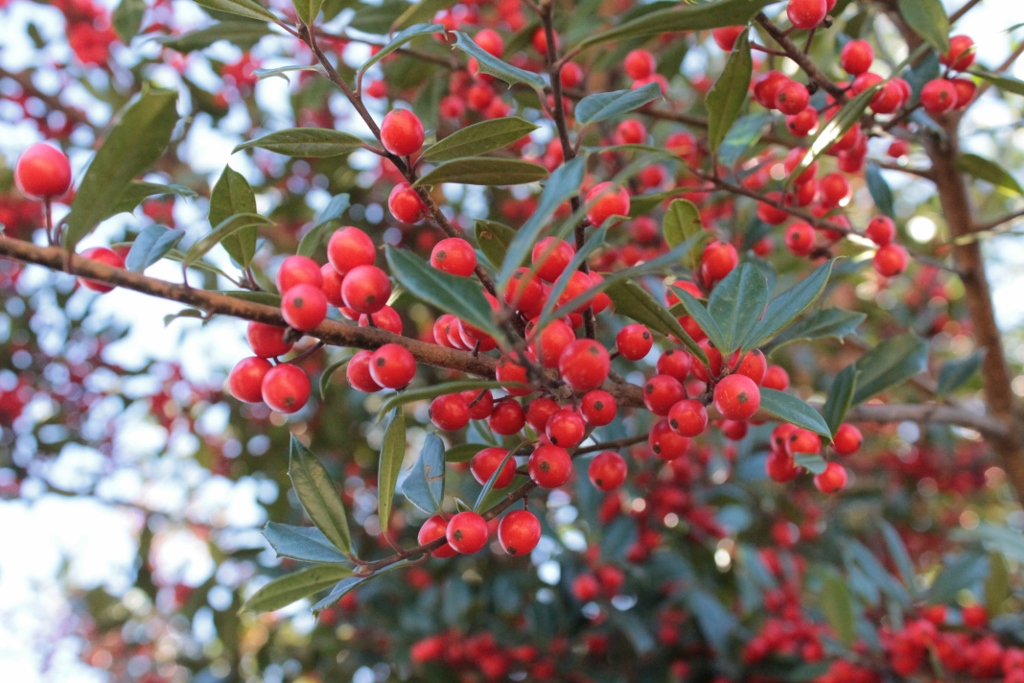 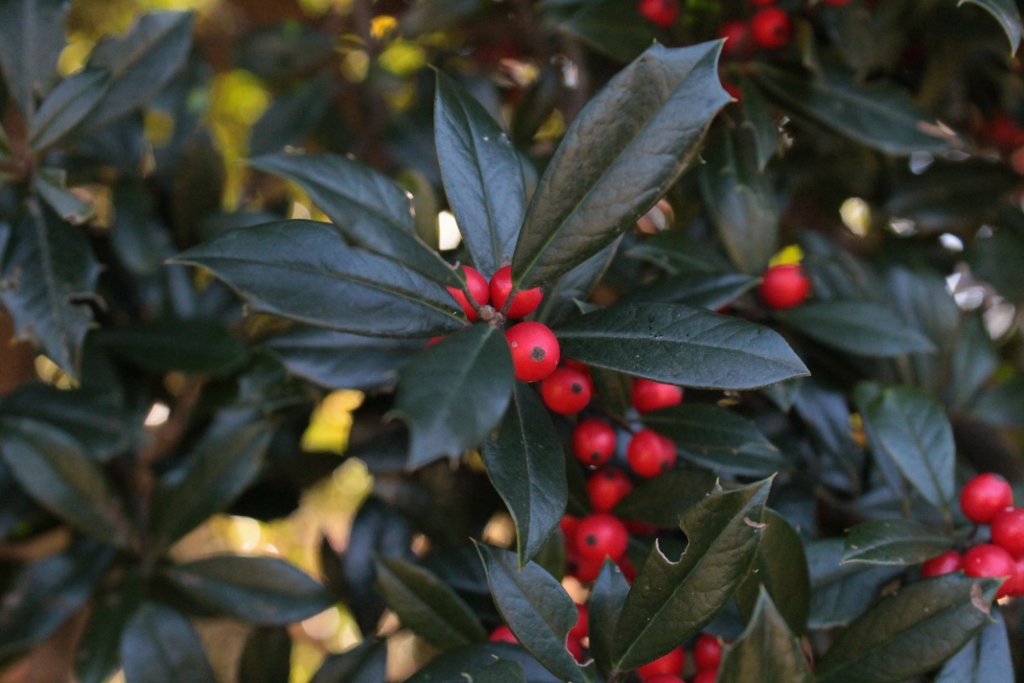 What sets the Appersons apart from many tree farms is their tree-tagging policy—or, more precisely, the locally-cherished tree-tagging tradition they have cultivated. Any time after Halloween, customers are welcome to visit the farm, choose a tree, and reserve it with a tag of their choosing. Over time, this practice has evolved into a full-blown annual ritual for many families who come early in the season to claim a tree and mark it with special materials from home. “We have some uniquely decorated trees in our fields,” Mary laughs. Some trees are reserved simply with tags, ribbons, strings, or even socks, while others hold more elaborate trappings like tinsel, glass ornaments, hand-written signs, and even police caution tape. Some families visit their chosen trees multiple times throughout the holiday season, and Mary counted two dozen photographers at the farm on one recent weekend. “Families come out here to get their pictures taken with their trees,” she says. 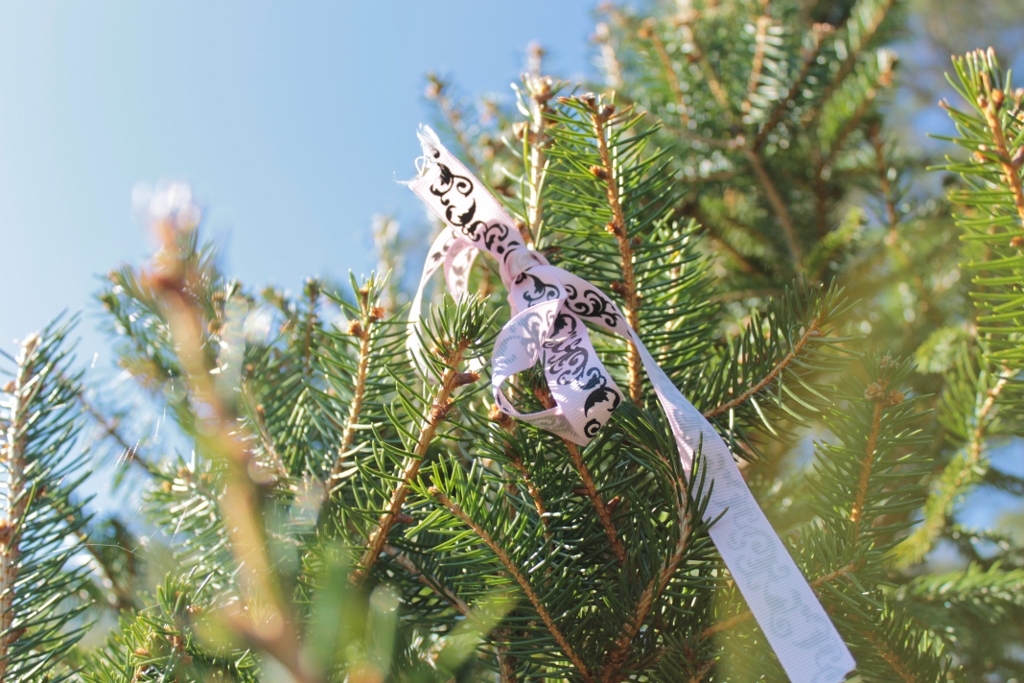 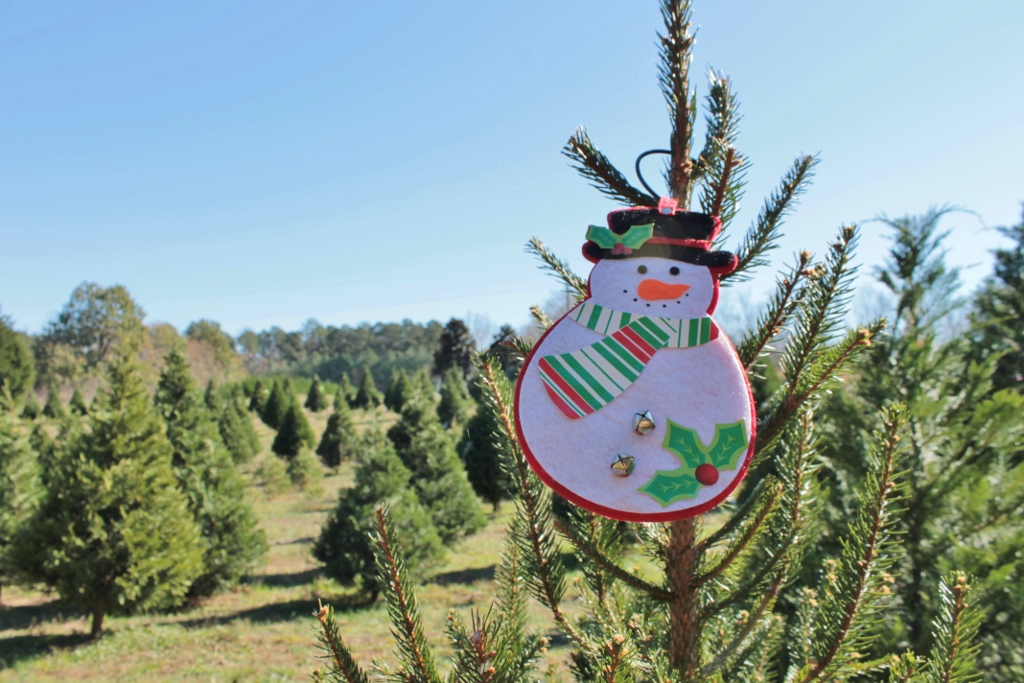 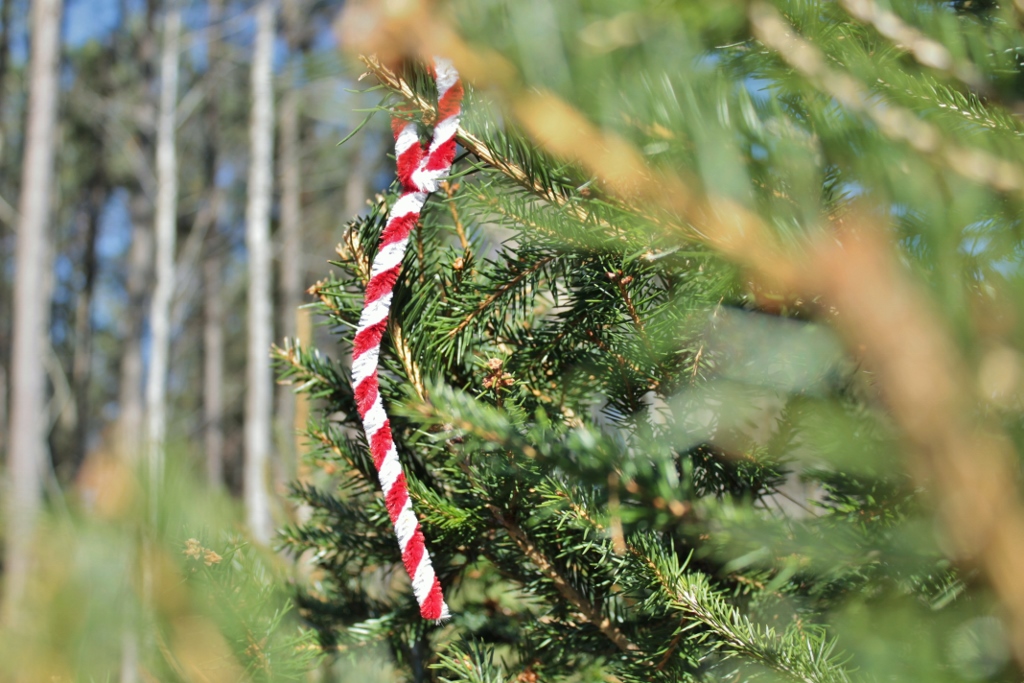 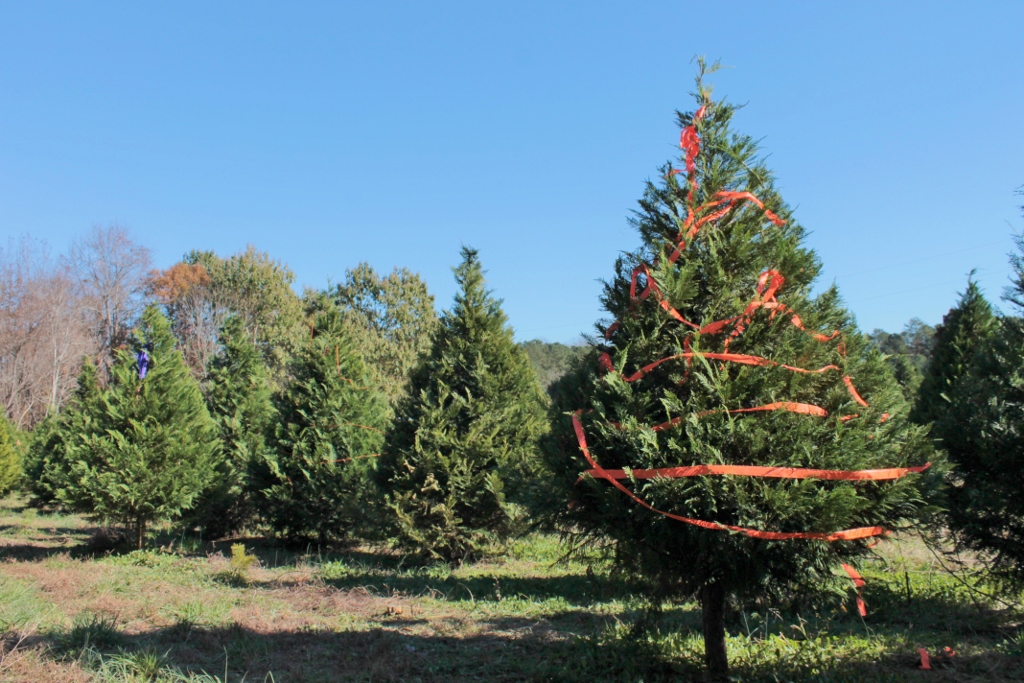 Above: Families reserve the trees of their choosing with a variety of signs, decorations, and ornaments.

The Christmas tree farm, one of few in Southeastern Virginia, has offerings ranging from traditional White Pines, Cedars, and Norway Spruce to the unique Canaan fir, Blue Ice Cypress, and Carolina Sapphire. Cypress trees are also farm staples. “The Leyland Cypress is the most popular because it doesn’t shed. It’s a very clean tree,” Mary notes. Trees are priced by the foot. “We round it off,” Bill says. “One of our keys is affordability. We are building for repeat customers.” 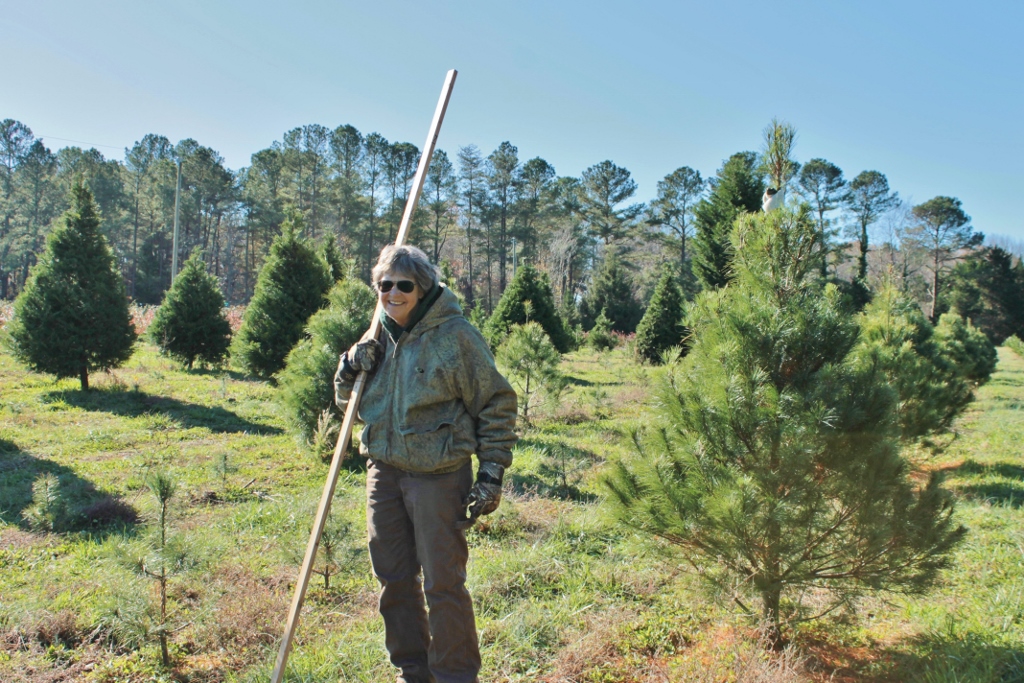 Using extra greenery, the family offers wreaths to their customers both at the farm and at a nearby market. “We use trees that won’t make a Christmas tree,” Mary says. Years ago, to enhance their wreaths, Bill and Mary began growing a deciduous holly called “Winterberry,” prized for its bright red fruit. “It’s very popular for winter decorating,” Mary says. After seeing how in-demand the branches were at markets in the region around the holidays, Bill established some larger Winterberry plantings. “I realized there was a really good market for them,” he says. Now, his family sells branches loaded with bright red berries at the Williamsburg market along with the farm’s greenery and wreaths. 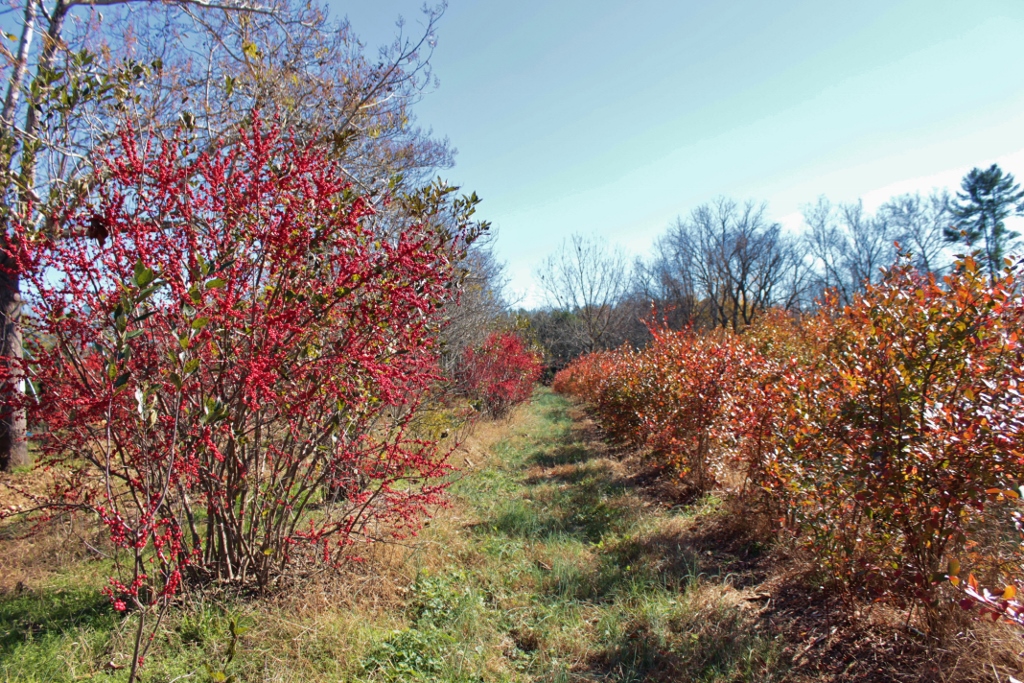 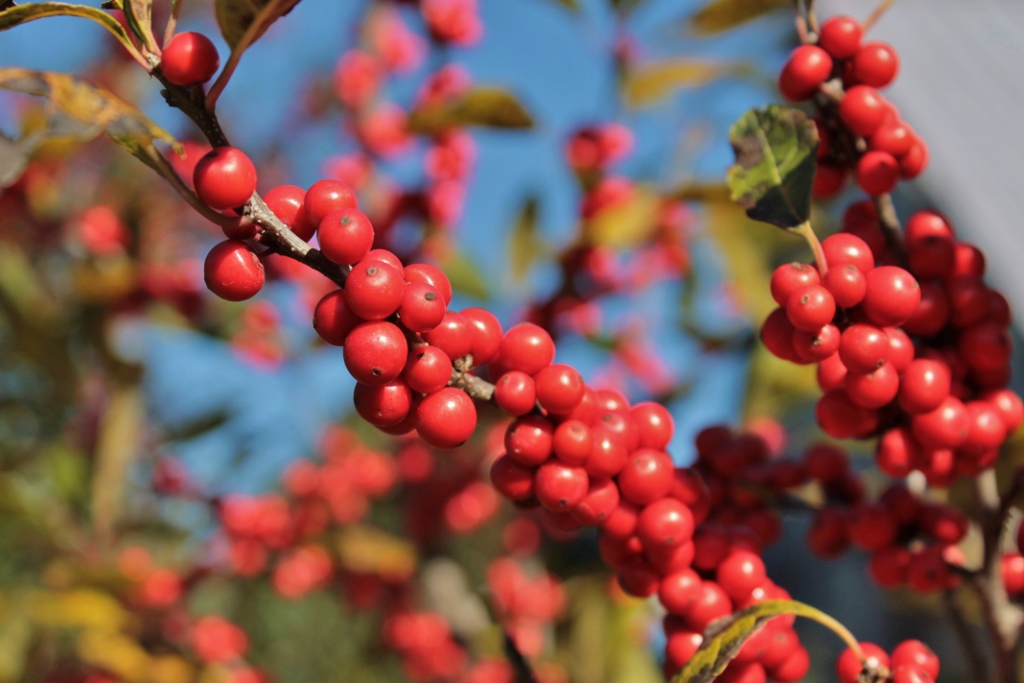 The farm grows Winterberry for wreathmaking and for the local market.

As for chores, there is plenty to keep the Appersons busy year-round. After Christmas, they plant nearly three thousand new trees next to the old cut stumps. “Of course, keeping grass cut is a ten-month-of-the-year job,” Mary says. There is also the matter of pests of both the spineless and the hooved variety. Evergreens on Millfarm and just about everywhere else can be afflicted with insects like bagworms, scale, and aphids. Bill and Mary have adopted organic pest management strategies to deal with these problems as the need arises. The deer, on the other hand, pose a far more visible threat. They rub bark from trunks, break branches, and browse on trees, leaving a wake of irreparable damage. This year’s deer problems were particularly painful. “We’ll lose a whole field of firs to the deer,” Mary says. 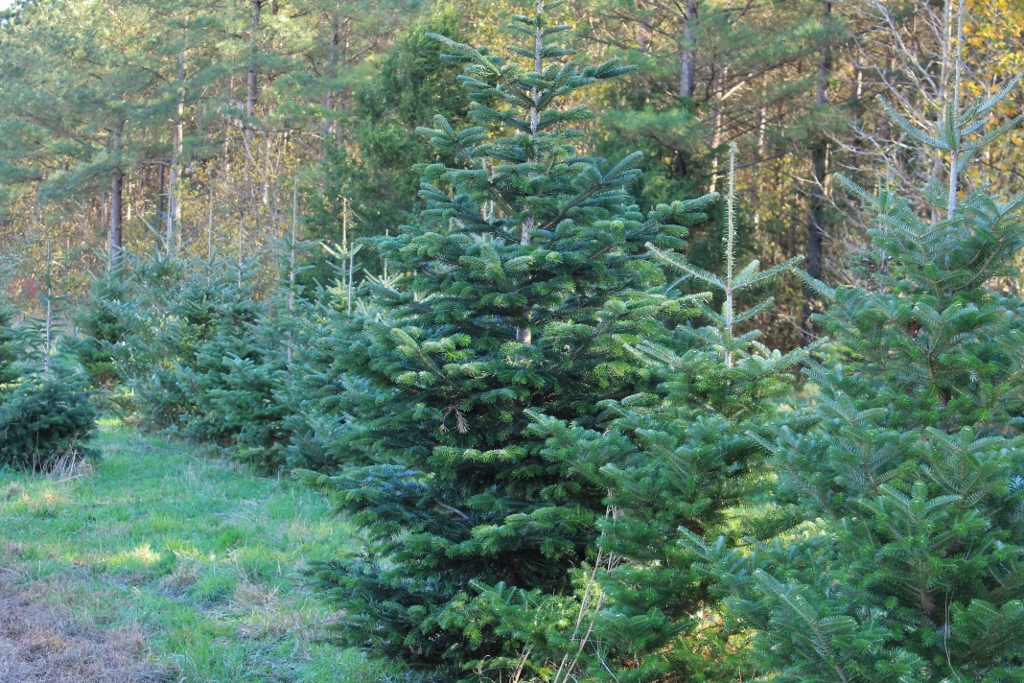 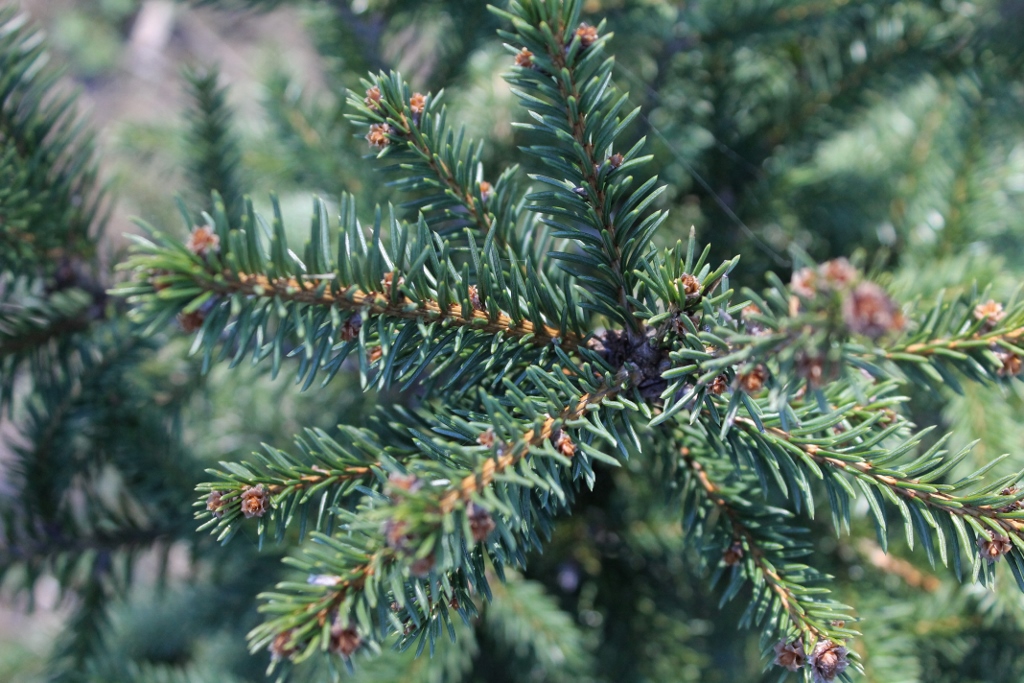 She believes that loss of wildlife habitat due suburban growth could be creating some of the extra deer pressure. While there are many farms in the area surrounding Williamsburg, its suburbs remain attractive for future growth and development. While this development can certainly bring new challenges to farmers in its wake, Kate Robbins, who manages Agriculture and Natural Resources programming for the James City County Extension office, sees the growth as an opportunity for novel forms of agriculture to thrive. “James City County is, for sure, a borderline county where urban sprawl is outgrowing the agriculture. However, we are seeing a burst in small farms start-ups—those less than five acres. We have an excellent Farmer’s Market in Williamsburg, and James City County is working hard to offer help and incentives to the small farmer,” she says.

Kate Robbins (center) visits with Bill and Mary at the farm. She brings Extension services and support to growers in James City County.

In the meantime, Kate visits with the Appersons and other existing farmers to offer her knowledge and support. “As the Virginia Cooperative Extension Agricultural and Natural Resources representative for James City County, my role is to be a local resource to the producers, providing fact-based information to help improve productivity while protecting the environment,” she says. “I might advise the producer or farmer about which variety of crop grows best in the county or offer training in the safe application of pesticides or educate on the benefits of crop rotation,” she says. Through her outreach, she helps growers including Bill and Mary when pest and disease cases require input from university specialists. “A producer’s crop may show evidence of disease, so I can help get samples to Virginia Tech to hopefully diagnose the problem and get the crop back up to full, healthy production,” she says. 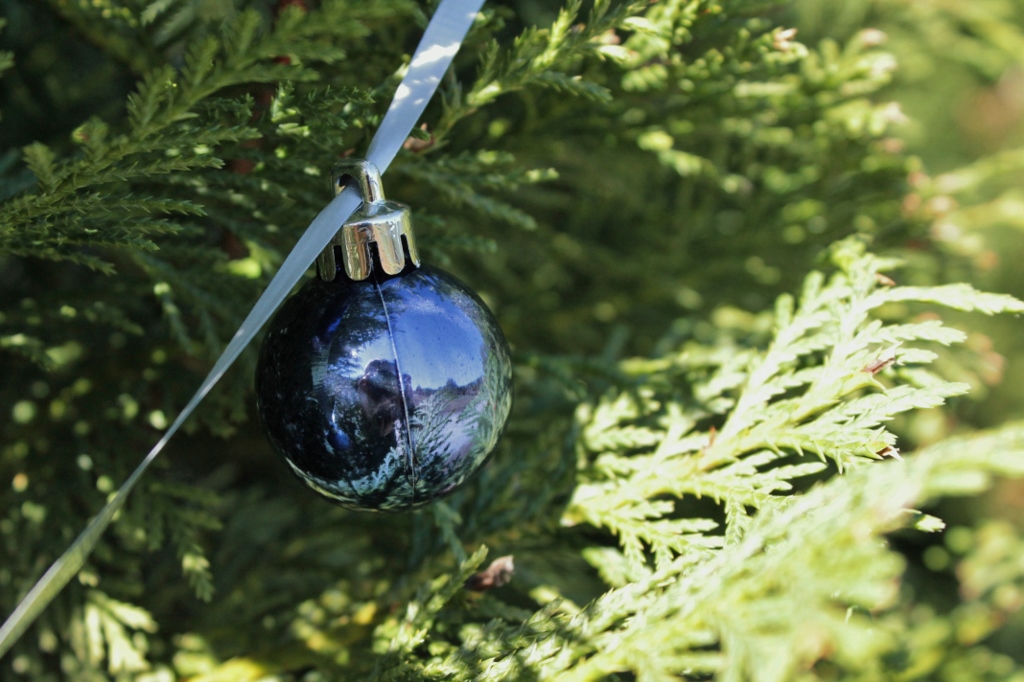 Through her visits with the Appersons, Kate has come to believe that their combination of experience, longevity, and commitment to sound environmental practices has enabled them to build long-term success. “The Appersons are excellent environmental stewards, staying abreast of best safety practices regarding fertilization, pesticides, soils and water,” she says. “They understand what will work with and compliment the native soils, and they have a clear understanding of the native environment. Additionally, they are educators—they practice what they preach, and their superior products clearly drive the point home,” she notes. 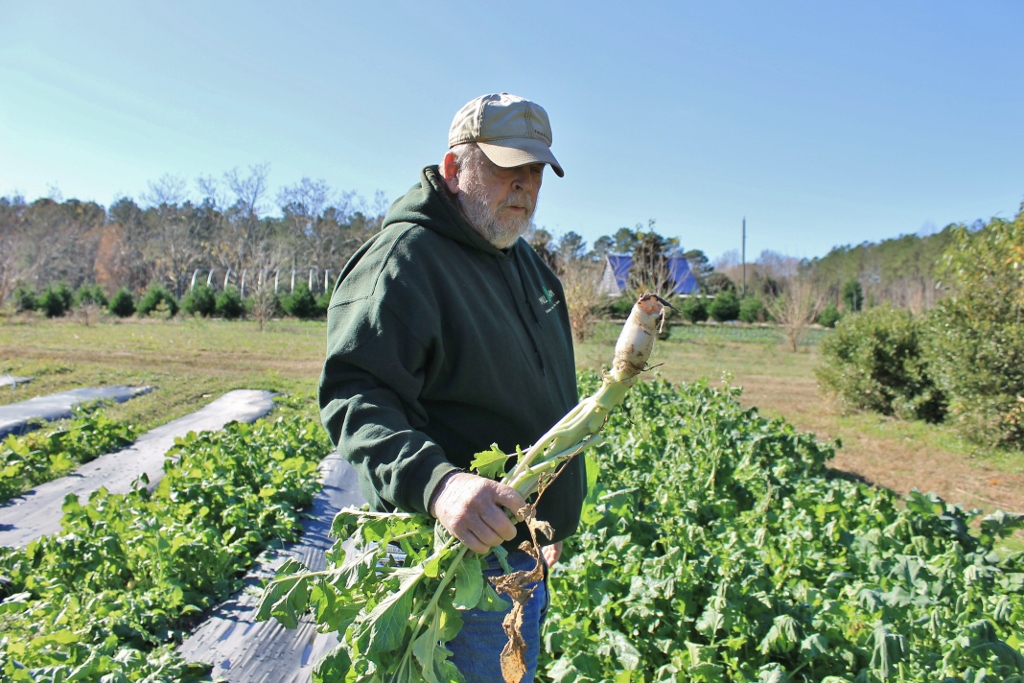 Bill Apperson shows off a tillage raddish from the family’s garden. He grows them as a fall cover crop to improve the soil.

Bill himself is no stranger to collaborating with Extension and other agricultural agencies. He spent his career in the Virginia Department of Forestry, and even in retirement, he works with their staff to conduct special research projects. He also credits his career as a forester with kickstarting the Christmas tree endeavor over forty years ago. “People were asking how to grow Christmas trees and nobody knew, so I grew a few rows to try it,” he says. He was tasked with performing trials on behalf of the Department of Forestry to see if certain Christmas trees could, in fact, be grown successfully in Southeastern Virginia’s soils and climate. He says of his trial trees, “People wanted to buy them, which took me by surprise.” He later developed his own tree business and continued his forestry work, leading him to network with researchers and university faculty along the way. He built relationships with Extension specialists, including Allen Straw, small fruit and specialty crops expert, and credits them for providing crucial technical support for the farm’s crops. 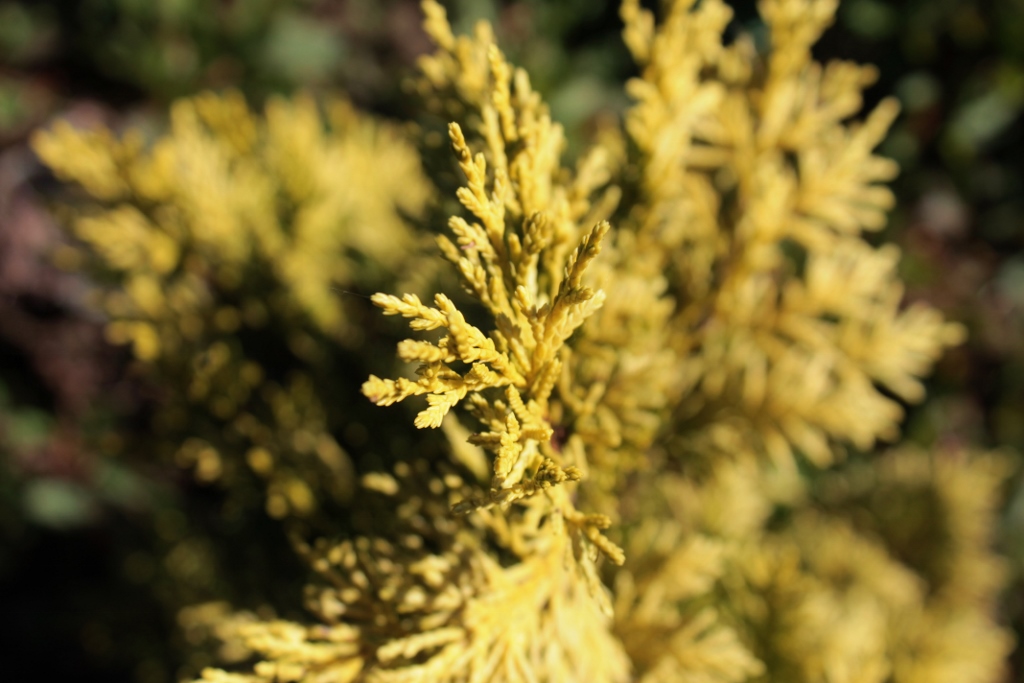 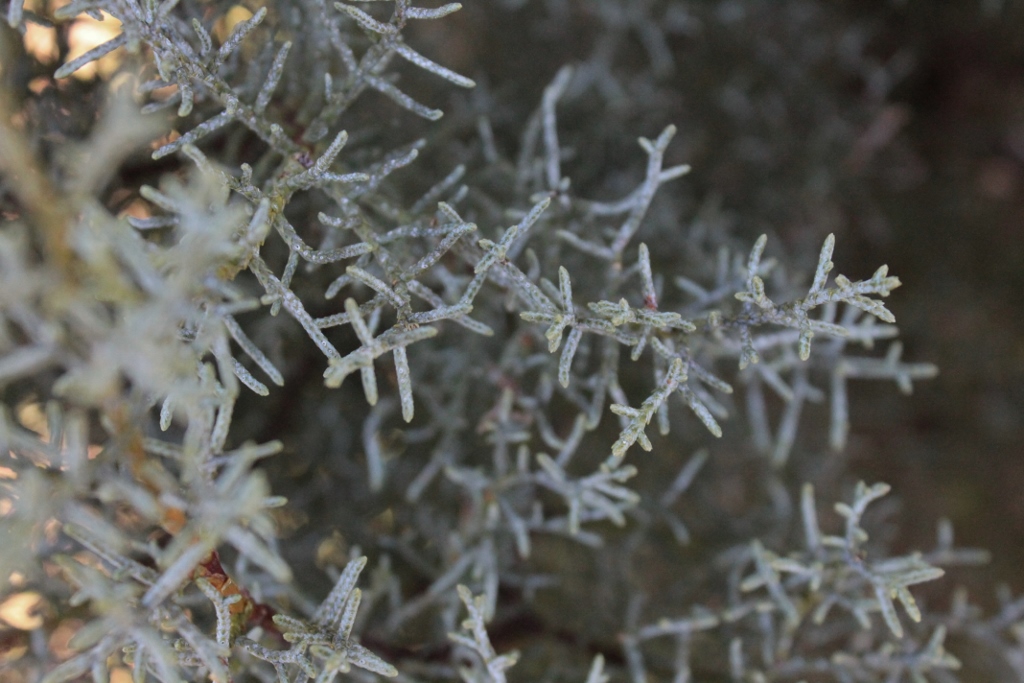 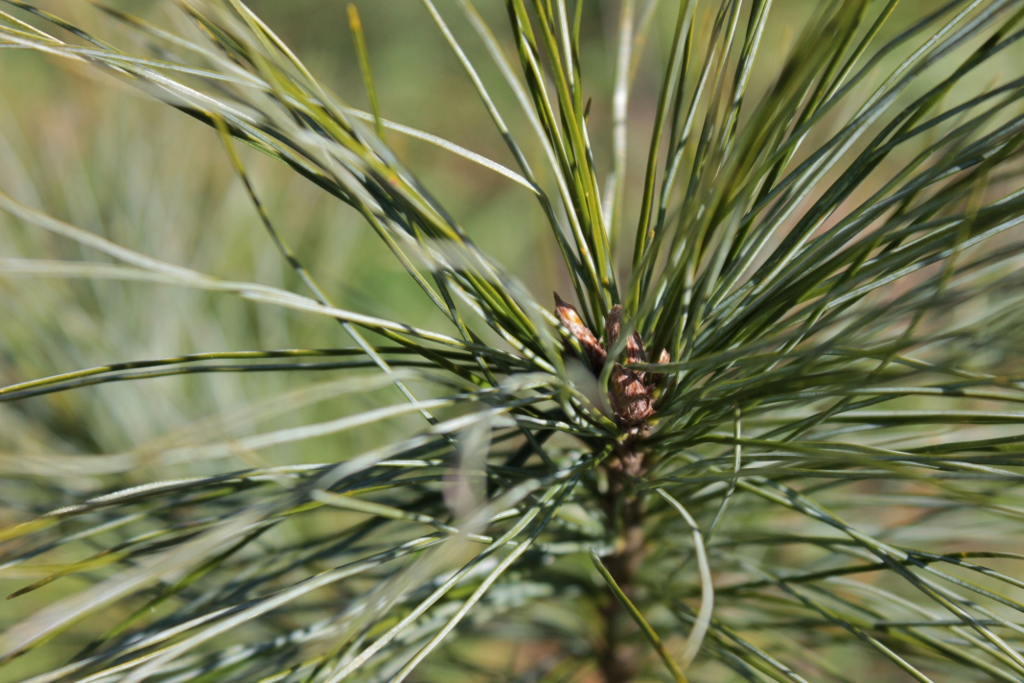 When Bill and Mary are not busy planting, shaping Christmas trees, controlling grass, or helping customers, they are hard at work on the small fruit side of their business. The farm property once housed an orchard, and after Bill grew trees for a number of years, he chose to put some of the land back into fruit production, albeit in the form of blueberries, blackberries, and strawberries. “We decided to diversify a bit—it seemed like the way to go,” he says. 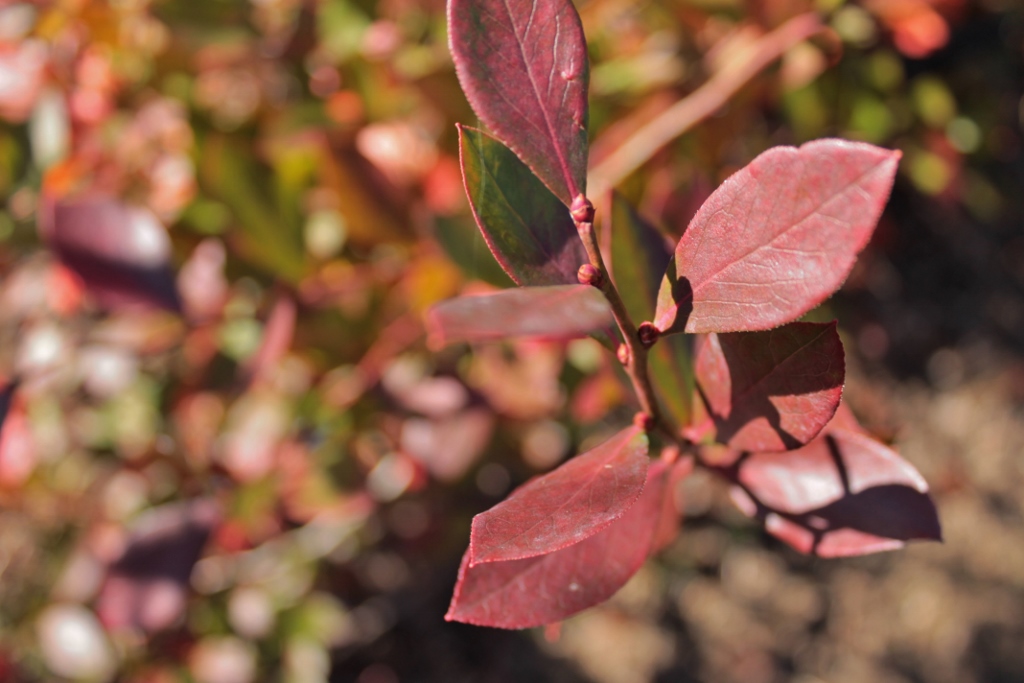 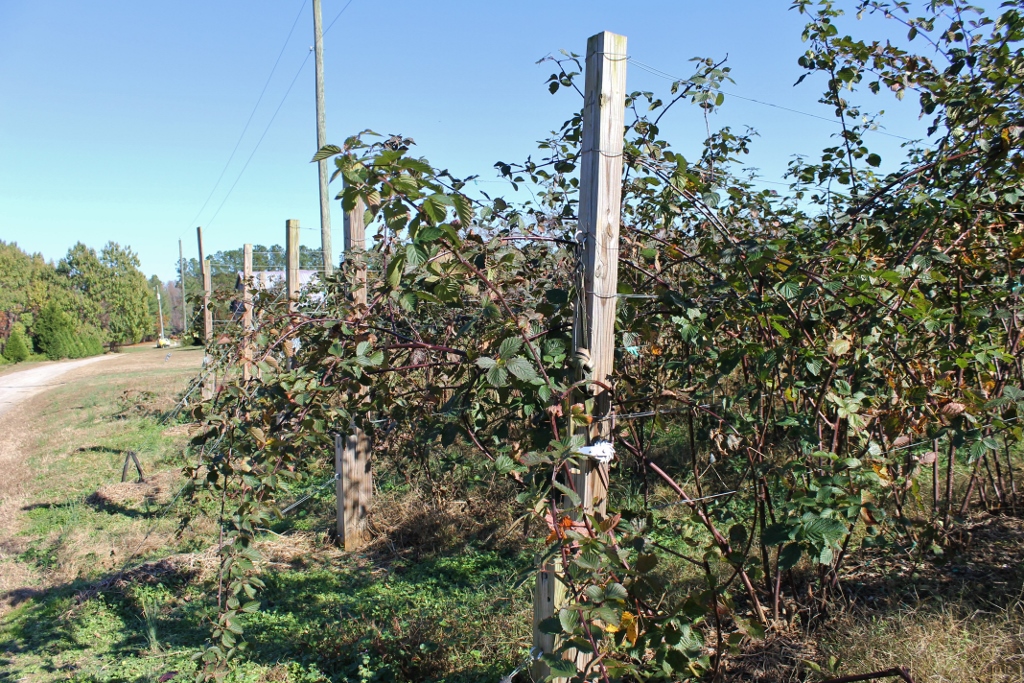 Above: The farm’s blueberries and blackberries prepare for the winter ahead.

He grows several varieties of strawberries on black plastic and is currently experimenting with some day-neutral varieties that can blossom continuously throughout the growing season. Around April, the strawberries begin to require intensive attention, including irrigation, weed control, disease checks, and protection from freezing temperatures. Bill and Mary’s son, William, and their daughter-in-law, Cherie, help them run the farm. During strawberry planting season, William and Cherie’s children Lottie and Will help their parents and grandparents operate the farm’s waterwheel planter. 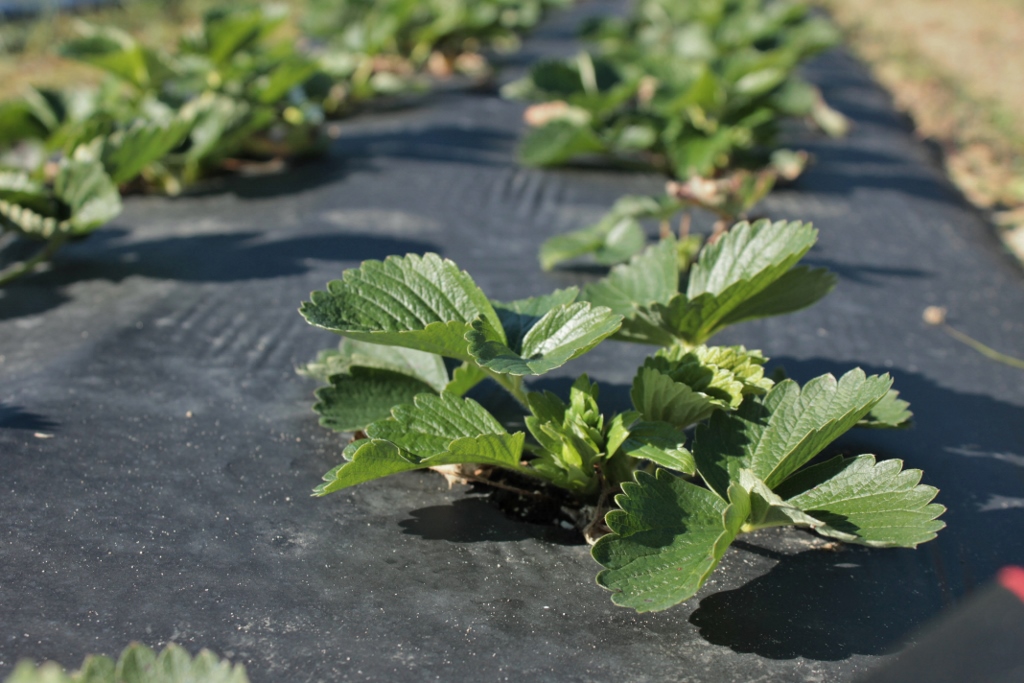 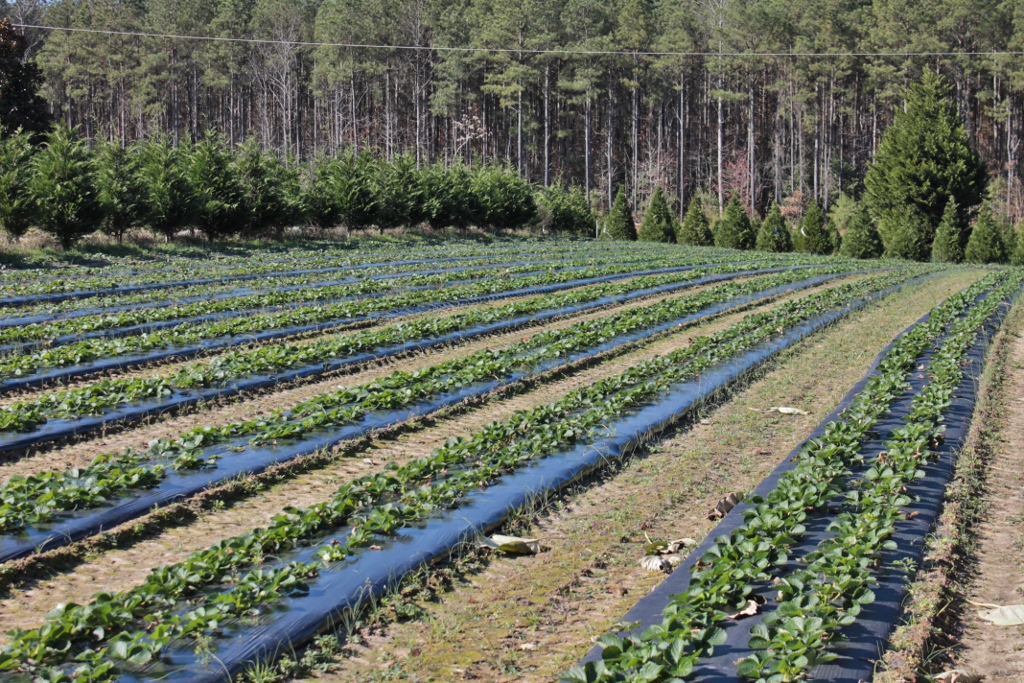 The farm is also home to several acres of blackberries and blueberries. Fruit harvest is mostly a pick-your-own affair, but the family takes a portion of the fruit crop to the market, where local berries are wildly popular. To adapt to local conditions, Bill grows southern highbush and rabbiteye varieties for his blueberry plantings, and he has a mixed selection of thorned and thornless blackberry varieties. Next year, he hopes to have raspberries growing under his high tunnel, and he has about an acre of asparagus that he and Mary hope to sell at the market next year along with their other offerings. 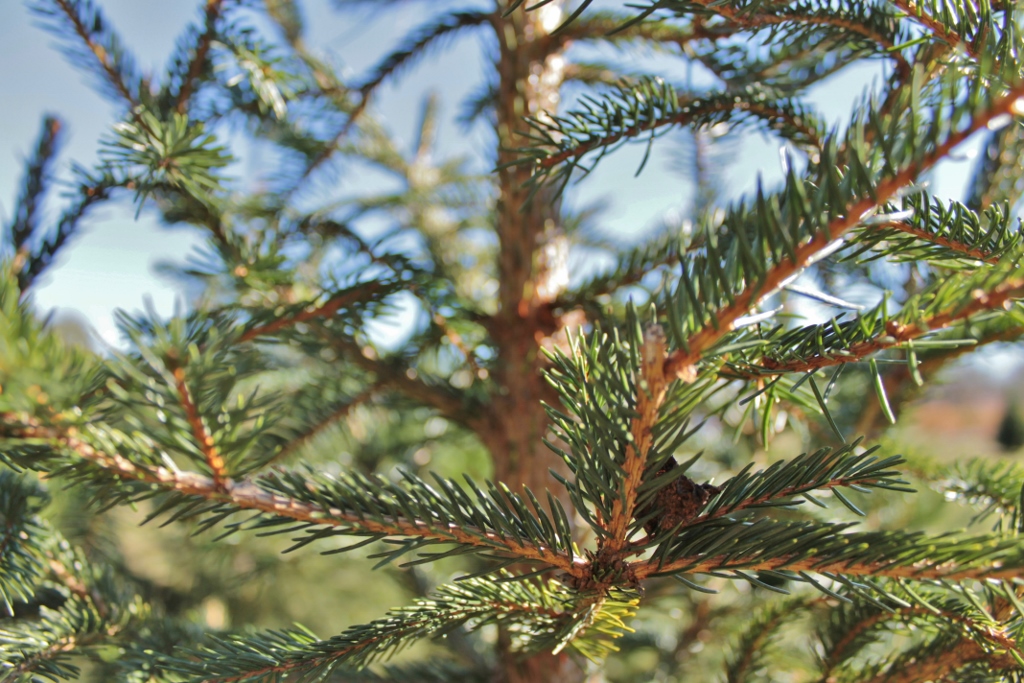 One subtle benefit that pick-your-own operations afford to visitors is exposure to farm life. Bill says that kids who have never been to a farm often become wide-eyed with disbelief when they are invited to freely run and play in the open spaces on Millfarm. Many visit for berries in the summer. “I tell them, ‘Eat anything you want.’ They come out of the fields with juice running down their faces,” Bill says. Mary says that the farm enables her to show children firsthand how farm products are made. “They think that trees come from Lowe’s,” she says. She has hosted several school groups at the farm to date, and she has numerous opportunities to informally interact with her individual customers during their treks around the farm. “That’s the great part about you-pick—you get to educate,” she says. 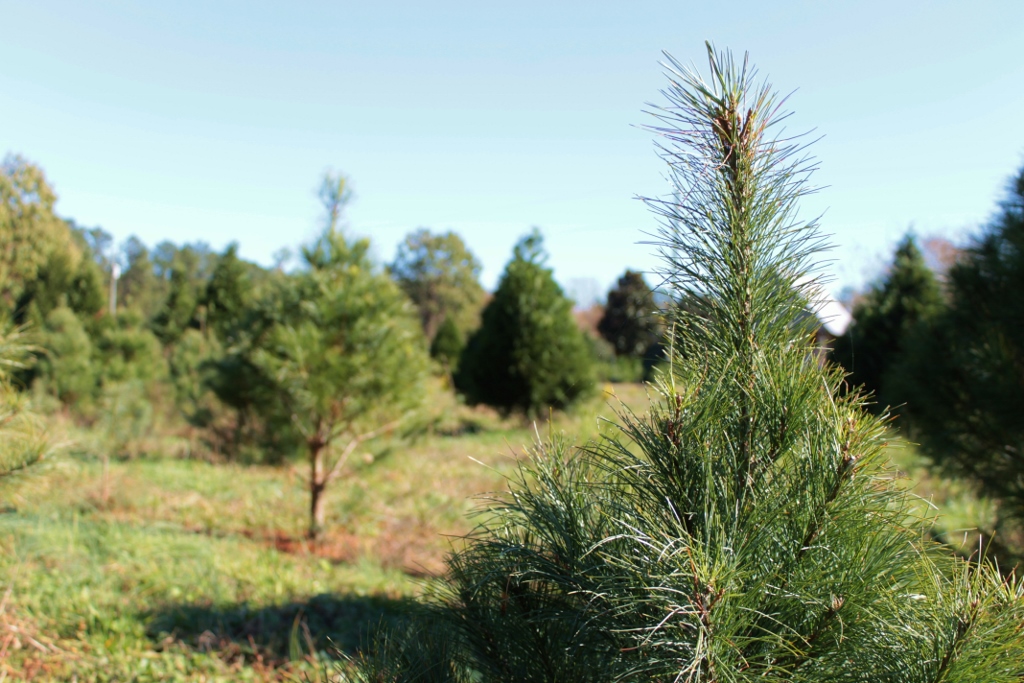 Bill and Mary have decades of experience on their side, and Bill has made effective use of his background as a tree expert to guide his decisions. “I try to start off with the right soil. If you can match the right tree to the right soil, you’re a genius,” he jokes. “Modern agriculture is all science with a little luck,” he says.

He and Mary focus on the areas where they can exert the greatest influence over their own success and the satisfaction of their customers. “We pride ourselves on three things—quality product, good service, and it’s got to be affordable,” Bill says. With those kinds of values at its core, Millfarm keeps its visitors returning year after year. After all, for many, the tree-buying experience at Millfarm is not just a shopping experience—it is a family tradition. 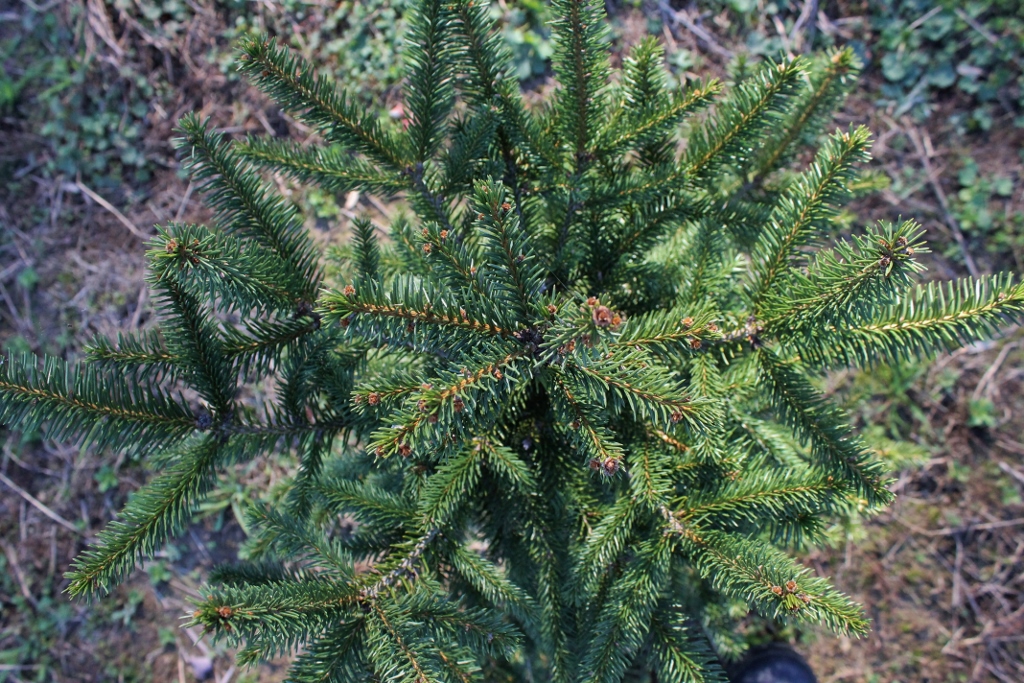 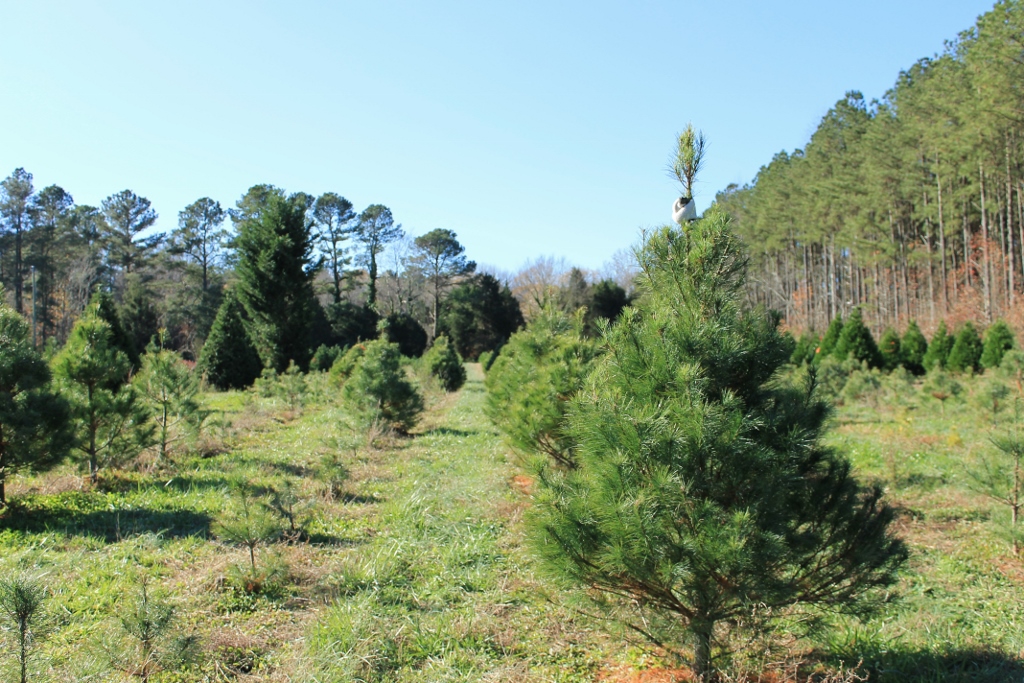 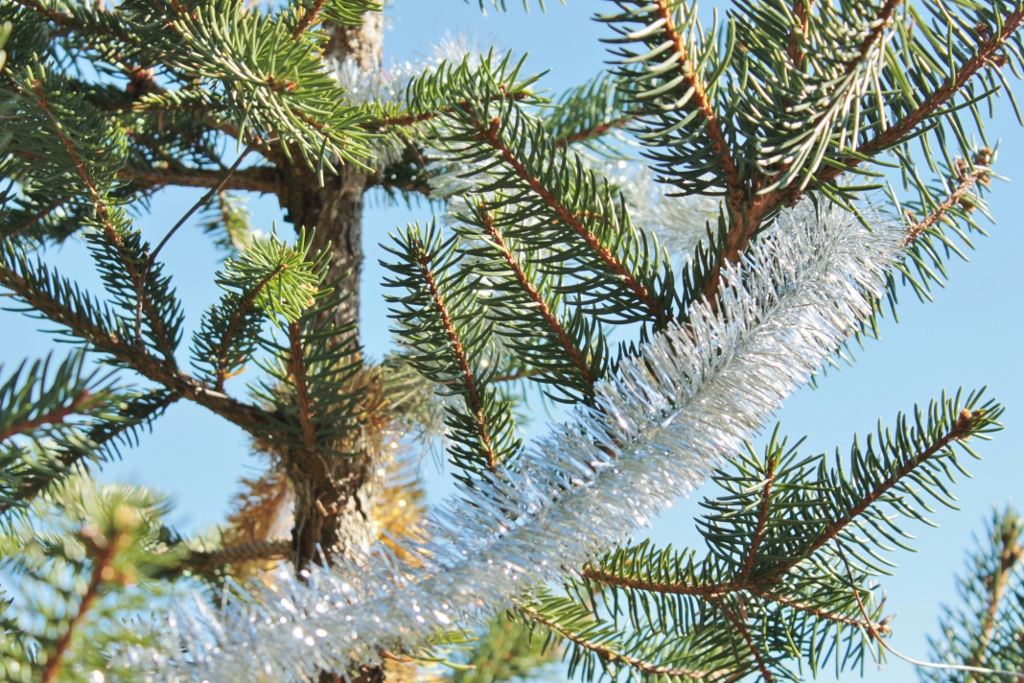 An Introduction to Growing Christmas Trees in Virginia