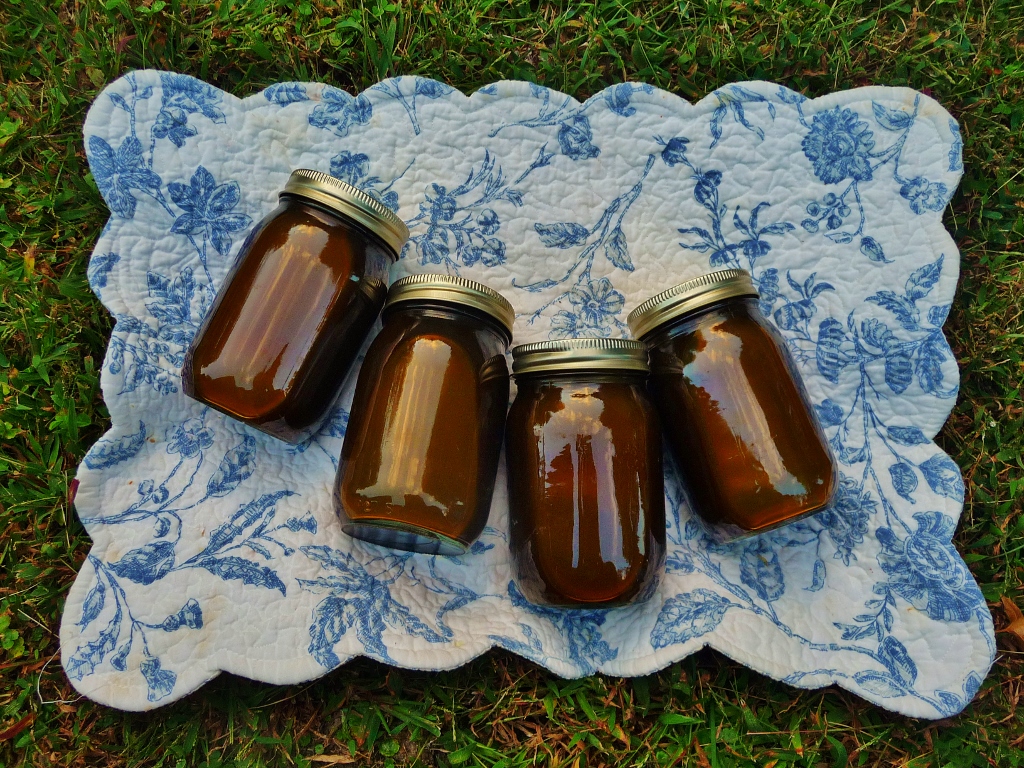 Molasses-making has become a rare art, but a few Virginians still carry on the old homesteading practice using sorghum, a plant that came from Africa and is used in various forms for grain, biofuel, and silage. The molasses that shows up on store shelves is made from sugar canes or sugar beets, and technically the thick, sweet product created from the sorghum plant is “sorghum syrup.” However, the traditional title of “sorghum molasses” still stands amongst many producers and the two names are sometimes used interchangeably. “Sweet sorghum” is the moniker used to categorize the unique varieties chosen for molasses-making that have more stalk juice and sugars than the forage or grain sorghum varieties do. 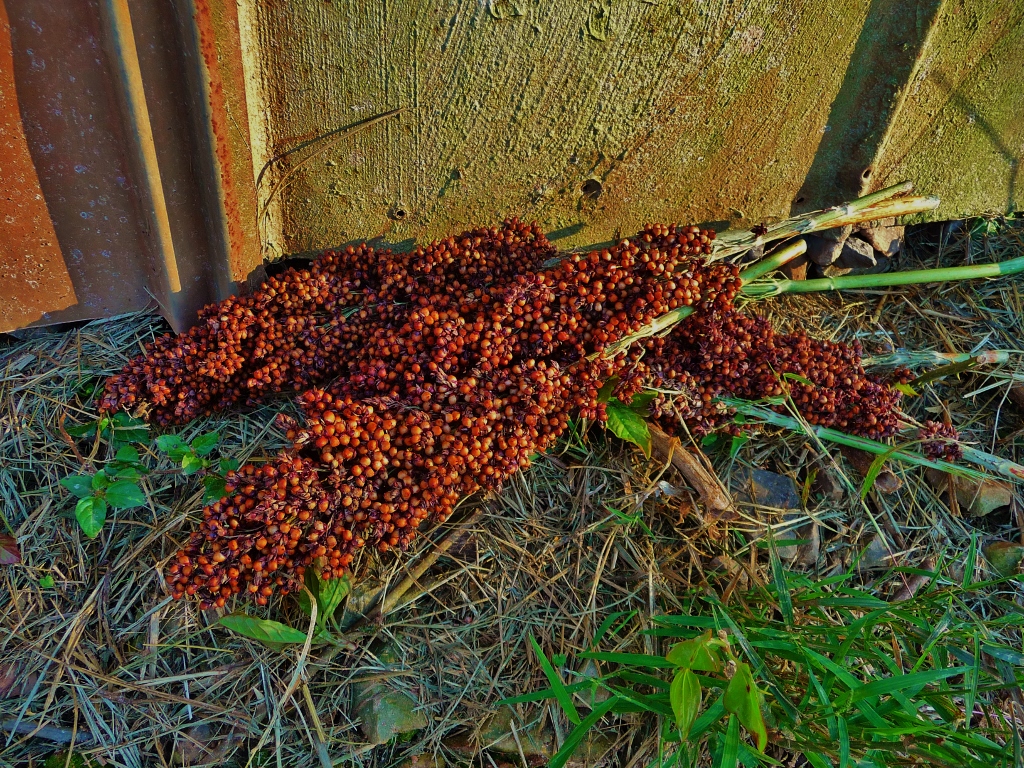 Grain from the head of the sorghum plant is saved for seed.

Sorghum looks similar to corn when it begins to grow. Sweet sorghum varieties grow particularly tall. The plants develop heads containing seeds, which are cut off prior to harvest so that the stalk juices remain high in sugar. Sugar content in the stalks drops as the seed heads become more and more mature. Some seed heads are saved for the next years’ crop. Seed-saving is important because certain sweet sorghum seeds have become rather rare and some growers have to cross state lines to seek out particular varieties. 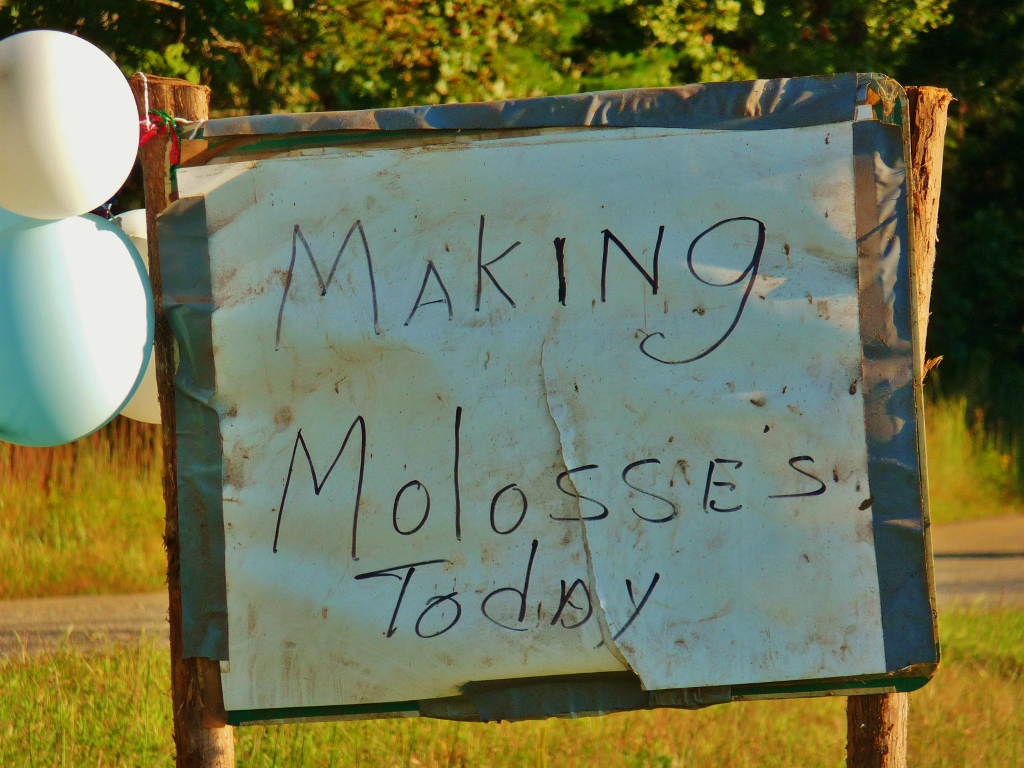 Once the stalks have grown up and the plant is mature enough to cut, the molasses-making crowd must assemble. Molasses-making tends to be a community affair, after all, and the more hands to cut, haul, carry, and stir the molasses, the better. The harvest must take place before a fall frost hits because sorghum, like corn, is a summer crop that does not tolerate cold weather. This year, Don and Betty Bowman of central Virginia invited friends and neighbors to their sorghum harvest as they have done for many years in the past. There is usually so much sorghum to cut that the family gets started in the field the evening before molasses-making day, and this year was no exception. The next day, volunteers finish cutting down the last of the stalks and loading them onto a wagon that carries them to the mill site. An early start is key because the sorghum takes nearly all day to complete. The 2013 effort was already in full swing by 8:00 AM on molasses day. 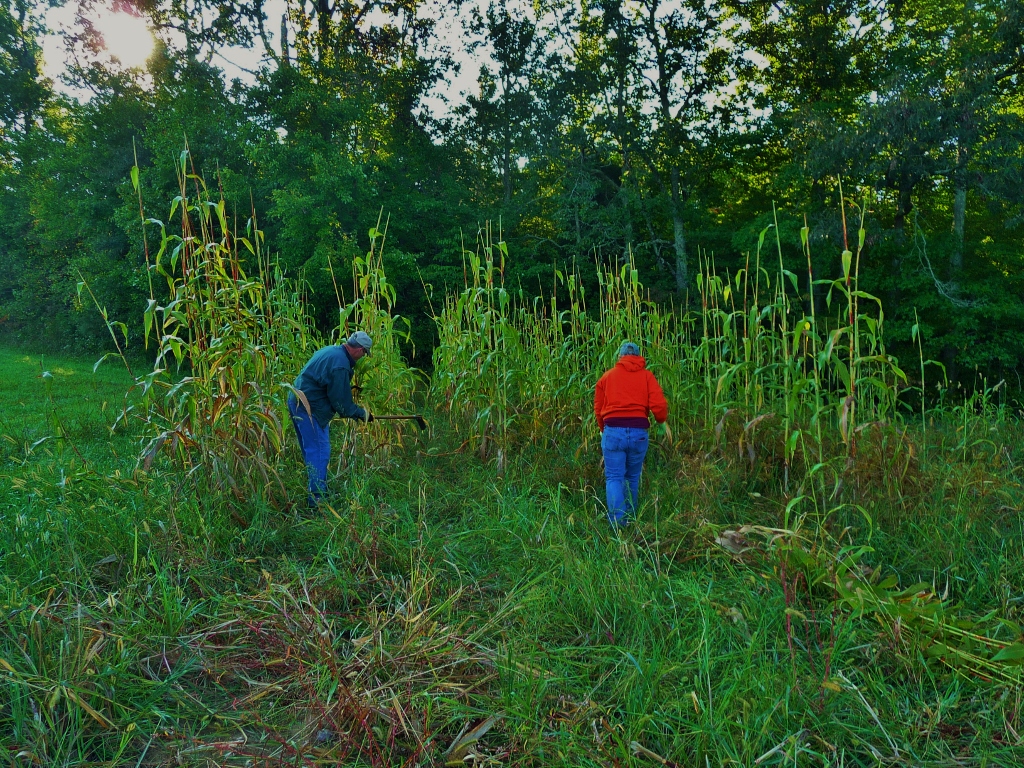 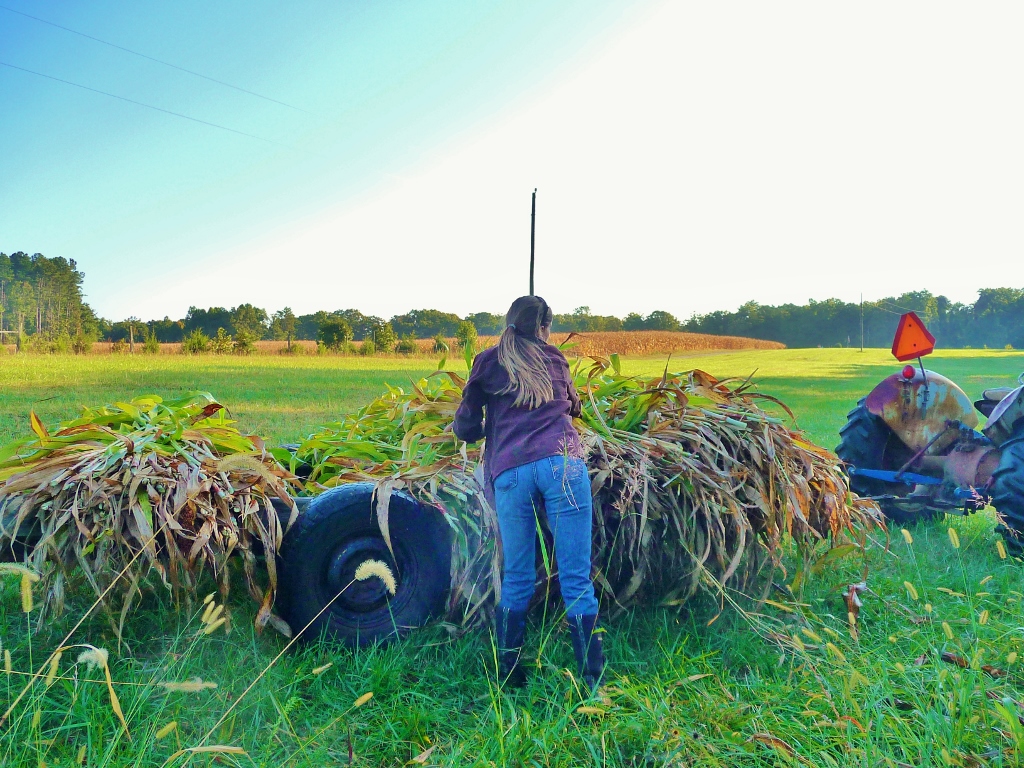 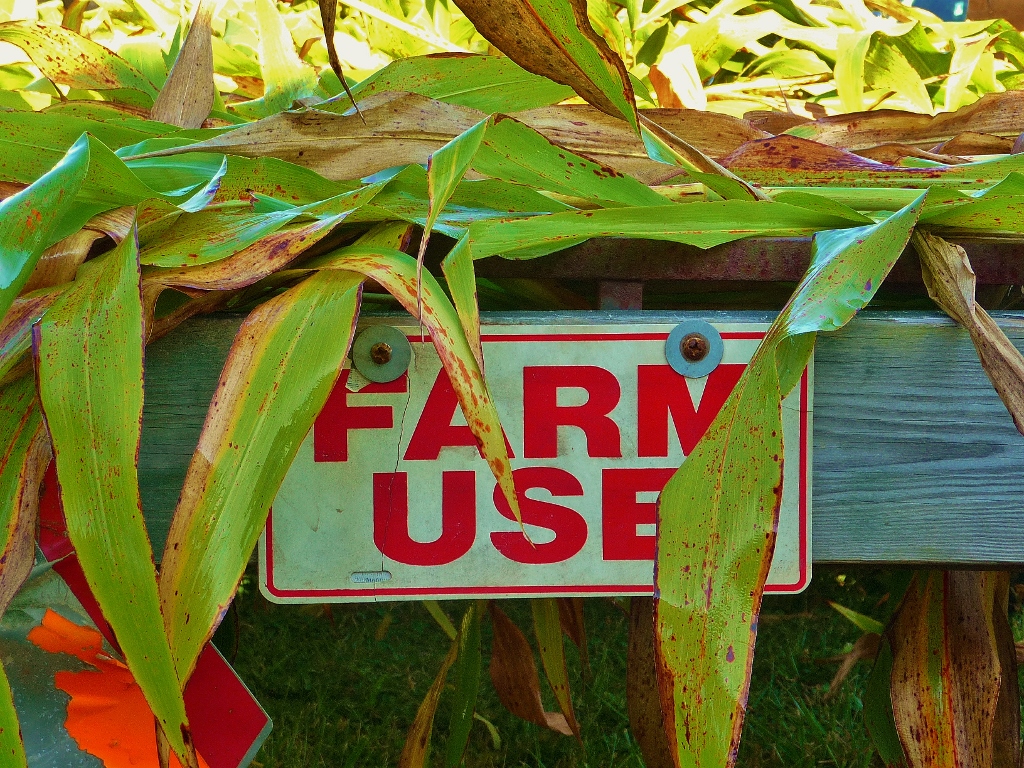 Once the wagonloads of sorghum are driven back to the molasses-making site, the extraction process begins. In the past, the Bowmans fed the stalks into a horse-drawn mill, and then they made a technological leap by powering the mill with a lawn tractor. Mrs. Bowman humorously recalls having to sit on the ground to feed stalks into the mill while it was running so that it would not hit her in the head each time it circled around.  According to Mrs. Bowman, this method still required upwards of three hours to complete, so the family came up with an even better solution and began to power their mill with a belt running off a stationary tractor. 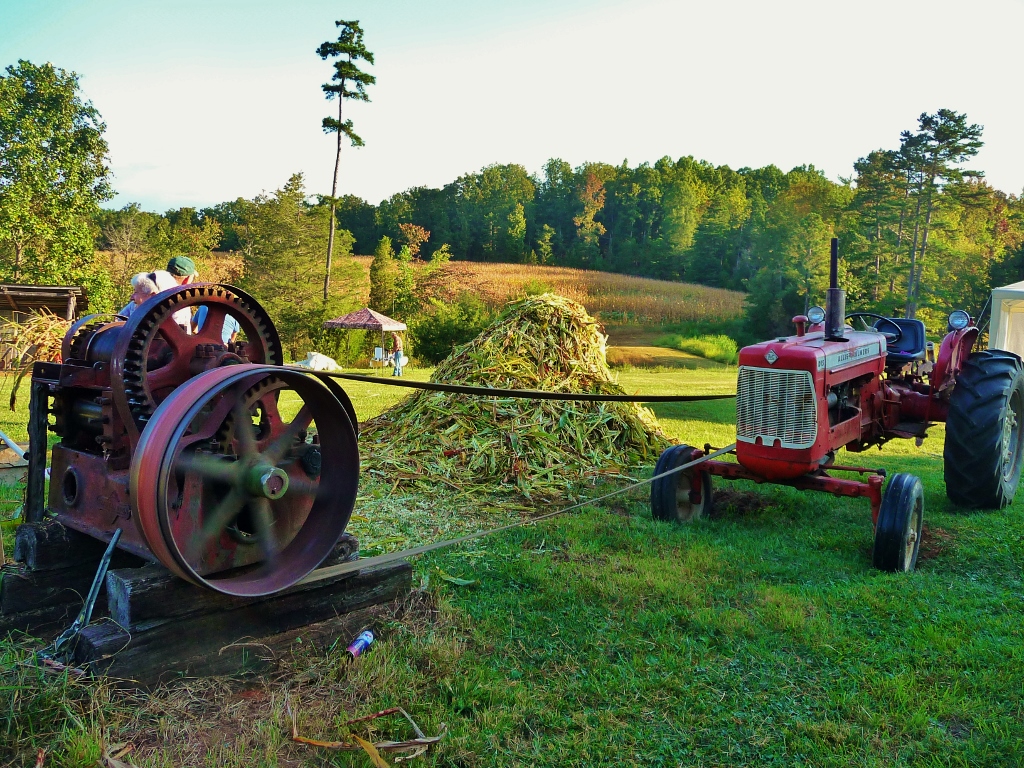 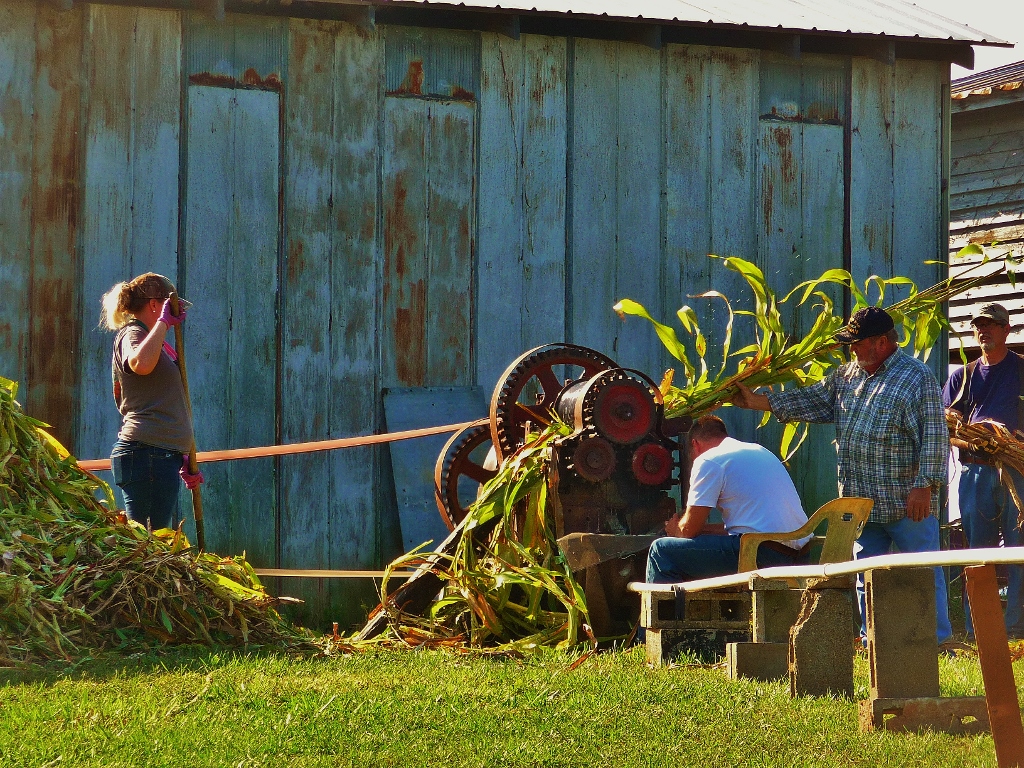 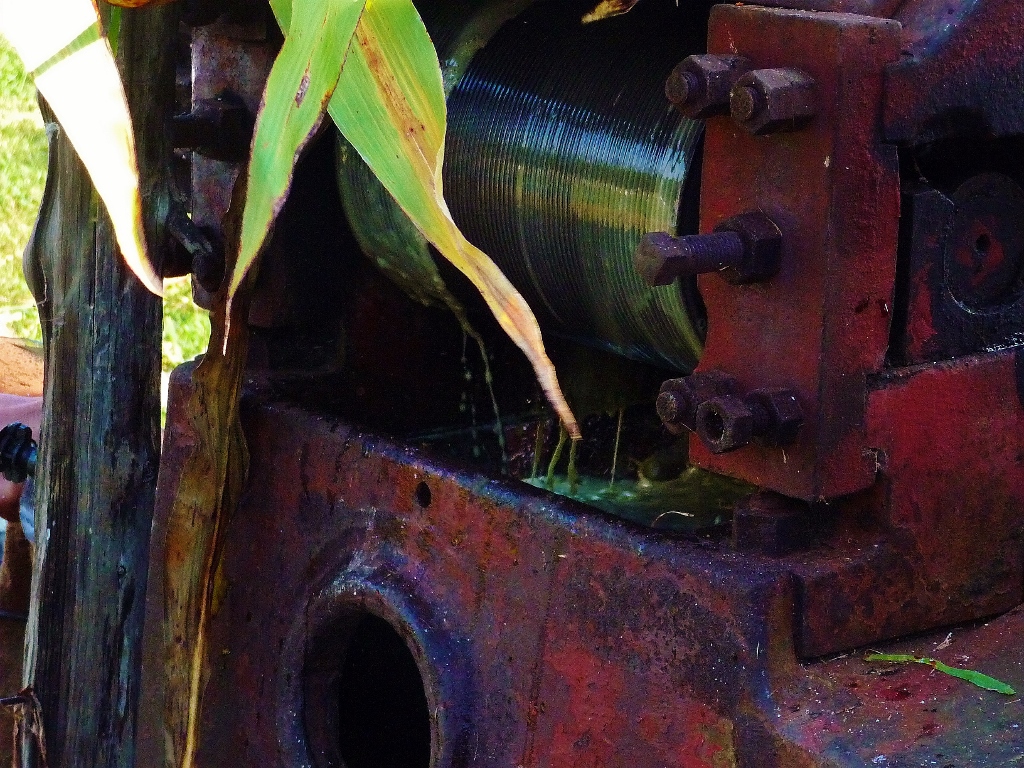 As the canes are crushed in the rollers, juice is screened and collected into a bucket which connects to a tube that transports the juice downhill to the vat station. Here, the juice does not immediately enter the vat. First, it travels through another series of screens that prevent fibers and plant particles from staying in the juice as it fills the vat. The vat that the Bowmans use is a batch-type system that cooks one large pan of juice at once. Some producers use a “continuous flow” system that gradually creates molasses as juice travels through a series of compartments. 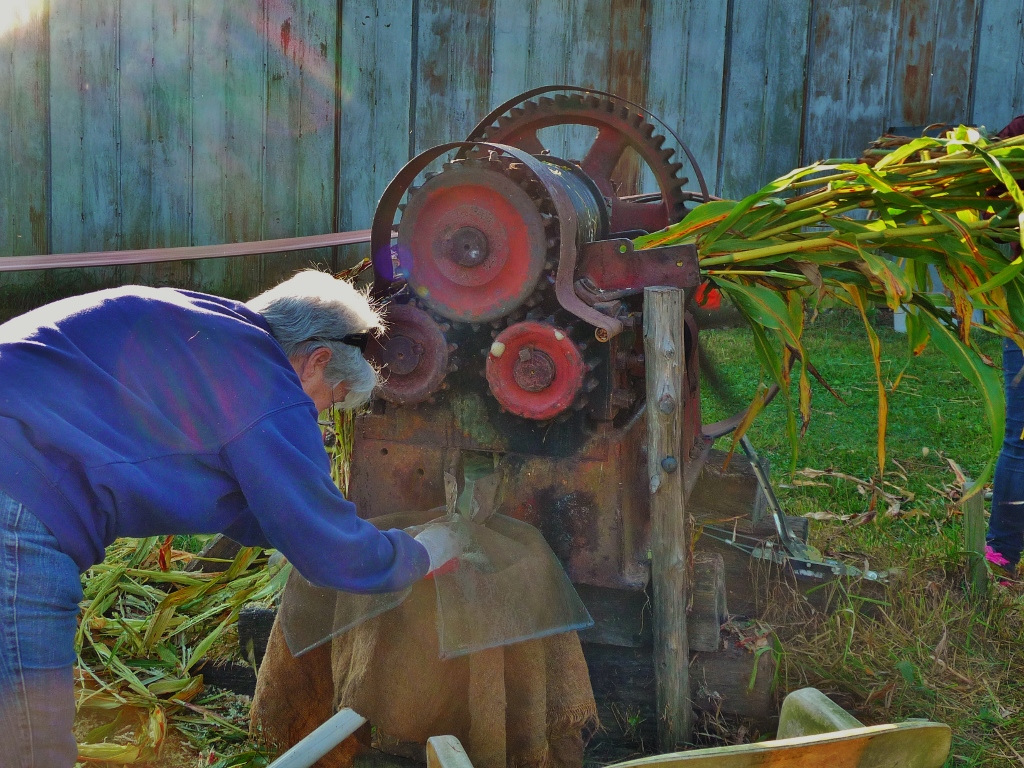 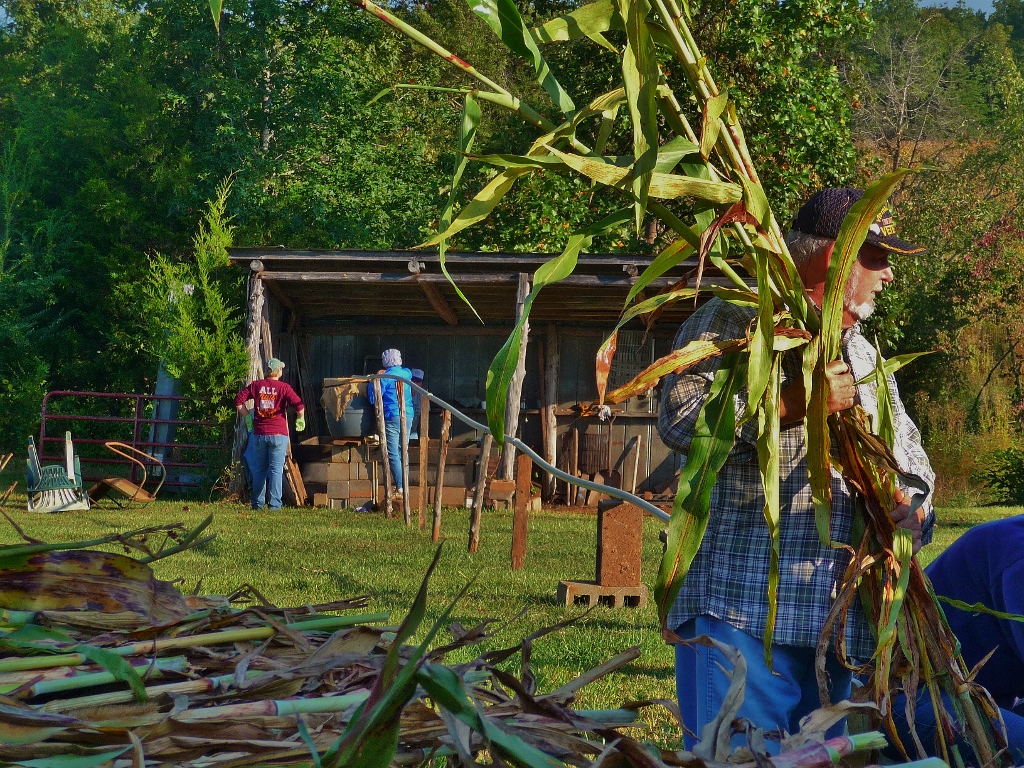 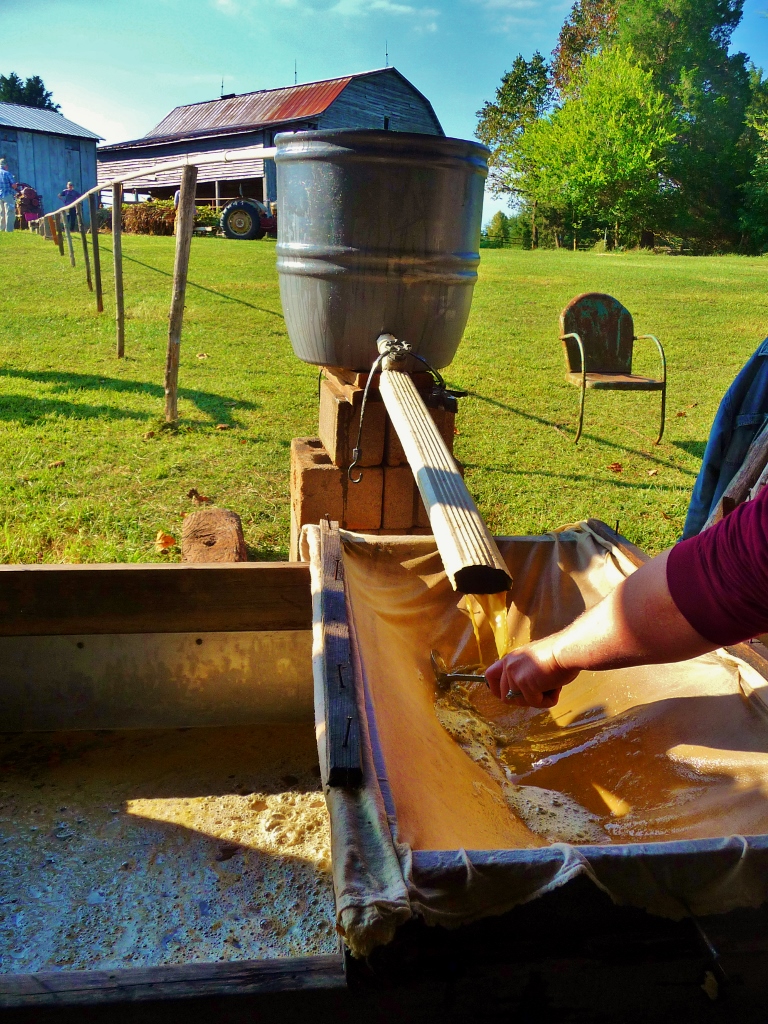 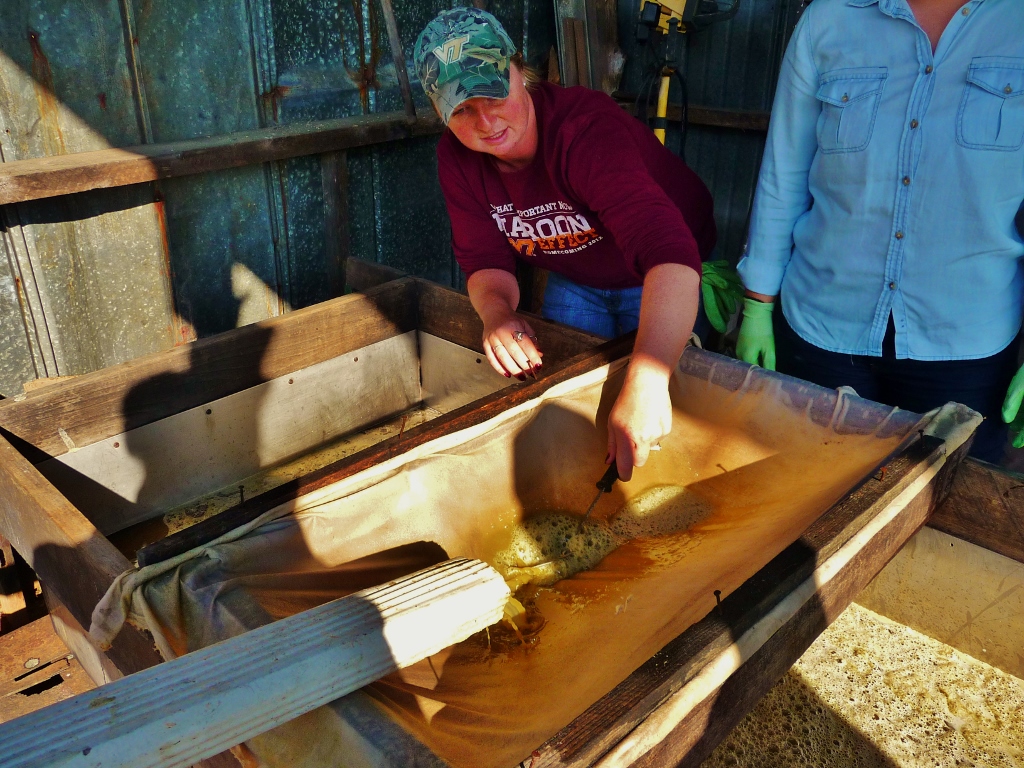 Boiling does not begin until all the stalks have been fed through the mill and extraction is complete. The vat is set over a fire pit that is lit and monitored closely to ensure that the temperatures are appropriate. Volunteers keep the fire hot so that the juice will begin to boil. At this time, someone must stir the vat and agitate the bottom so that the sorghum does not burn. Once the juice reaches a full boil, people take turns skimming proteins and coagulated components off the top surface of the juice. If the fire gets too hot, the juice boils too high and overflows. 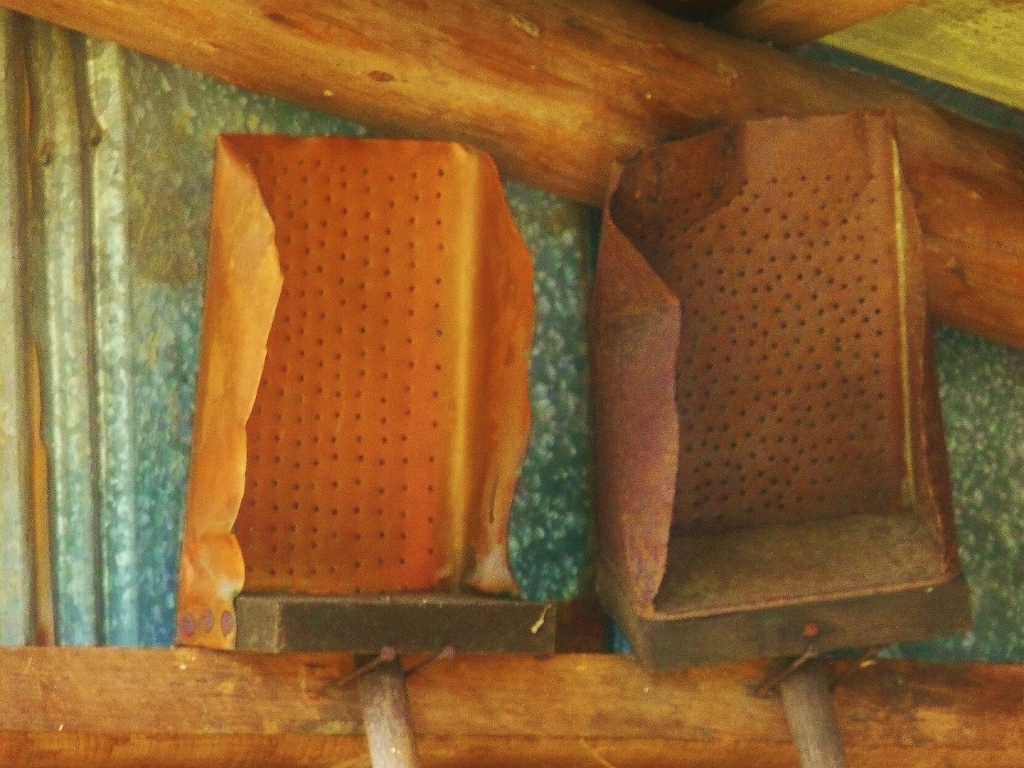 These tools were fashioned for skimming juice in the vat. 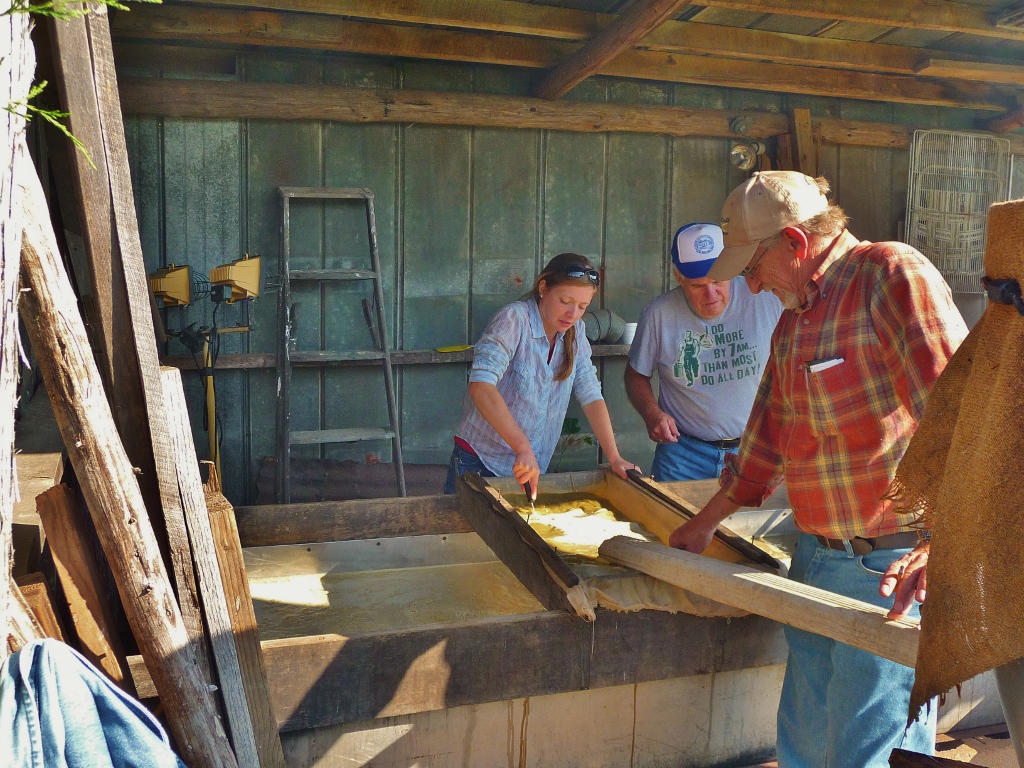 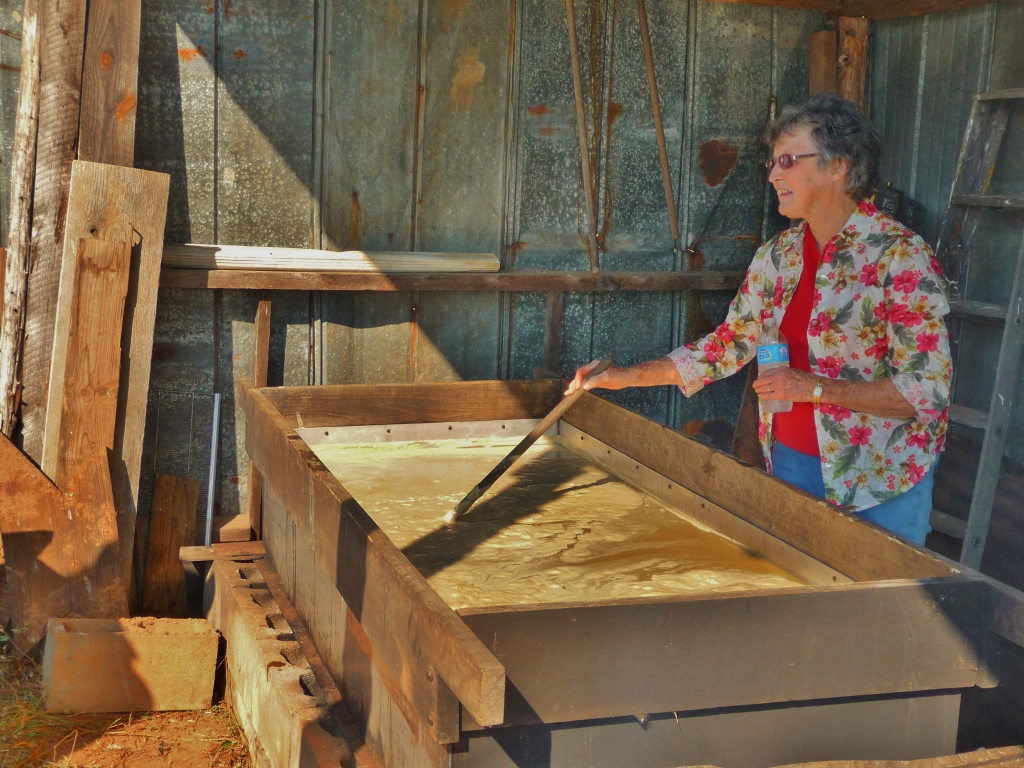 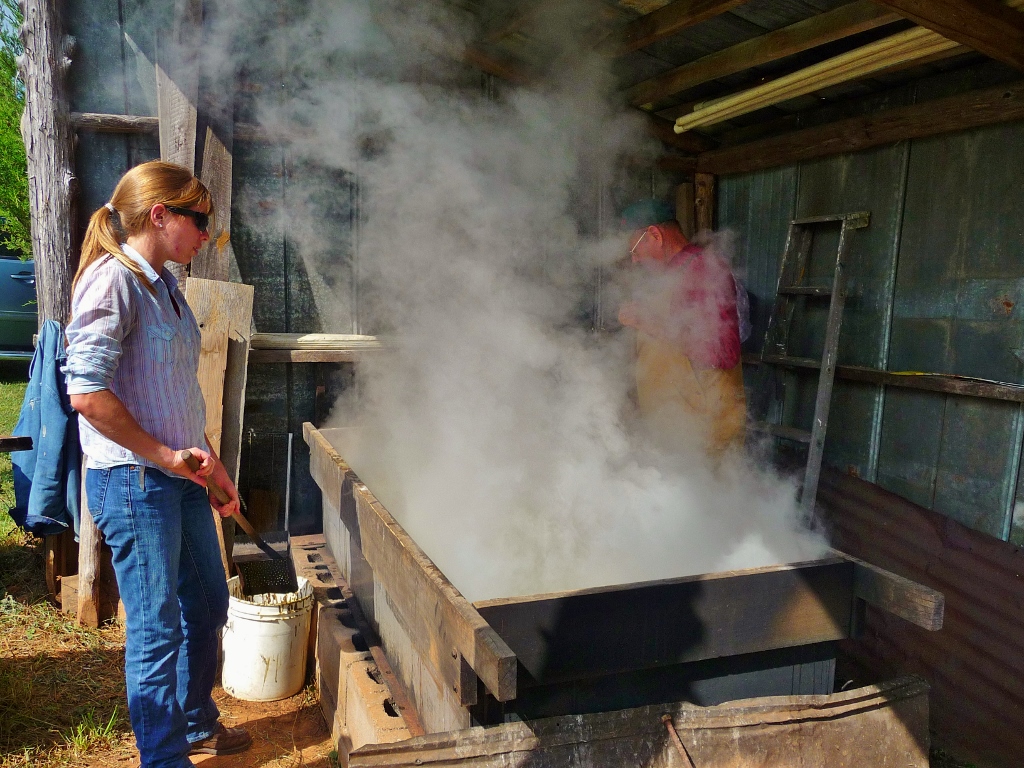 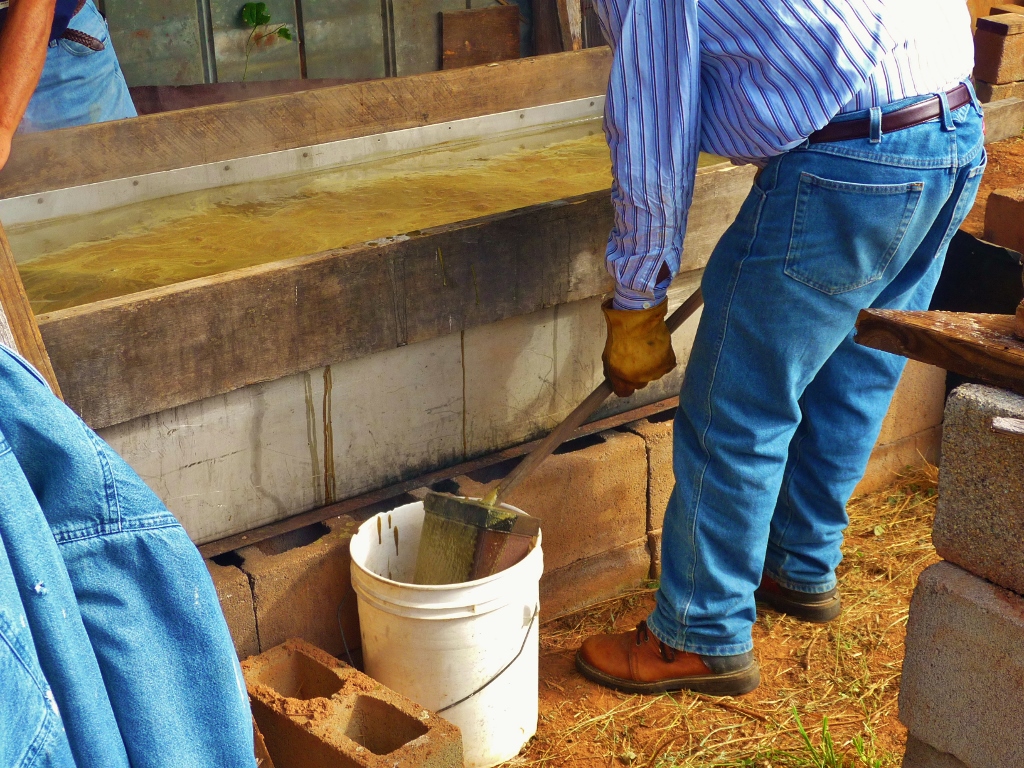 The boiling and skimming step is the longest part of the process. It can take nearly all day, and sometimes can last into the night. The fire continues to keep the vat boiling which kills bacteria and cooks more and more water out of the juice. When the sorghum nears the right temperature and density, the fire is cut back and the final skimming continues. The Bowmans have found that overcooking or undercooking leads to a lower-quality product, so they occasionally put their finished product back on the fire pit for more boiling or they add water and reboil the vat to thin molasses that has gotten too thick. The finished vat cools a bit, and then the Bowmans transfer the molasses to a metal tank with a shutoff valve that allows them to bottle it more easily. 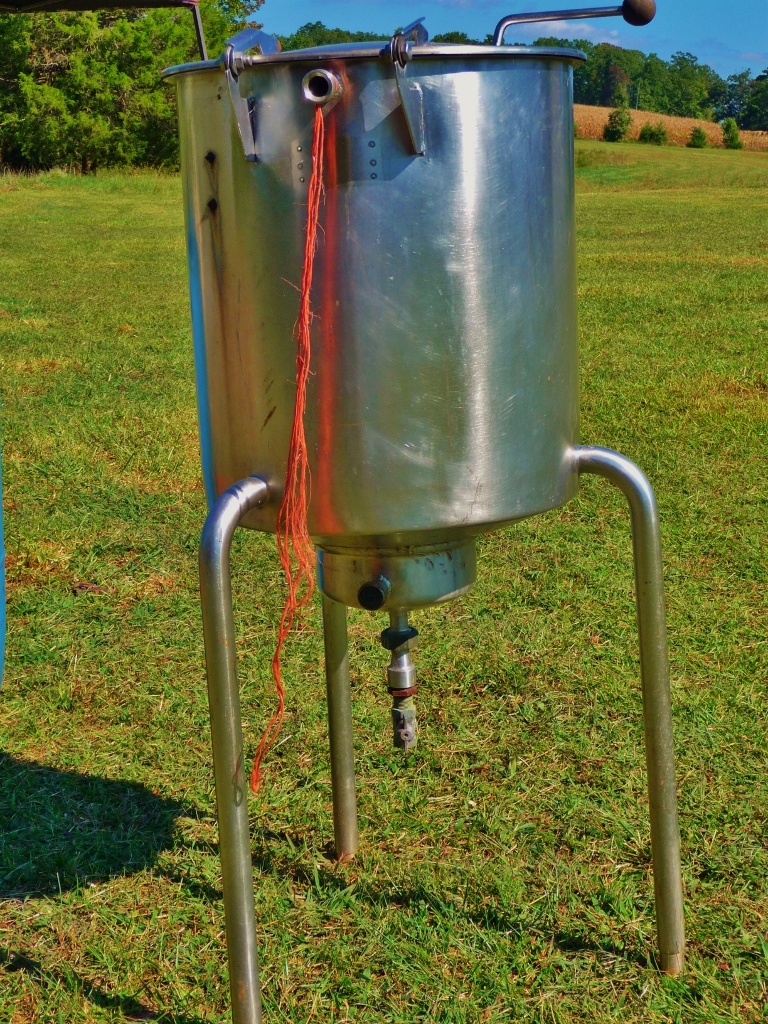 This year’s quarter-acre sorghum plot yielded about nine gallons of finished molasses. Typically it takes 6-12 gallons of raw juice to cook into one gallon of sorghum molasses. What happens to the crushed, discarded sorghum plant material? The Bowmans let their cattle access the pile, and the cows eat the stalks with enthusiasm. 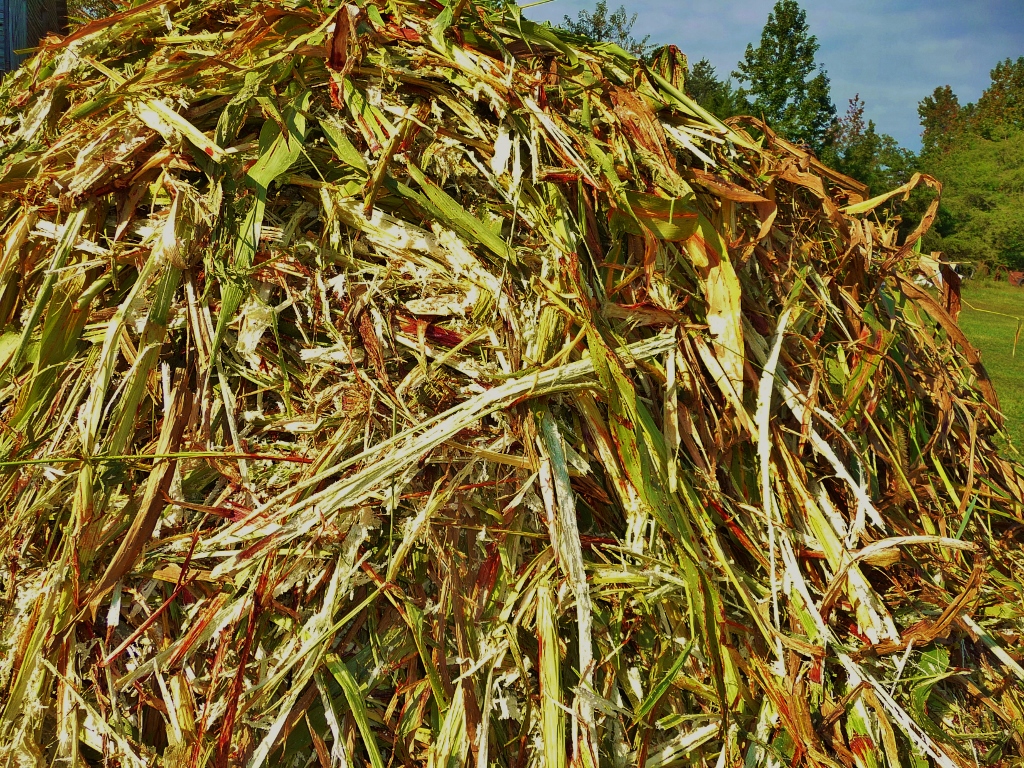 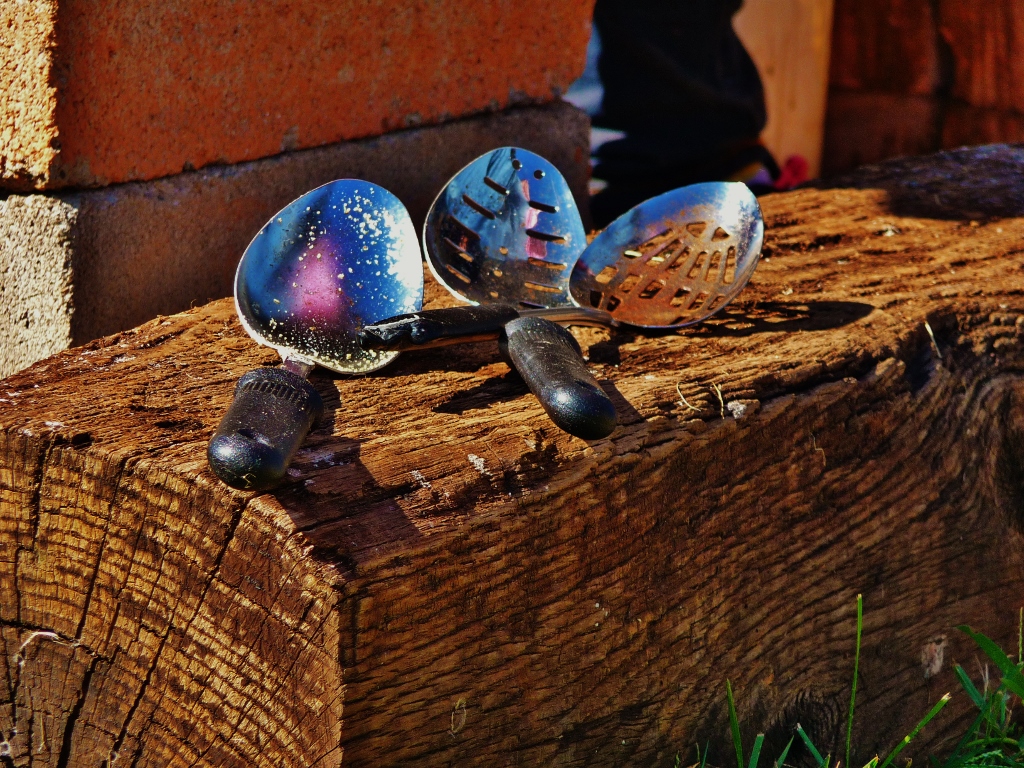 Finished sorghum molasses has a golden-brown hue and is enjoyed as a sweetener on biscuits and desserts. Virginia’s sorghum molasses makers might be scattered across the state, but the families who continue the practice seem to universally enjoy a rich tradition of sharing and fellowship with the many friends and neighbors who visit year after year to help. 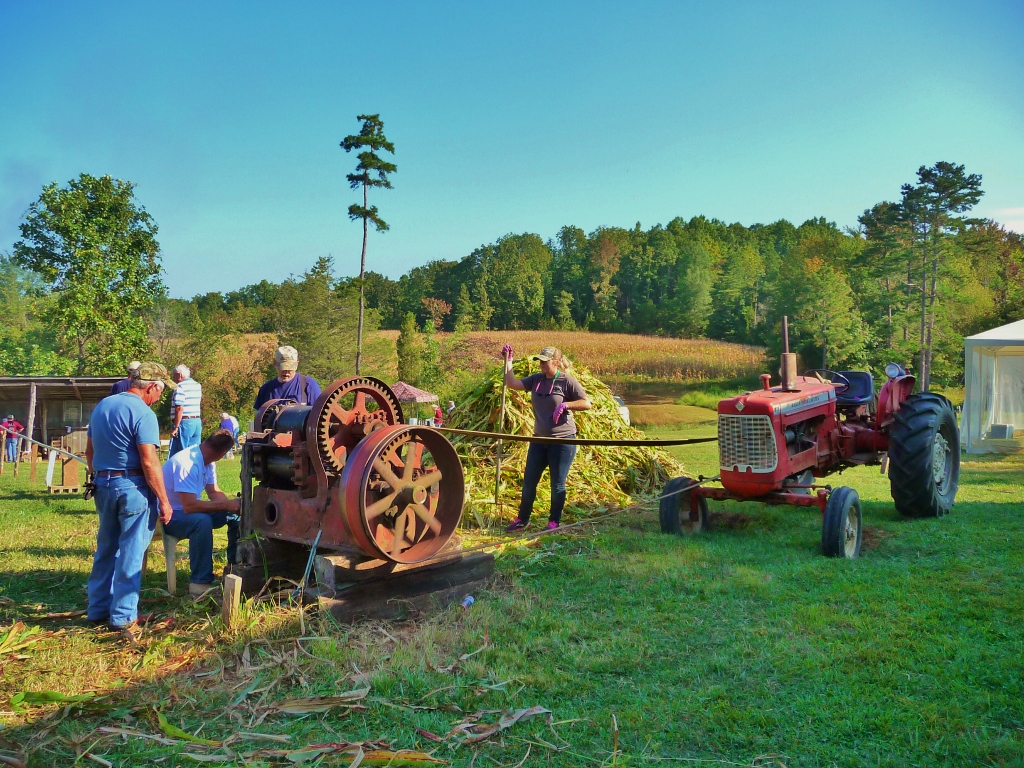 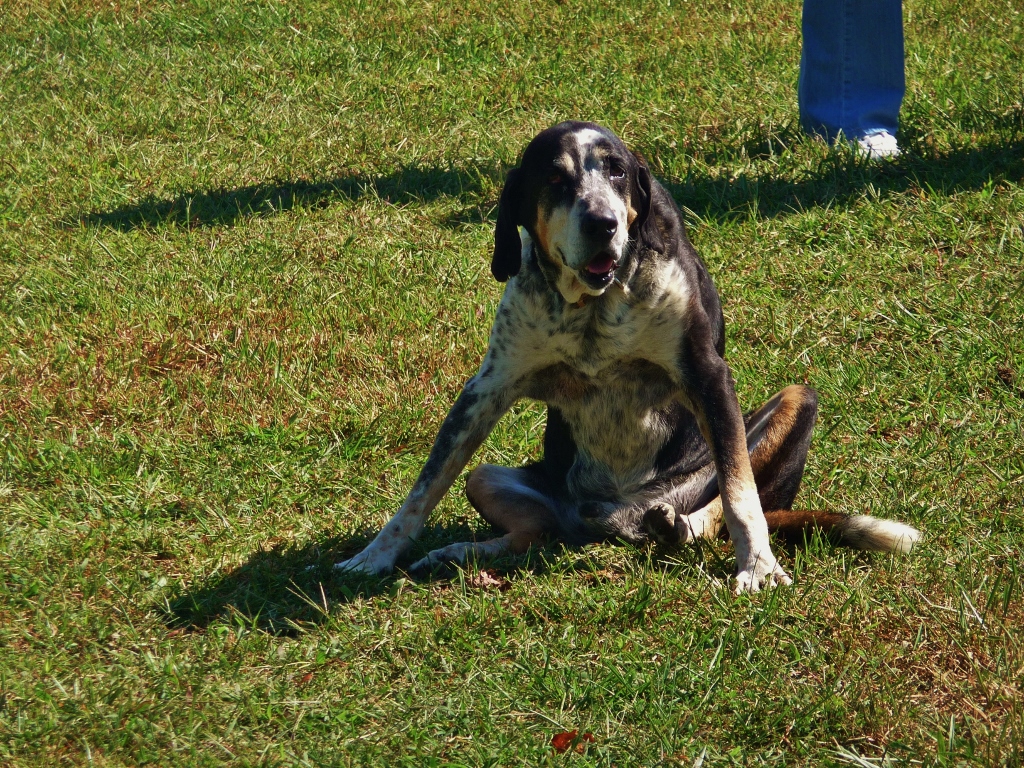 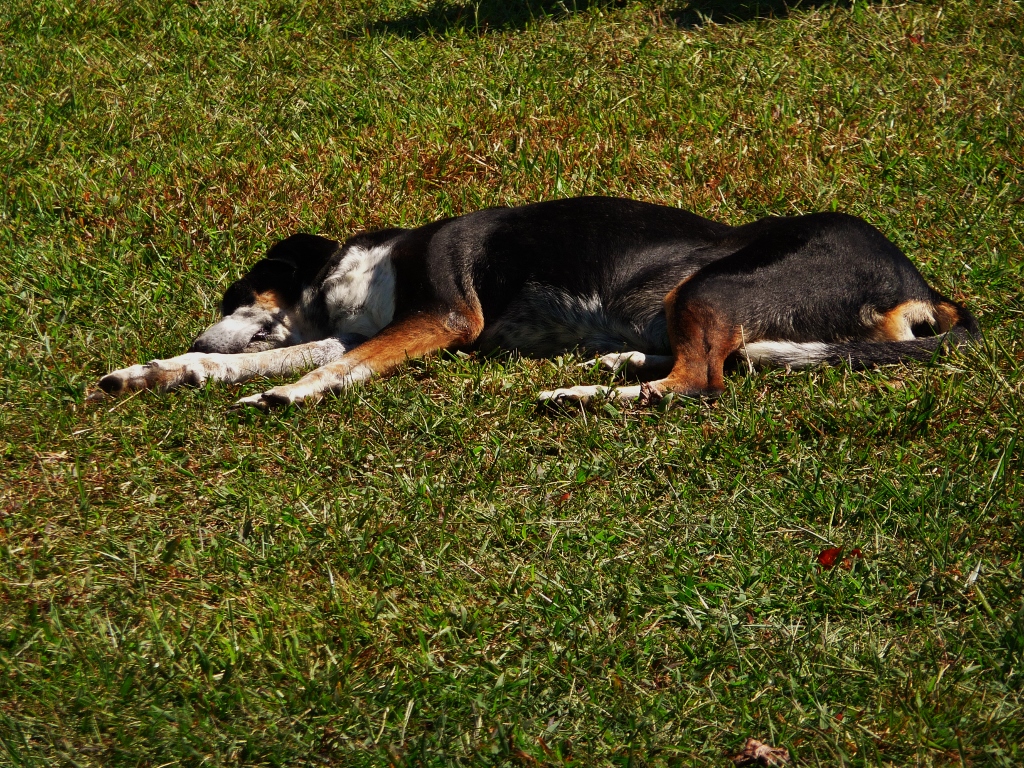