Warning: Use of undefined constant screen - assumed 'screen' (this will throw an Error in a future version of PHP) in /var/www/wp/wp-content/plugins/widget-flickr-gallery/widget-flickr-gallery.php on line 219
 The Grass, and Possibly Garden, is Always Greener… on the Roof? | Virginia Farm to Table

Urban agriculture – a topic that appears to be gaining much attention because of its potential to ensure food security and increase the consumption of local food. But what is urban agriculture… and does it mean everyone will have cows in their backyard? Can the grass and garden be greener on the roof?

Urban agriculture refers to any gardening or growing practice conducted within or around a city or suburban area. According to the USDA (2013), this can include any method of backyard, rooftop or balcony gardening; gardening in vacant lots or parks, known as community gardening; and the grazing of livestock in any open space. 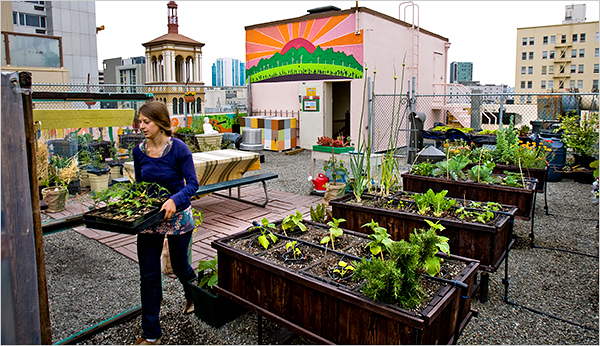 Retrieved from http://www.nytimes.com/2009/06/17/dining/17roof.html?pagewanted=all by Peter DaSilva for the New York Times

There are many positive implications of and reasons for urban agriculture. The following lists a few of these benefits:

Some potential setbacks and issues to be aware of with urban agriculture include:

Take a look at these resources and decide for yourself what you think about urban agriculture!

Want to see some real life examples? Check out these sites!

Urban Agriculture in the United States

A farm to table dinner at Peaceful Belly – Boise, ID. Retrieved from http://www.theatlanticcities.com/neighborhoods/2013/02/example-urban-farming-done-right/4746/

Inspired to start your own urban garden? These sites will lead you to greener pastures: 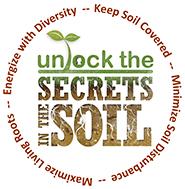