Extension has received a $7,500 grant from the U.S. Embassy in Moscow to teach Russian city and nonprofit leaders about our volunteer program modules. We will be sharing best practices for volunteer-driven nonprofit work.

The grant is through the Embassy’s U.S.-Russia Peer-to-Peer Dialogue Program, which supports projects focused on peer-to-peer collaboration. Extension partnered with the nonprofit WSOS Community Action in Freemont, Ohio, on the grant application. The total grant is worth $95,000. In addition to visiting with us, the Russian delegation will meet with nonprofits in Ohio and Utah. 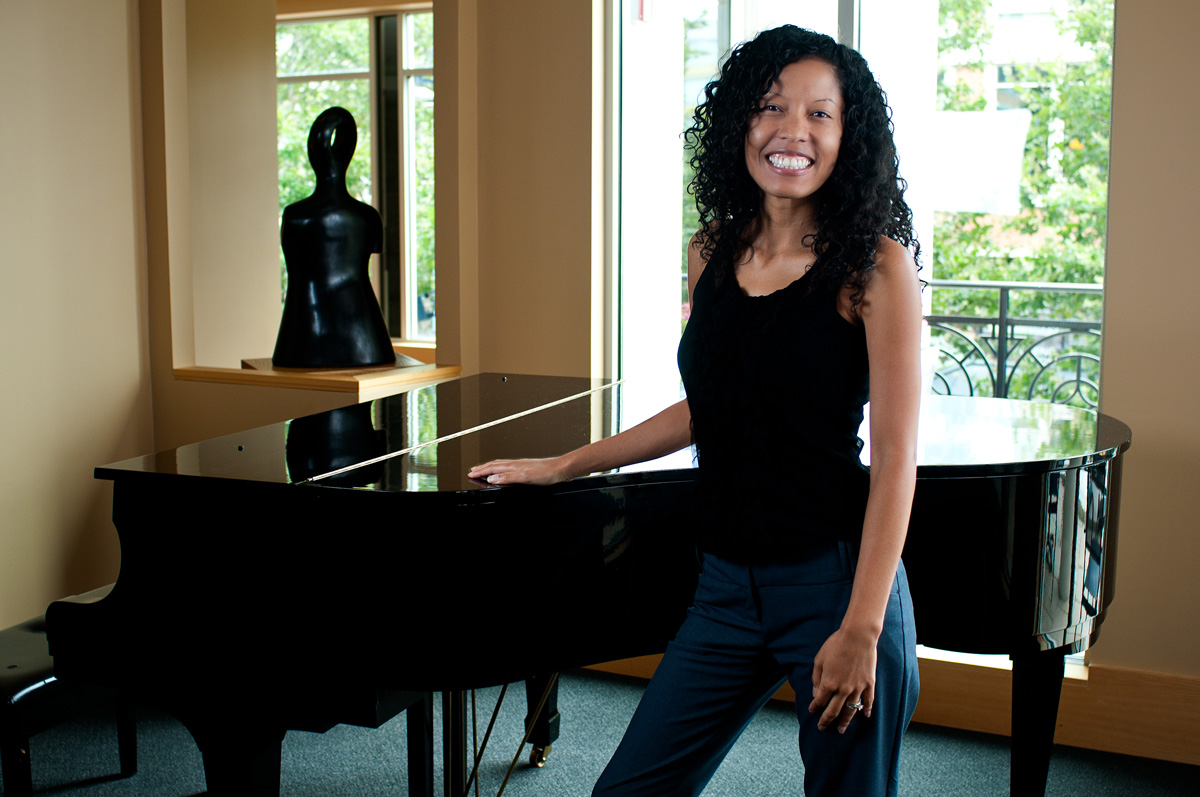 Diana Yacob was instrumental in the success of our inaugural Money Smarts Payseries for Spanish speakers last fall. She taught the budgeting class, coached two clients and led study sessions to help all participants catch up on their action items. Her impact was evident at the awards ceremony, when Money Smarts Pay graduates said that they were budgeting their spending and saving money for emergencies.

Q: What’s your New Year’s resolution?
A: I can read and write in Korean. I’m intermediate, but I’d like to be advanced conversational, fluent. My mom is Korean. I’m the only child in my family who speaks Korean. Who’s going to connect with all the family that’s still in Korea? I need to get that down before the kids come, so the culture isn’t lost. If I can pass down the language of Korean, there’s still hope the Korean culture will survive in my family.

Q: If you’re stuck on an island, what are the three things you’d want with you?
A: My husband so I would have someone to talk to. He can go fish. A water purifier to stay alive. Can I bring a cell phone? I’ll bring a cell phone. But I have nothing to charge it with. Maybe a tarp instead?

Q: How did you become interested in financial education?
A: I took a personal finance course in undergrad. That professor became my mentor, and she helped me get into grad school. I went to Kansas State for my master’s in personal financial planning. I took the online program while I lived in Guatemala.

Q: What were you doing in Guatemala?
A: I was learning Spanish.

Q: Why Spanish and why in Guatemala?
A: At a previous job I wasn’t the receptionist, but my office was directly in front of the entrance. Every time people came in they talked to me. Eighty percent were Spanish speakers but I couldn’t speak Spanish. So, I decided to learn Spanish. I researched, and Guatemala was the cheapest place I could learn.

Q: What advice would you give to volunteers who run into cultural differences when working with clients?
A: Get to know your clients personally. Sometimes clients will make a decision, and you’ll make a judgment about it. Once you know your client personally, you might have a better understanding of what’s going on and why they may have done that.

Q: How do you relate to clients with different circumstances from your own?
A: Maybe you don’t relate. Be understanding. Maybe not everyone has the same desires of paying bills on time. Learn to be non-judgmental. Everything’s a process.

Q: How do you learn to be non-judgmental?
A: Patience. Time. After working with enough people, you hear similar stories.

To nominate a Master Financial Education Volunteer for the spotlight, please email Megan Kuhn at Megan.Kuhn@vt.edu.