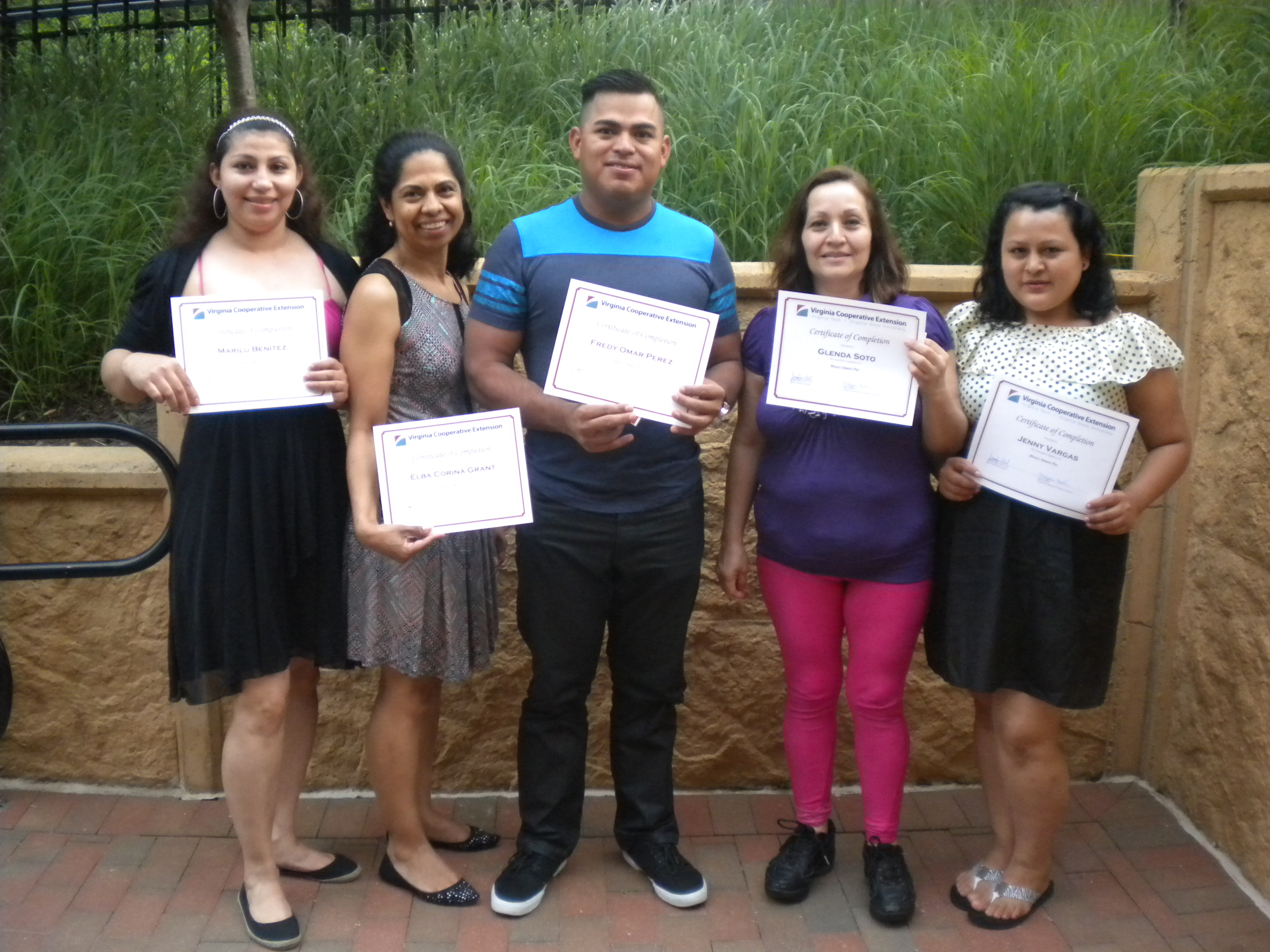 On June 9 five residents of Buchanan Gardens Apartments in Arlington celebrated their completion of the three-month Money Smarts Pay program. All five are native Spanish speakers and are recent immigrants from countries like Guatemala and Bolivia.

Money Smarts Pay is a three-month intensive money management program in which participants attend classes, meet one-on-one with financial coaches, and work on a set of specific action steps to improve their financial well-being. Actions include things like setting short and long-term goals, accessing their credit reports, tracking their spending, establishing a budget, and saving money from their paychecks.

We were prompted to create this hybrid approach to financial education through a desire to achieve lasting results for participants. We felt that an approach that combined coaching with classes could do this better than either service alone. We are encouraged to say that this new model is starting to bear fruit. The first cohort of participants completed their course in November 2014 and we conducted follow-up evaluations with them in May.

The most recent group of MSP graduates say that the program helped them be more conscious of how they spend their money, better determine the difference between needs and wants, and helped them commit to specific savings goals. We look forward to continuing the Money Smarts Program and to empowering local low-income residents to take charge of their financial futures. 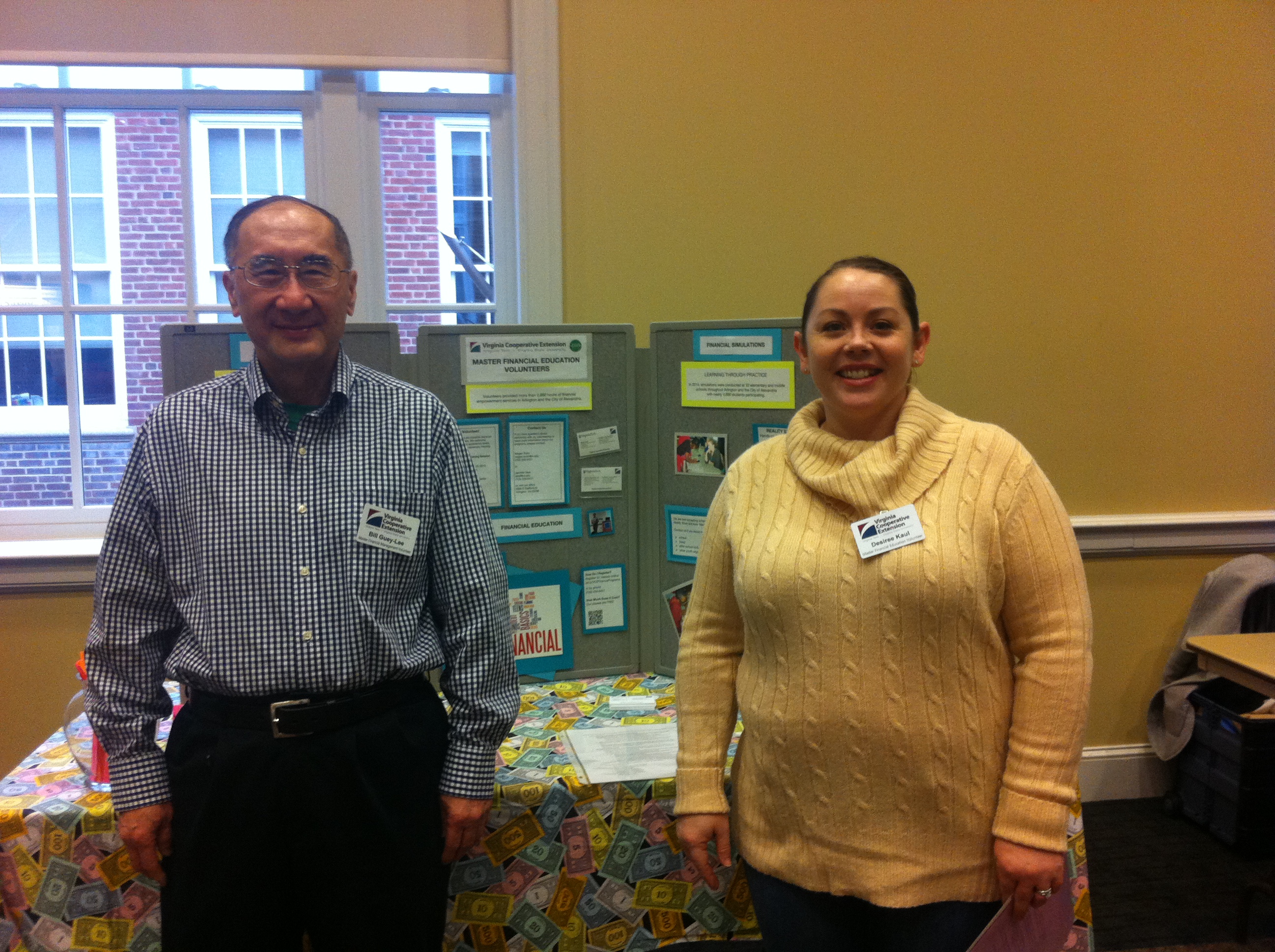 In a post earlier this week we talked about the graduates from the first Money Smarts Pay program, a course that combines one-on-one financial coaching with money management classes. We are very excited about this new model for financial education because we believe it will be more effective at achieving long-term results for participants.

Because this program is so intensive and requires not only instructors for each of the classes but also an individual financial coach for each of the participants, it would be impossible without the help and dedication of our trained Master Financial Education Volunteers. The volunteer coaches meet twice with their clients each month during the three months of the program (for six in-person meetings) and call them twice a month in between in-person meetings to check on their progress. The instructors lead the classes and orient participants to the actions that they are expected to take and the expectations of the program.

In the first course at Arlington Mill Apartments volunteers Desiree Kaul, Shauna Dyson, and Nichole Hyter did an admirable job of encouraging their clients to take action steps to improve their finances. Their efforts paid off, with all of their clients reporting that they are saving money toward specific goals, cutting back on their spending, and creating and using a spending plan, and getting out of debt. Volunteer Emma Li joined this group during the middle of the course when one participant dropped out and a new one joined.

We are currently conducting the Money Smarts Pay courses at three other sites and want to extend special thanks to Desiree Kaul and Nichole Hyter who have taken on new clients after their first ones graduated. Desiree has also stepped up to serve as an instructor at one of the sites. Thanks to the following volunteers who are also serving as coaches: Felipe Bohorquez, John Bowen, Jay Dowling, Gerri Gerardi, Lenny Gonzalez, Star Henderson, Tom Hoopengardner, Katrin Kark (also an instructor), Edith Lam, Jose Olivas (also an instructor), Meggan Orenstein, Esperanza Powers, Patrick Sullivan, and Diana Yakob. Thanks so much to everyone for all the time they are putting in on this new program.