Our black light trap at the Tidewater AREC in Suffolk is just now beginning to catch low numbers of corn earworm moths–we had 4 total this past week.  The Eastern Virginia AREC in Warsaw is not catching them yet.

We have caught some corn earworm moths in our pheromone traps in Suffolk (pheromone traps often out-perform black light traps early in the season for this species).  We have conducted vial tests on 160 moths since late June, and have seen quite high levels of survival for the start of the season (an overall average of 38.6% of moths surviving the vial test).  As in the past, we are exposing these moths for 24 hours to vials treated with a standard pyrethroid insecticide, cypermethrin, at 5 micrograms per vial.  For comparison, in 2015 we had about 21% survival at this time of the season, with  a peak survival rate of 51% occurring in late August.  We will continue to provide updates on this issue. 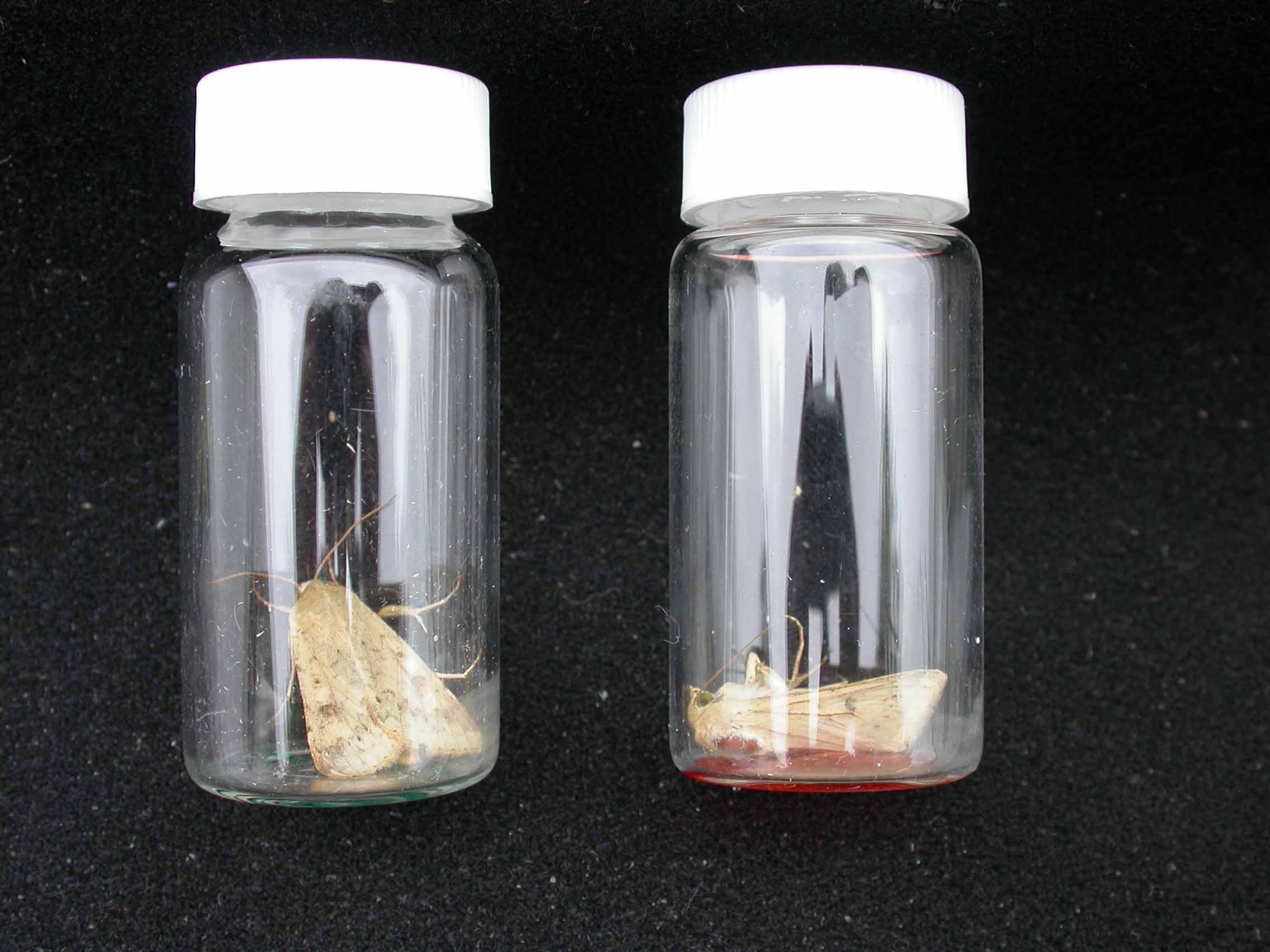