Soybean, being a high protein crop, require more nitrogen than any other nutrient. Fortunately, through a symbiotic relationship with soil bacteria, soybean is able to fix its own nitrogen.  You can easily see this relationship with bacteria by examining the roots for nodules.  If there are plenty of nodules and they are pink inside, the nitrogen-fixing process is working and no nitrogen needs to be applied to soybean.  However, if nodules do not form, you could end up with a field similar to the one shown on the right.  Below are what the roots looked like.

To insure that you have enough nitrogen 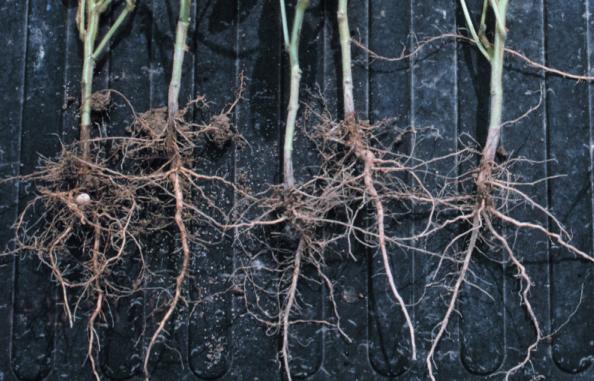 for your soybean, you can use an inoculant containing the soil bacteria Bradyrhizobium japonicum.  Do soybean inoculants work?  Yes.  As long as the bacteria is still alive when you put it in the soil.

Do you need to inoculate your soybean seed?  Maybe.  If you’ve never grown soybean in the field that you plan to plant them, definitely add the inoculant to your seed.  Or better, inject a liquid inoculant into the furrow (you’ll get 3 to 4 times the amount of bacteria).  Also, if you don’t have a long history of soybean in the field, inoculate; it will likely pay off. 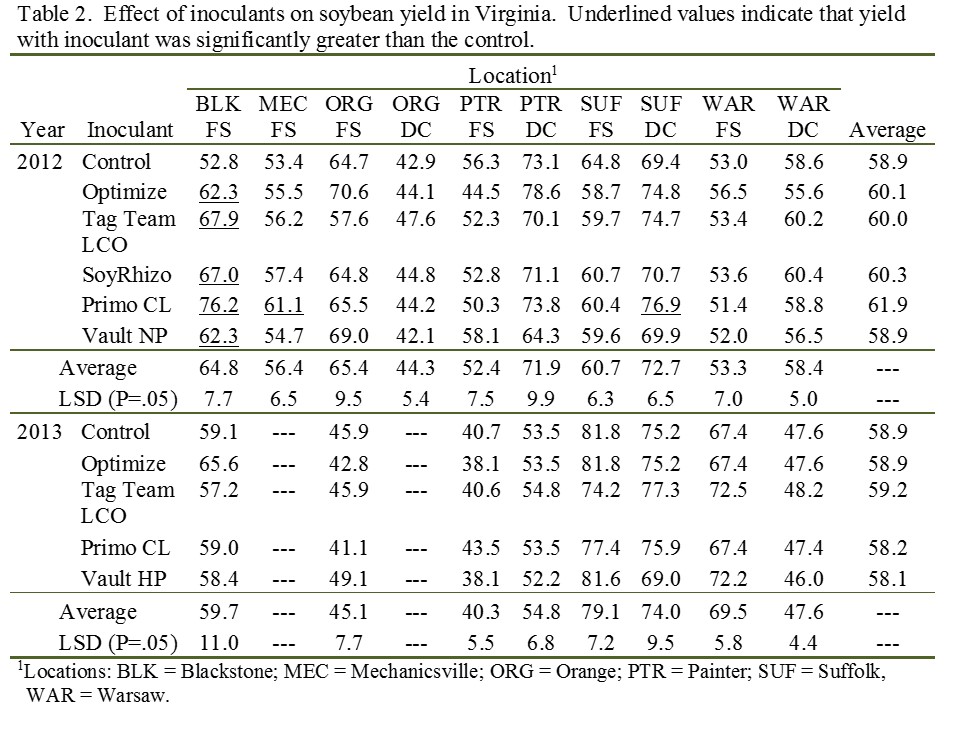