I love the number of websites and services devoted to getting women involved in personal finance. But I recently found myself at odds with an article on one such site that suggested people learn about investing in their 20s, ramp up their investments and contribute to retirement plans in their 30s, then increase the amount of retirement savings in their 40s, and so forth. That may work for people who live in areas with a low cost of living and who are not carrying much debt. But that’s a tough road to take in the metro DC area. I’ve watched many of my friends spend their 20s repaying their student loans while incurring credit card debt to keep up with the cost of living on entry-level salaries. By the time they have paid off their debt and are earning enough money to pocket some of it at the end of the month, they are in their early 30s and are just learning to create a habit of saving. Work and family consumes most people at that age, so learning about investing falls pretty low on the priority list. 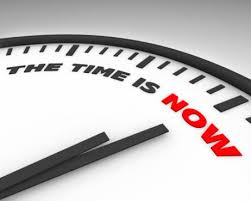 For my friends who are in their 20s and 30s, I have recommended following all of those suggestions in order but ASAP, ideally in 5 years or less. Learn about financial planning now, whether it’s the Money Talk series through Virginia Cooperative Extension, a quick read of personal finance articles on eXtension.org, or a personal finance book. At this point, it’s an hour a week class or 15 minutes, 3 – 4 days a week during your lunch break or commute. At this rate, you’ll probably be able to generate some executable ideas for yourself in a month or two. Make small changes each month or each season to speed up debt repayments or increase savings. One of my friends was stunned to see how much money she saved by taking her lunch to work. (The weight loss was a nice by-product.) I had a similar reaction when I stopped taking cabs and relied only on the metro or my own feet for transportation. Neither of these actions had any noticeable impact on our social lives or overall happiness.  As soon as that debt is paid, speak to a human resources representative about contributing to a retirement plan at work. Don’t worry if it’s $100 a month to start.* If your employer doesn’t offer a retirement plan, talk to a bank about opening up an IRA. Applying the small changes theory, increase the contribution by $50 each year. (After five years, you will have contributed $12,000 along with any investment gains or losses. ) The point is, saving a little now is a lot easier than catching up later.

Also, while we can’t rewind our own clocks, we have an obligation to prepare the next generation. The biggest influence on my financial behavior is probably having a savings account where I could save a percentage of my birthday/tooth fairy/report card money. I felt so grown up when I received the monthly statement, and I was giddy when my balance crossed the $100 mark. At a later age, I could save part of my weekly allowance (which I only received if I completed my assigned chores – talk about strict parents!). It helped instill the notion of saving as an end in itself, not a means to buying the next teen idol’s album.

The sum of birthday money and allowances and the money saved by choosing public transportation and brown bag lunches may not appear to make a significant dent in the cost of a college education. But the lessons of saving and thoughtful financial decision-making can be worth just as much.

*If possible, start with a contribution large enough to get the full employer match for a 401(k).