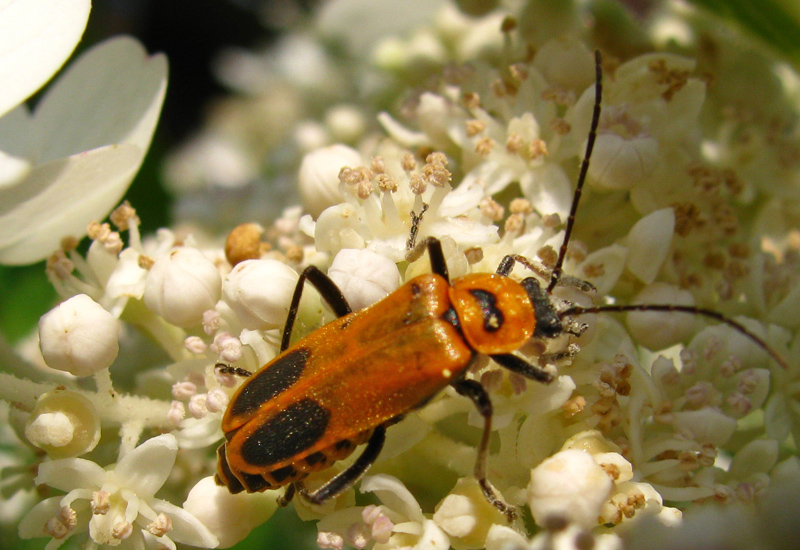 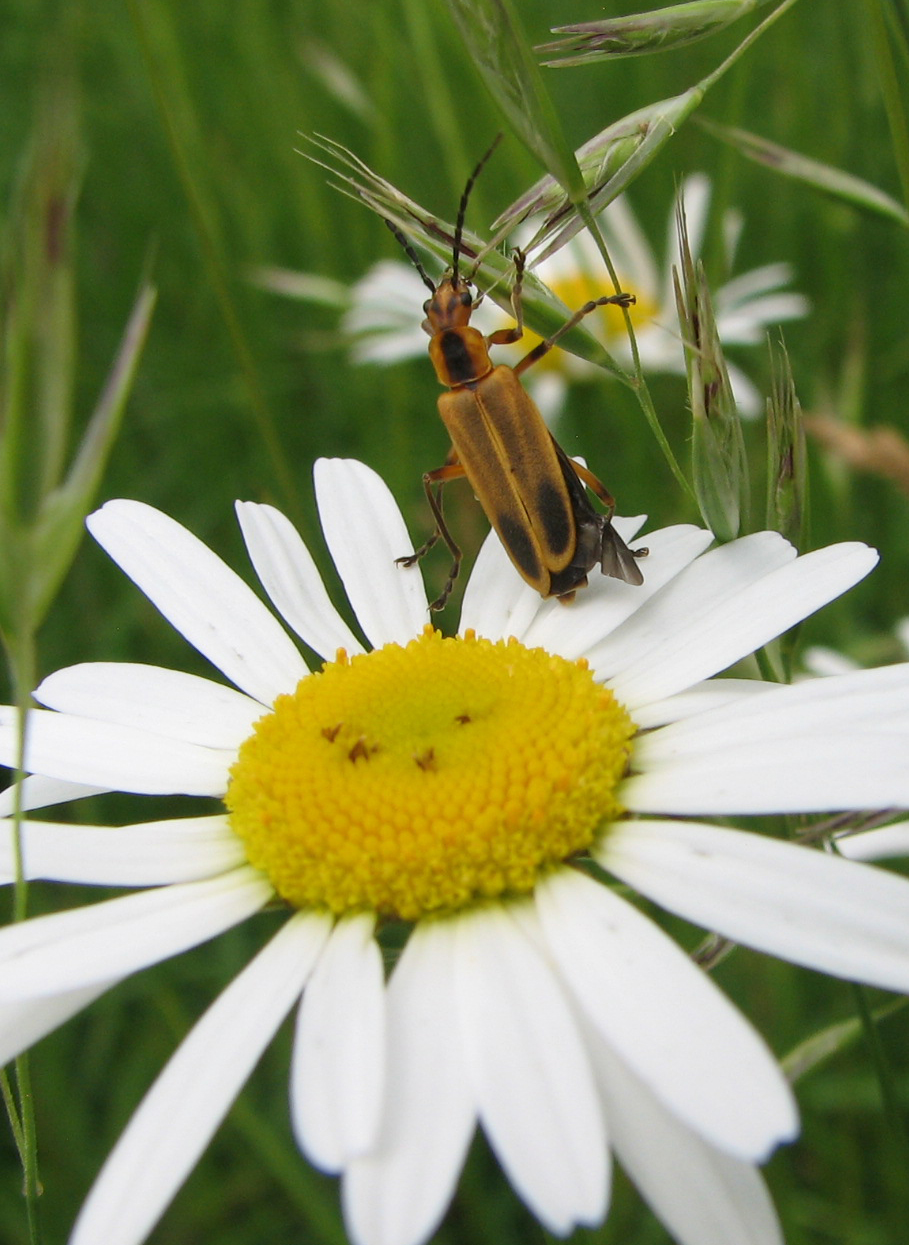 Though soldier beetles resemble fireflies, they lack the light-producing organ on their abdomen and their head is not concealed from above. Cantharid beetles in general are elongate with soft and flexible elytra. The two Chauliognathus species range in size from 1/2 to 5/8-inch long, and have yellowish to orange elytra. Pennsylvania leatherwing has two prominent brown-black spots near the tips of the elytra and a black spot in the center of the pronotum. In contrast, the elytra of the margined leatherwing can vary considerably in the amount of dark markings and the dark marking on the pronotum is a band that reaches both the front and the back edge. Another way to differentiate these two species is the time period that the adults are present; Pennsylvania leatherwing adults are active in the fall and margined leatherwing adults are active in the spring. This is also important in regards to conservation biological control as flower resources need to be available in early spring for one species, and in late fall for the other.

Leatherwing beetles have one generation per year. Adults of both species typically feed and mate on flowers. Eggs are deposited in clusters in the soil, and hatch in ~10 days. Tiny neonate larvae are white-colored and display little or no activity until first molt. After about 24 h, they take on C shape. With each successive molt, the larvae darken in color until eventually reaching a black velvety appearance. Activity also increases as the larva develops. Leatherwing larvae are voracious predators consuming a multitude of soft-bodied insects.   A single predatory larva can consume several egg masses of Colorado potato beetle, or aphids, or small lepidopteran larvae in one day.  In the lab, they feed upon many different prey species. 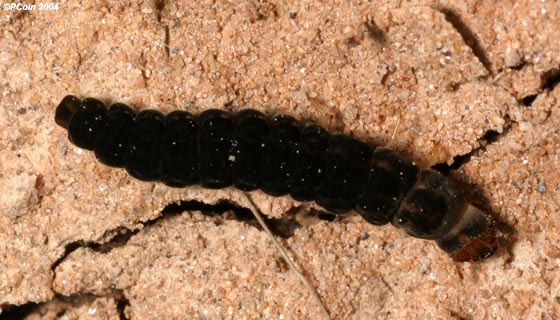