It appears that wheat harvest will be 1 to 2 weeks ahead of schedule this year.  We actually harvested some high-moisture wheat and planted soybean plots behind it today (May 31) in northeast N.C.  This is good news for soybean.  Earlier planting means greater yields!  This is clearly shown by the recent data obtained from our multi-state, multi-year double-crop project. 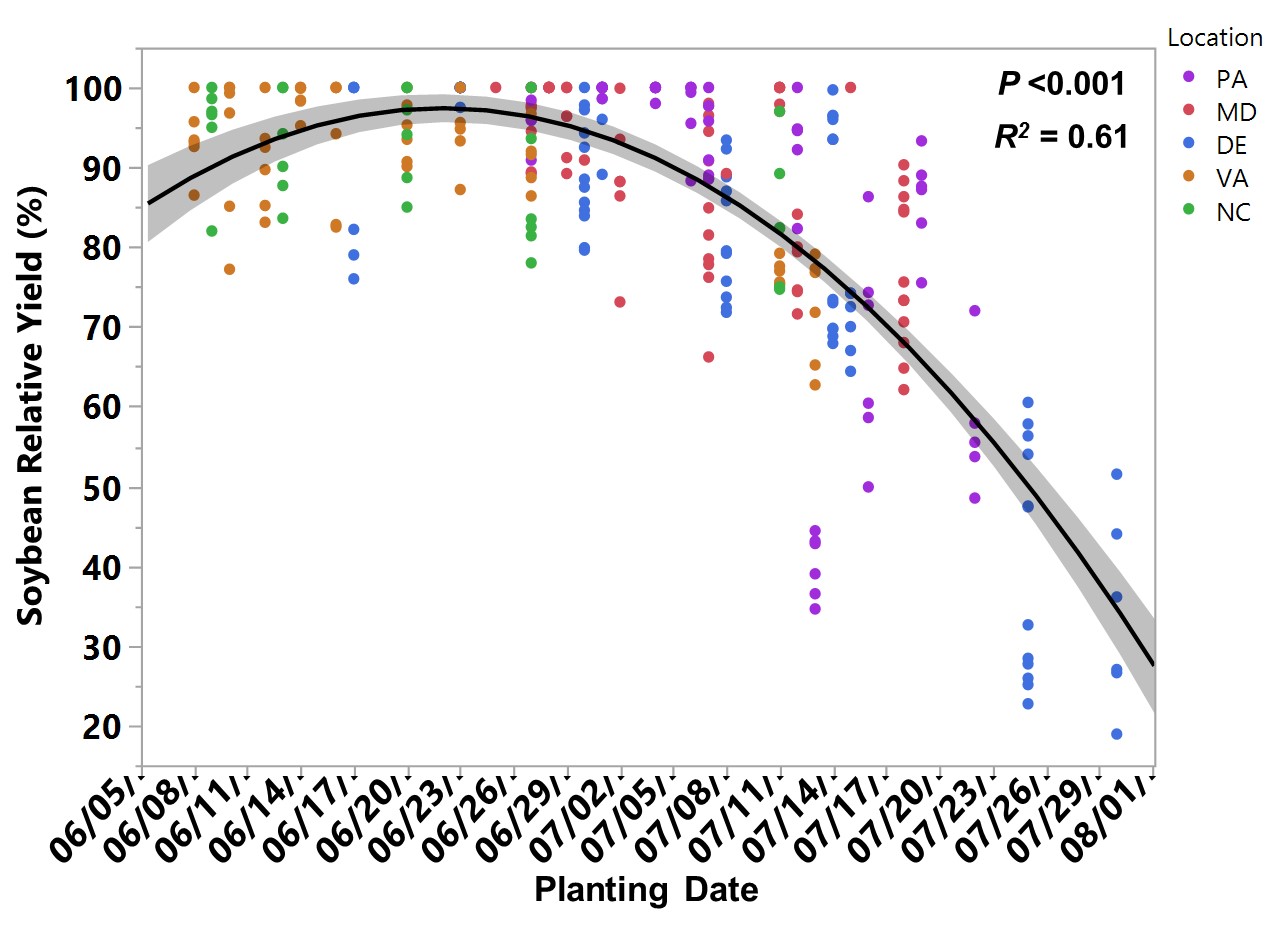 With earlier planting, have my recommendations for double-crop soybean changed?  In general no.  But below are a few things to consider.

Seeding Rate:  In general, you can probably back off on your seeding rates from what you were planning if you get your double-crop soybean in by mid-June.  I’d suggest that you start out with 120-160,000 seed/acre (depending on when you start planting) and gradually ramp that up by 20-30,000 for each week delay in planting.  For more information, see my recent blog, Soybean Seeding Rates for June and Later.

Relative Maturity:  Actually, my standard recommendation still stands, more or less.  Plant as late of a relative maturity (RM) as possible that will mature before the frost.  However, there are now some caveats.   By planting a week earlier, you’ll gain about 3 days in maturity.  Although a slightly later RM may work, I wouldn’t count on it – frost date will affect this more than planting date.  So, don’t plant a later RM.

But, can you plant an earlier RM, say go from an early-5 to a late-4?  Possibly.  Why do I say this?  Two things.  First, by planting a week or two earlier you have greater yield potential (see the above graph), which is due to the ability to grow more leaves.  So your yields are not necessarily so dependent on leaf area as they are with a late-June to early-July planting.  A slightly earlier RM planting in early- to mid-June will only have slightly less leaf area than a later RM.  And, we have generally found that under greater yield potentials, early RM will yield more than later ones.  Still, these are not great reasons to change your RM.  Generally, stick with what you planned.

1 thought on “Greater Yields are Possible for Double-Crop Soybean in 2017!”