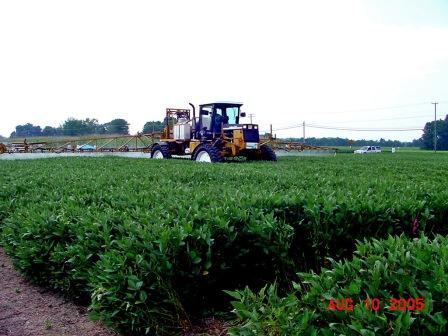 was critical to obtaining good disease control with foliar fungicides.  At that time, we were trying to prepare for an invasion of soybean rust.  The problem was that soybean rust (and most other diseases) would begin establishing itself in the middle and lower leaves of a full-canopied crop.  Getting enough spray droplets deep into the canopy was required for adequate control.

Although we have yet to see soybean rust early enough in the growing season and at great enough levels to cause a yield loss, we think our efforts to educate the agricultural community on proper application paid off.  Foliar fungicide sprays, now being used to control other soybean diseases, are reaching their target and penetrating to the middle and lower canopy.  Most importantly, it takes spray volumes of 15 to 20 gallons per acre (GPA) and medium-sized droplets to obtain good coverage.

Now we have another pest, the kudzu bug, which will likely require a similar spray strategy in order to get the pesticide down into the canopy where it needs to be.  Although this pest can be found on upper leaves and stems, past observations from states to our south indicate that it likes to bury itself well into the canopy on stems and lower leaves.  Therefore, revisiting nozzle and sprayer strategies for optimum control of this and other pests are warranted.

The single most important factor affecting prevention of disease and/or control of insect pests is good coverage of the plant with pesticide.  Fortunately, the technology is available.  You may however incur additional expenses with adaptation to current application equipment.

Remember the five major principles that result in satisfactory and economic control of the problem: 1) Positive identification of the insect pest or disease; 2) Correct pesticide; 3) Selection of the right equipment, particularly the right type and size of nozzle; 4) Timely application; and 5) making sure of the accuracy of equipment to confirm correct application amounts based on label recommendations.

First and probably most important, apply 15 to 20 gallons per acre of spray solution when using ground applicators.  Only with enough volume can we penetrate a large soybean canopy and cover the leaves with pesticide.  With aerial applications, this can be reduced to 5 gallons per acre (see the pesticide label for specific requirements). 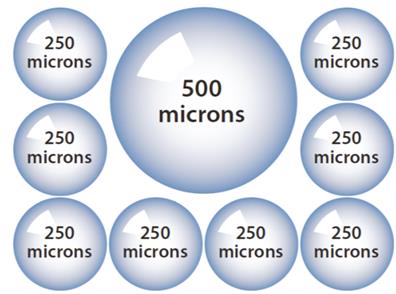 Flat-fan pattern nozzles are still the best choice as long as most of the droplets from these nozzles are categorized as medium.  A flat-fan nozzle will normally be operated between 30 and 60 pounds per square inch (psi), with an ideal range of 30-40 psi.  Extended-range flat-fan nozzles are a modification of the flat fan that allows the applicator to spray at lower pressures and still maintain uniform distribution.  Regardless of the type of flat-fan nozzle selected, insure that the selected nozzle size will produce a medium-sized droplet at the operating pressure range and speed that the sprayer will be traveling.  Most nozzle catalogs will contain this information.  An example is shown below. 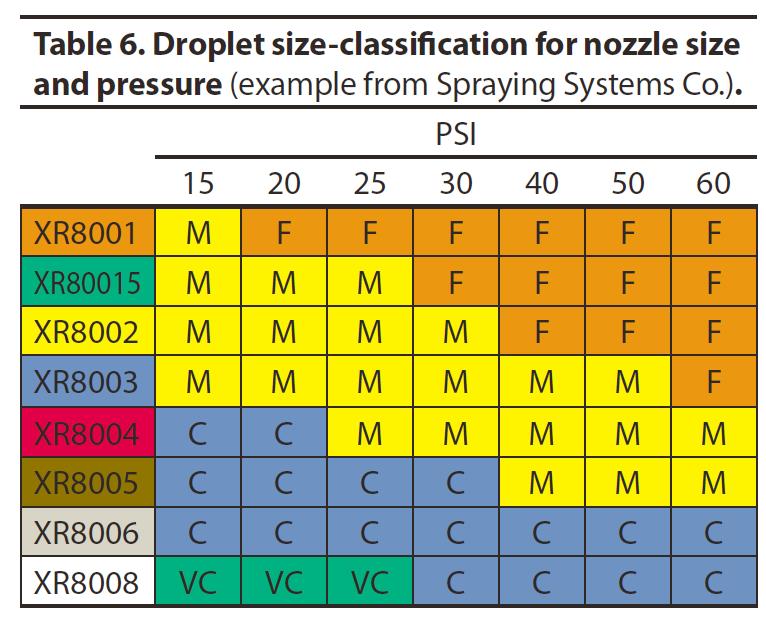 The twin orifice flat-fan nozzle produces two spray patterns: one angled 30 degrees forward and the other directed 30 degrees backward.  Such a nozzle may provide better penetration and coverage of plants with fully developed canopies. This is mainly due to being able to double the gallons per acre while still maintaining the desired droplet size.  Still, hitting the target from two different angles, with one forward and one backward spray pattern may also provide a more effective coverage than spraying with just one spray pattern shooting down.  Twin orifice nozzles can be designed with a twin spray pattern from one tip or special fittings/caps that allow the producers to place two nozzles in the same cap, one pointed forward, and the other one pointed backward. Nozzles producing cone pattern are not recommended for foliar soybean diseases; droplets are usually too fine and will not penetrate the canopy. 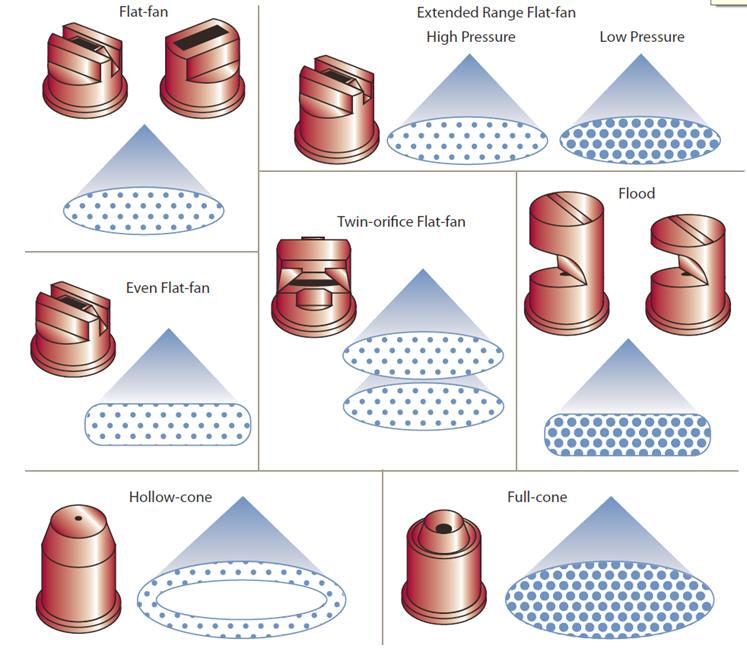 Here are recommendations to help achieve the best coverage and control when spraying for soybean rust.