Over the past week, it seems that we’ve been living in a rainforest.  Today is the first day  in several that it has only rained once.  Pluse, we’ve had several very hard rains each day.  In many areas, we’ve had more rainfall after Hurricane Irene that we received during the that storm.

These wet and humid conditions have set up our double-crop soybean for some late-season foliar disease.  If you haven’t sprayed your soybean and they have not yet reached the R6 (full-seed stage), you may want to consider another fungicide application.  We have seen yield responses, when conditions were right, as late as the R5 stage. The soybean pod below is still in the R5 stage (the seed are not yet meeting), but will be at R6 in just a few days.  R5 is as late as you can legally spray soybeans with fungicides. 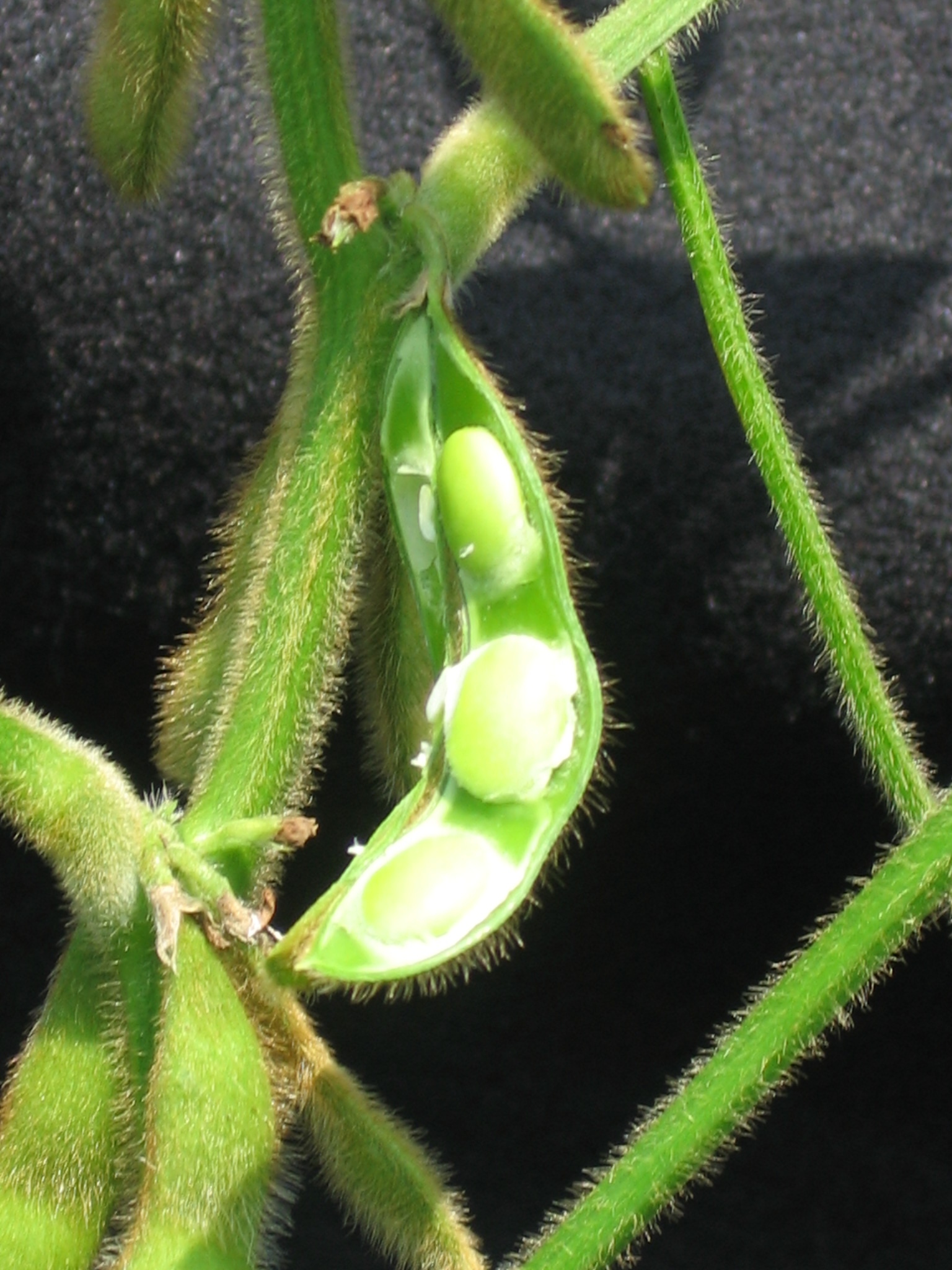 If you decide to spray, stick with the strobilurin fungicides such as Headline, Quadris, or Stratego.  Using a triazole fungicide (Folicur, Domark, Tilt, etc.) are not effective on most of our common foliar soybean disease.